As scrutiny over the global aviation industry’s impact on the environment intensifies, the search for sustainable alternatives has gathered pace. Samantha Webb, global offer development manager at Air BP, explains what the company and other stakeholders across the sector are doing to develop a new era of cleaner flying. 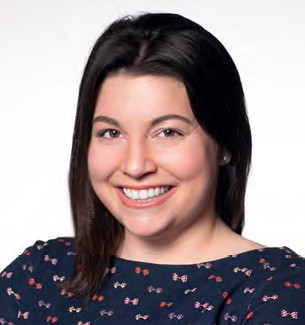 With the aviation sector setting its sights on net zero carbon emissions by 2050, one of the big challenges facing industry leaders is reducing CO emissions from air transport. According to the Air Transport Action Group (ATAG), worldwide flights in 2018 produced 895 million tons of CO, so there’s plenty of work to be done to meet that goal. The good news is that industry stakeholders, including Air BP, are committed to reducing carbon emissions in aviation.

As the aviation industry seeks to reduce its impact on the environment, there has been increased investment into sustainable aviation fuel (SAF). Produced from renewable feedstocks, such as used cooking oil or solid waste (including paper, plastics and food products) from homes and businesses, SAF can have a significant impact in reducing CO2 emissions in air transport. It has been designed as a ‘drop-in’ fuel and can be blended with traditional jet fuel by up to 50%. This means that any aircraft certified for using the current specification of jet fuel can use SAF, and it is fully compatible with existing airport infrastructure.

What’s more, IATA figures show that when SAF is blended with traditional sources it can reduce the carbon footprint of aviation fuel by up to 80% over its full lifecycle. 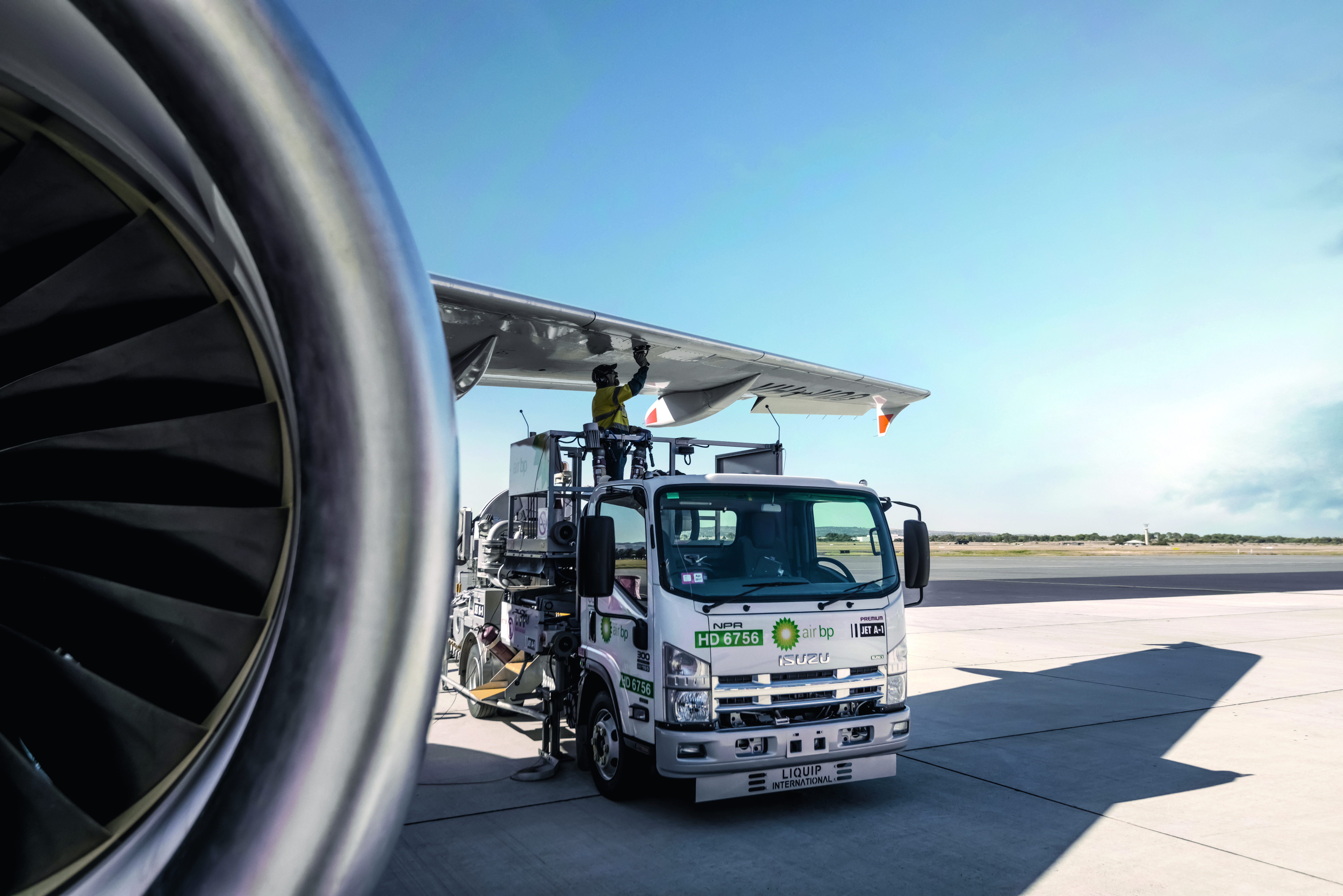 The firm works with a range of turbine and piston-engined types from general aviation aircraft through to super jumbos.

To date, Air BP’s SAF has been used to fuel many different types of aircraft, from small private jets to large passenger airliners. In 2010, Air BP supported the Brazilian airline TAM (now LATAM Airlines Group) for its first SAF test flight. This was followed in 2016 by Air BP becoming the first operator to start the commercial supply of SAF through an existing hydrant fuelling system, at Oslo Airport. Since then, the company has provided SAF to 15 locations across three continents.

In another first, Air BP collaborated with various industry players including Braathens Regional Airlines, the aircraft manufacturer ATR, and the renewable fuel producer Neste to achieve ‘The Perfect Flight’ in May 2019. The journey from Halmstad City Airport to Stockholm/Bromma in Sweden, was powered by SAF supplied by Air BP and produced by Neste.

This marked the first time that every element in the flight management process on a regional departure had been optimised to keep carbon emissions to a minimum and resulted in a 46% reduction in emissions compared with regular flights on this route. Further demonstrating its aim to lead the way to a sustainable aviation future, Air BP has collaborated with two companies to increase SAF production. In 2016, it invested $30 million in Fulcrum BioEnergy. The Californian firm is currently building a plant in Reno, Nevada, that will produce sustainable transport fuel made from household waste and plans to construct a second facility that will produce SAF. Ultimately Fulcrum intends to supply Air BP with more than 50 million US gallons of SAF per year. More recently in 2018, Air BP signed an agreement with Neste to develop the supply and availability of SAF around the globe. 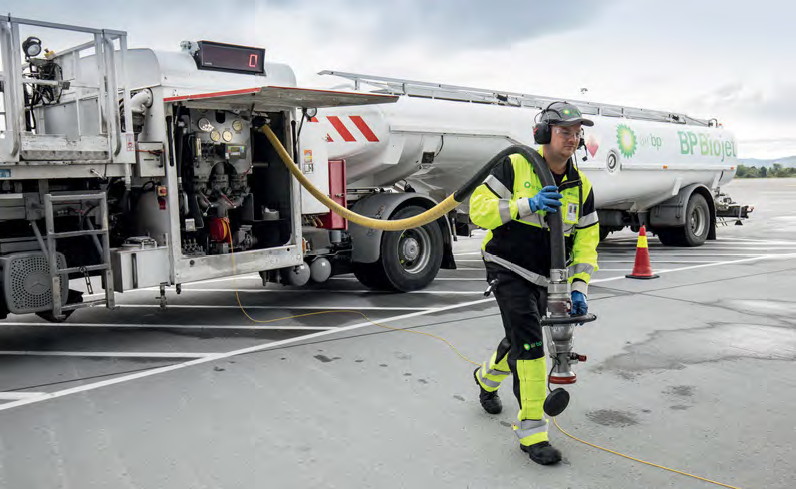 Air BP operates in a variety of environments to ensure aircraft are refuelled safely and efficiently.

There is also a drive from the business aviation community to reduce its impact on the environment through the wider adoption of SAF. In 2018, a global coalition of stakeholders joined forces to launch a sustainable aviation fuel initiative and business aviation guide to SAF. This was followed by the first fly-in to the European Business Aviation Convention and Exhibition (EBACE) in Geneva, Switzerland in 2019 using the sustainable fuel. In support of the initiative, Air BP supplied customers travelling to the show with SAF at Caen Carpiquet Airport in France and at Stockholm/Arlanda in Sweden.

So, why isn’t SAF more widely available? Currently, it is significantly more expensive to purchase than traditional aviation fuel and cost is a challenge to bringing it to market.

The higher price is due to several factors, including the current availability of sustainable feedstocks and the continuing development of new production technologies.

However, it is anticipated that the cost may come down as feedstock becomes more available and increasingly efficient production technologies are developed.

Although SAF will likely play an integral role in meeting the aviation industry’s carbon reduction targets, alternative options to diminish carbon emissions must continue to be explored. Development of more efficient aircraft and engine design, smarter operations that are less carbon intensive and the development of future technologies like electrification are all in the pipeline. We are already seeing aircraft engines that are lighter and more powerful, which mean they burn less fuel. In December 2019, the Canadian carrier, Harbour Air, celebrated a world first when its fully electric commercial aircraft made its inaugural test flight in Vancouver. The future certainly looks bright for electric flight; however, we are still some years away from this technology being rolled out on a commercial scale. In the meantime, there are other opportunities for companies to act immediately to develop a lower carbon future. 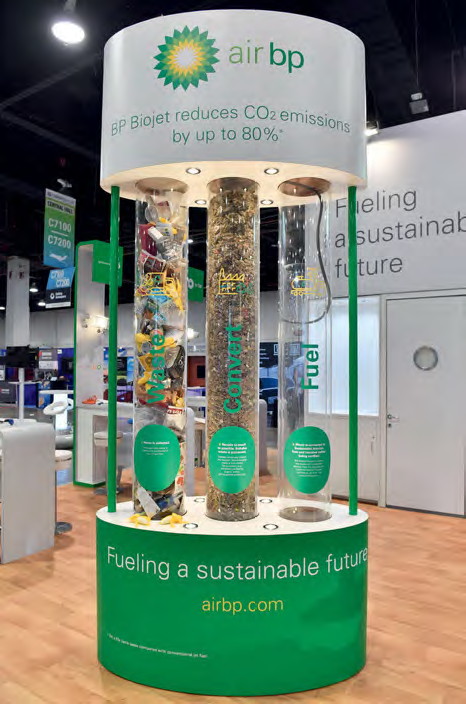 An exhibition stand illustrates BP’s commitment to taking waste from homes and businesses for conversion into sustainable aviation fuel (SAF).

Air BP is the first aviation fuel supplier to be independently certified carbon neutral for its into-plane fuelling operations globally. Across an international network of more than 250 Air BP-operated facilities, the company aims to drive efficiency by developing and using technologies, such as start-stop solutions on vehicles, improving operational efficiency of waste and stock management, and maximising options for supplying SAF, among other initiatives. Any residual CO2 emissions, following these reductions, are then offset through BP Target Neutral – a programme that enables the fuel supplier to mitigate emissions by purchasing carbon offset credits from environmental projects around the world selected by an independent forum of non-government organisations (NGOs).

As the world nears a future involving greater demands for air travel, creating a sustainable aviation industry is of paramount importance. While there are still plenty of hurdles to overcome, it’s clear the sector is playing its role in striving to achieve its ambitious net zero targets.