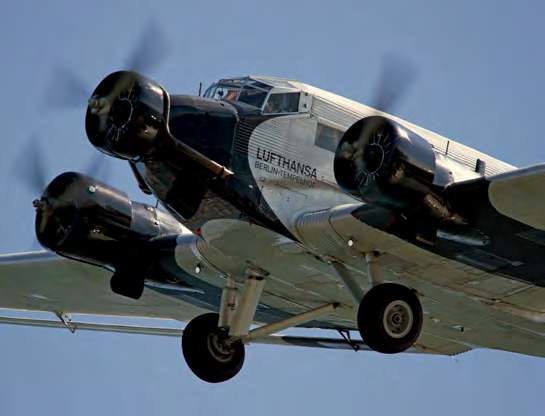 The Lufthansa Ju 52/3m ‘D-AQUI’/D-CDLH Berlin-Tempelhof at the 2015 Jersey International Air Display, its most recent visit to the British Isles.
BEN DUNNELL

On 21 January Lufthansa announced that it is withdrawing funding for Junkers Ju 52/3m D-CDLH, which has been operated on passenger-carrying flights by the Deutsche Lufthansa Berlin-Stiftung (DLBS). The Hamburg-based, 1936-built Junkers has flown in Lufthansa colours since 1986, and typically carried more than 10,000 passengers on sightseeing flights every year.

Lufthansa says the withdrawal of support is a cost-cutting measure, the tragic accident that befell Ju-Air Ju 52/3m HB-HOT in August 2018 with the loss of 20 lives having no bearing on the decision. It is possible that D-CDLH may still see use for air display and other non-passenger-carrying work.

The German flag-carrier also withdrew support from the restoration of Lockheed L-1649 Starliner N7316C to flying condition in Auburn, Maine in June 2018. The machine is now to be moved by sea to Hamburg where a decision on its future will be made.