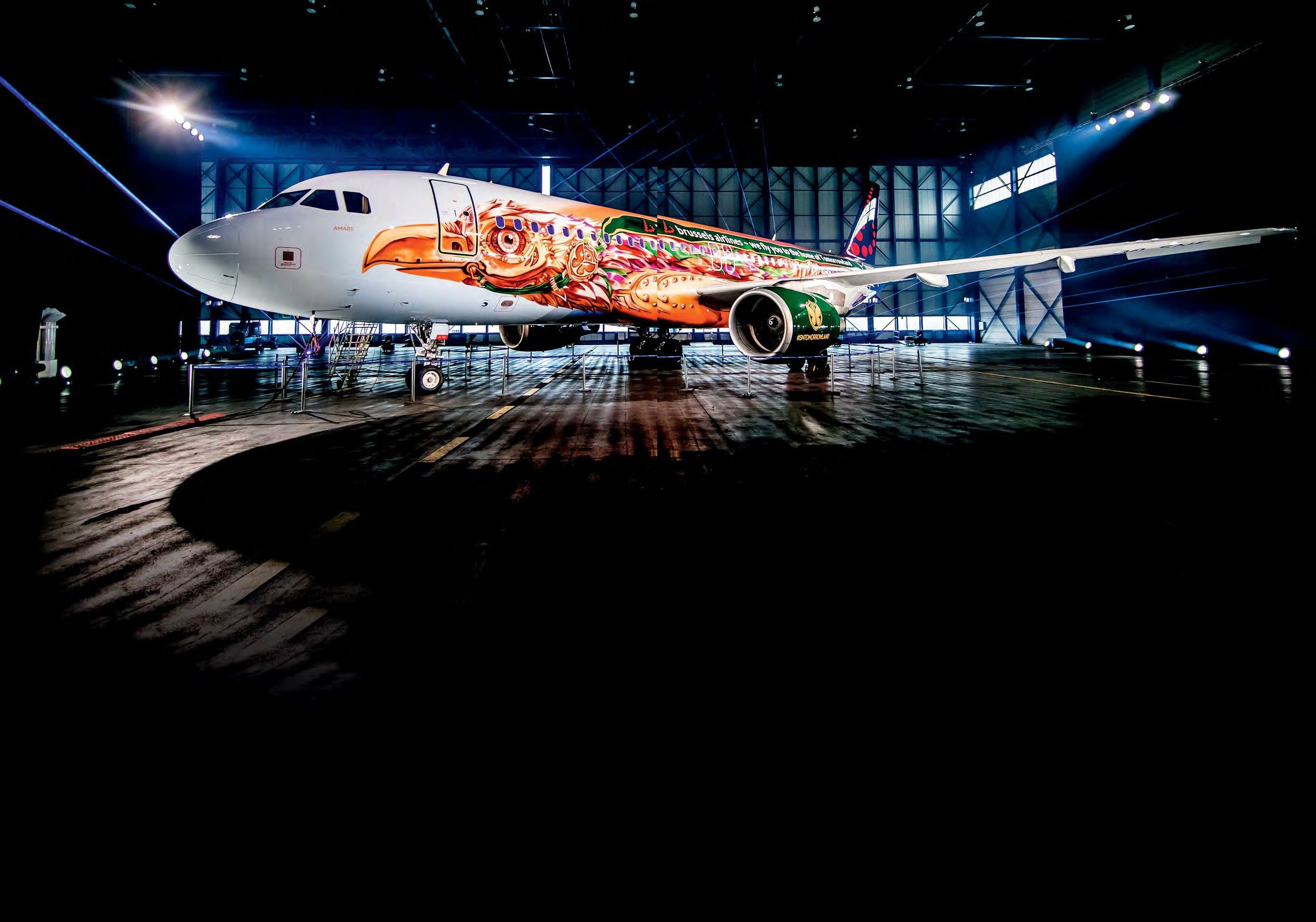 Brussels Airlines’ Amare livery, which promotes the Tomorrowland electronic dance music festival, is among the Airbourne Colours chairman’s favourite projects. The striking colour scheme was applied to one of the carrier’s 16 Airbus A320ceos, OO-SNF (c/n 2810), in 2017
BRUSSELS AIRLINES

It is ten years since Airbourne Colours set up shop in one of the old BAC One-Eleven hangars at Bournemouth Airport – the company’s first job, a Boeing 737-300, painted for next door neighbours European Aviation Group. In the following decade, the firm has grown from what chairman Steve Darbyshire described as “the new kid on the block” to the UK’s market leader.