The Lancaster used by Wing Commander Guy Gibson on the Dams raid survived the war, but was ultimately scrapped. Nigel Price charts the history of this famous aircraft. 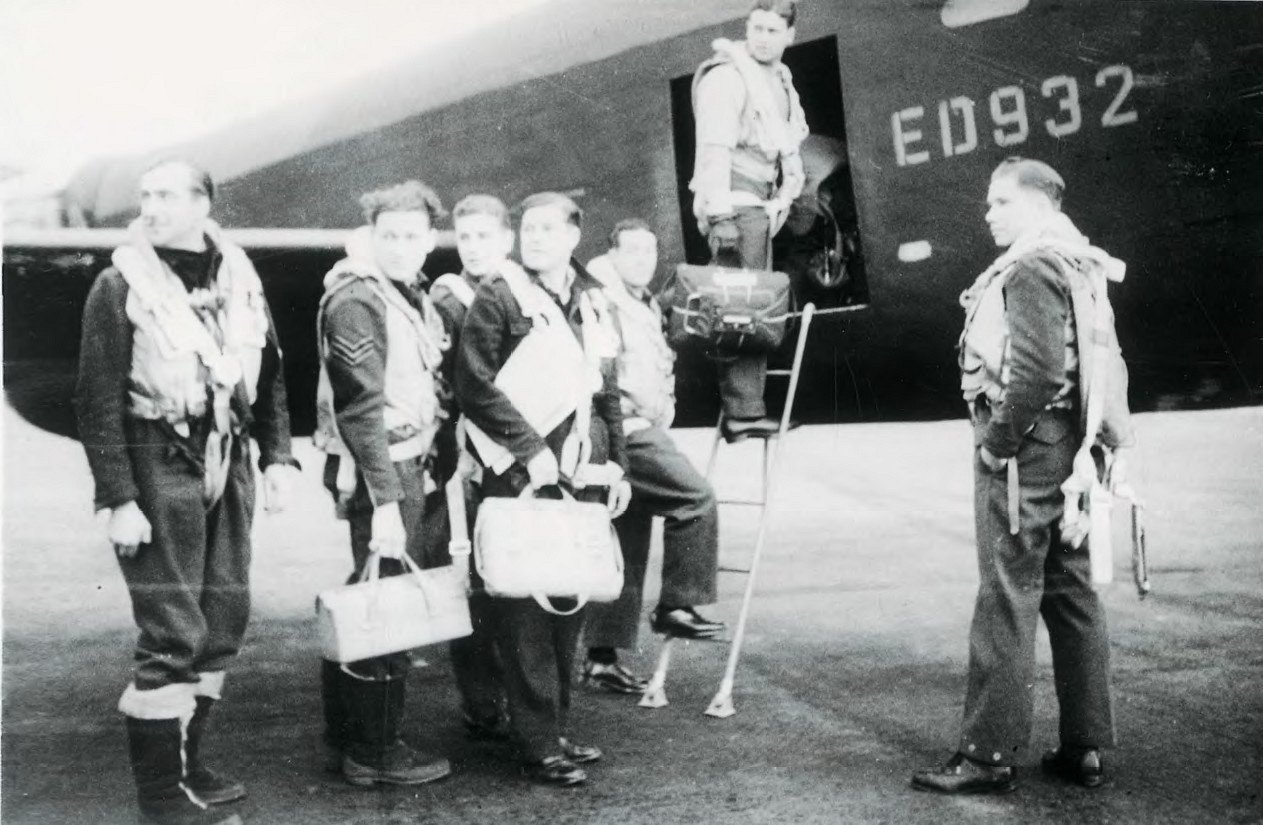 Guy Gibson (second from the right) and his men boarding their aircraft shortly before taking off on the dams raid on May 16, 1943.
All photos via Andy Thomas unless stated 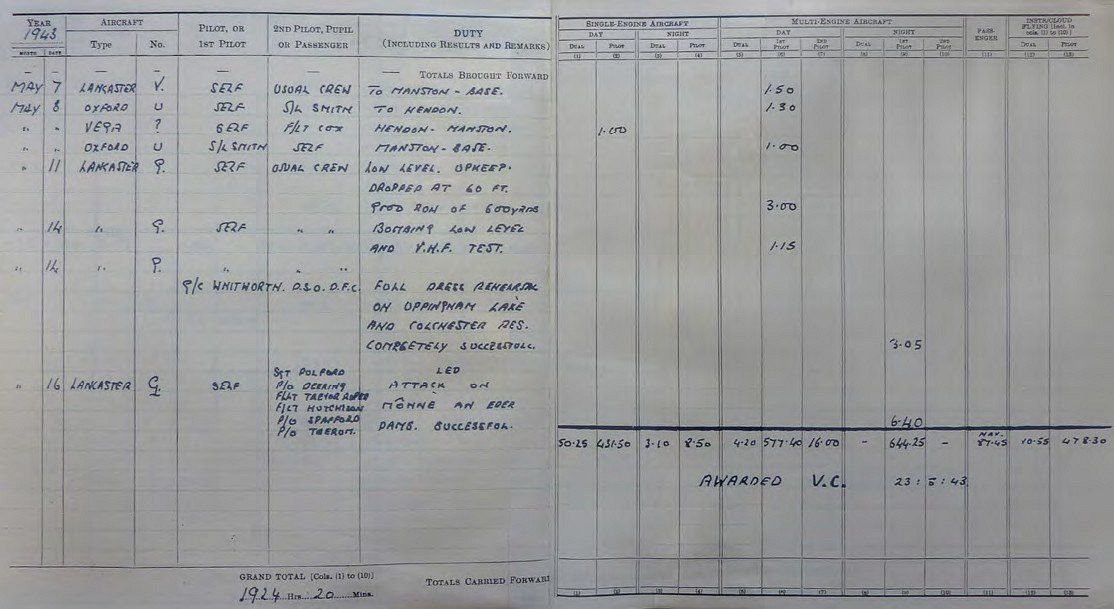 The page in Guy Gibson’s logbook for May 16, 1943. This historic document is held at the RAF College Cranwell, Lincolnshire.

May 16, 1943. Britain and her Allies were locked in a desperate struggle with Hitler’s Germany and its partners – war in Europe had been raging for nearly four years and there was no end in sight. Destroying the Nazi’s industrial heartland was a prime objective for the RAF’s Bomber Command, and the newly-formed 617 Sqn aimed to strike a deadly blow by breaching the mighty Ruhr dams.