Hamburg hosted the G20 Summit on July 7 and 8 with leaders from the world’s largest economies flying into the German city from around the globe. 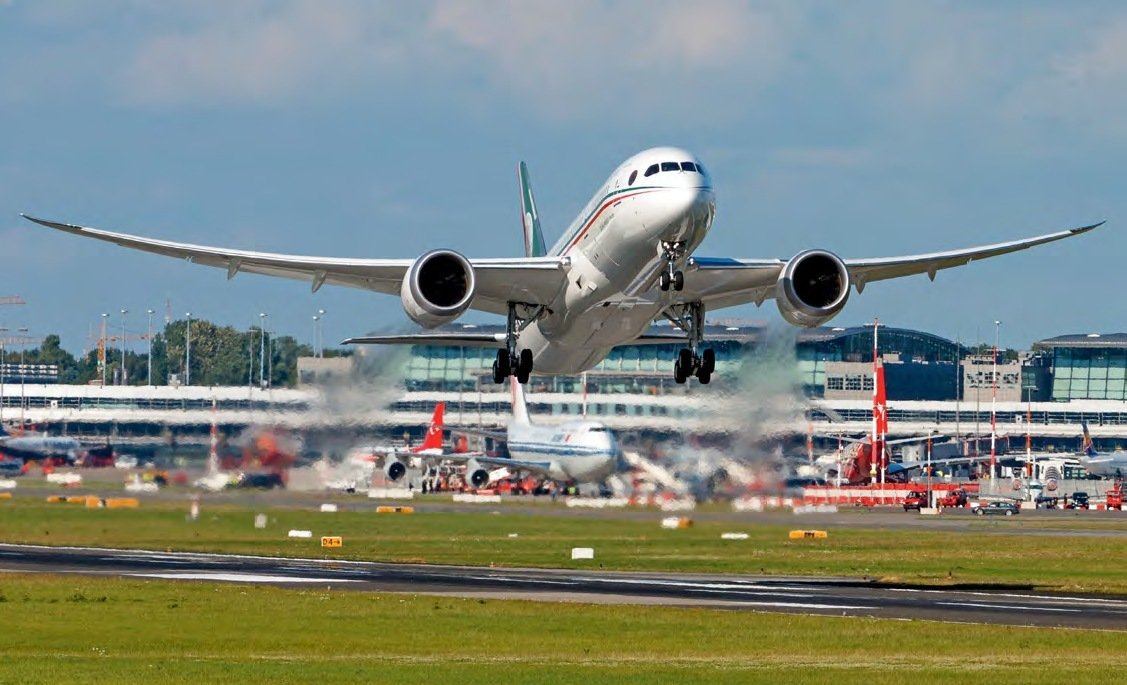 Mexican Air Force Boeing 787-8 Dreamliner XC-MEX/TP-01 (c/n 40695) blasts off from Hamburg with an interesting selection of visiting aircraft on the ramp below.

Arguably the most recognisable aircraft to visit the summit was USAF VC-25A, 92-9000 (c/n 23825), which arrived as ‘Air Force One’ with President Donald Trump on board. BJOERN TROTZKI