Getting back on schedule 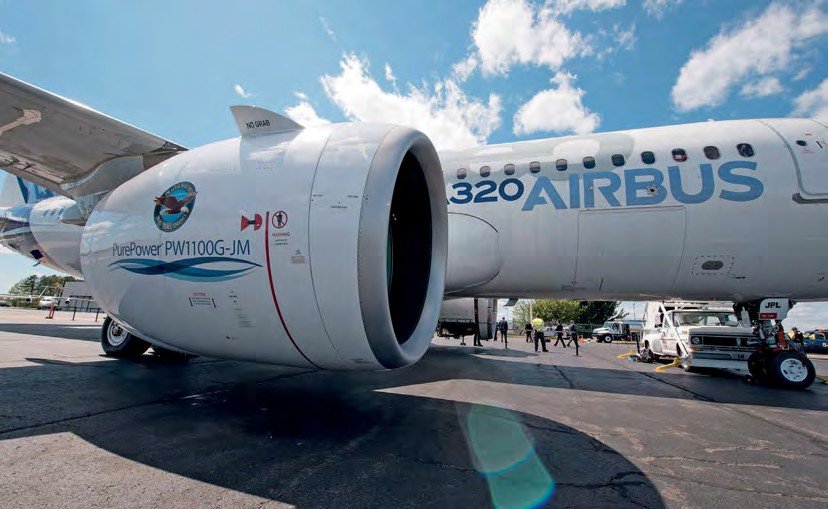 ALTHOUGH NOT detailing exactly when P&W expected to redeliver to Airbus all 55 returned engines (each with a knife-edge seal of the pre-December design in place of the problematic, modified seal), Leduc said Pratt & Whitney would be able to “catch up” by the third quarter on its schedule for deliveries of new PW1100G-JM GTF engines to Airbus. Admitting that, as a result of having to respond immediately to the knifeedge seal safety issue, P&W’s production of new GTF engines in the first quarter had been less than called for by its original 2018 production schedule, Leduc declared that Pratt & Whitney would fully meet its 2018 GTF production commitment to Airbus.

However, Leduc was less open with investors at the March 16 meeting as to how many GTF engines Pratt & Whitney actually expects to deliver in 2018. UTC CEO Hayes and several senior P&W executives had previously said publicly that P&W expects to deliver from 700 to 800 GTF engines this year and believes the total will be in the upper part of that range, at least 750 to 760 engines. However, Leduc declined to confirm this expectation on March 16, other than saying that P&W expects to deliver more than 2,500 GTFs in the next three years. Leduc’s presentation on March 16 also included a slide which indicated the engine manufacturer expects more than 10,000 GTFs to be in service by 2025, which strongly implies that P&W expects to deliver at least 1,500 GTF engines annually in the five years from 2021 through 2025. Leduc said his reason for declining to provide a 2018 GTF production estimate was that he didn’t want financial analysts, or GE Aviation CEO David Joyce, to be able to work out P&W’s exact 2018 saleprice loss per individual engine. However, he had already admitted to investors on March 16 that the knife-edge seal issue is costing P&W some $50 million through having to revise its production schedule and in reworking the 98 engines affected by the knife-edge seal problem.

Leduc added this extra cost would increase the GTF programme’s negative cost margin for 2018 to about $1.2 billion. Given P&W’s previously stated delivery guidance of at least 750 GTFs this year, its 2018 average negative margin per engine – i.e.how much more it is costing P&W in 2018 on average to manufacture each GTF engine than the engine’s selling price – looks likely to be about $1.6 million.