Troops look on as Royal Netherlands Air Force CH-47D D-103 of 298 Squadron works with an RNLAF AH-64D and a German Army NH90 TTH out of Deelen.
All photos Manolito Jaarsma 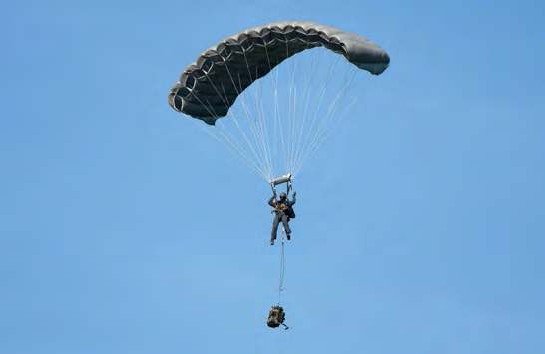 A German Army pathfinder from the Division Schnelle Kräfte descends on his objective during Falcon Autumn.