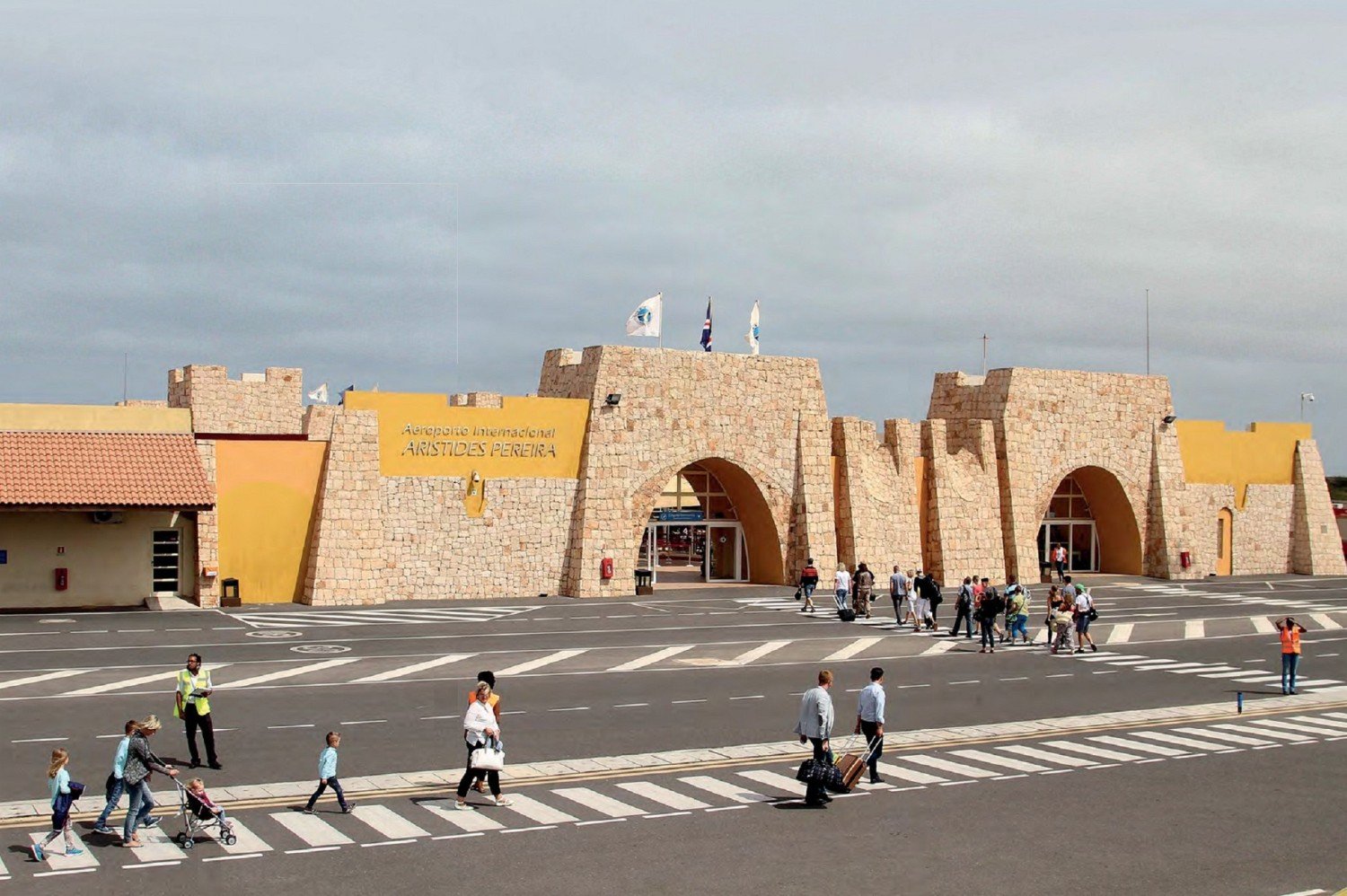 The architecture of the terminal incorporates Portuguese, Spanish and Moorish elements. The frontage is built from local peachrose stone and passengers enter beneath two large arches. The building looks more like a fort than an airport. (All pictures Marcus Steidele)

Boa Vista (‘good view’ in Portuguese) is the third largest landmass in the Cape Verde archipelago, a group of ten volcanic islands 280 miles (450km) west of Senegal, Africa. Its 240sq miles (620km2) are largely desert and mountains, providing home to fewer than 10,000 inhabitants. But the popularity of its long golden beaches and all-inclusive resorts brought more than 500,000 passengers through Aristides Pereira International Airport (BVC) last year.