When most of the Formula One ield needed airlifting across the Atlantic prior to the 1963 US Grand Prix, BOAC’s sole Canadair CL-44 was an obvious choice

CL-44D4-1 N228SW, newly leased by BOAC, about to receive a cargo of 15 Grand Prix cars at Heathrow in late September 1963. ALL PHOTOS AEROPLANE 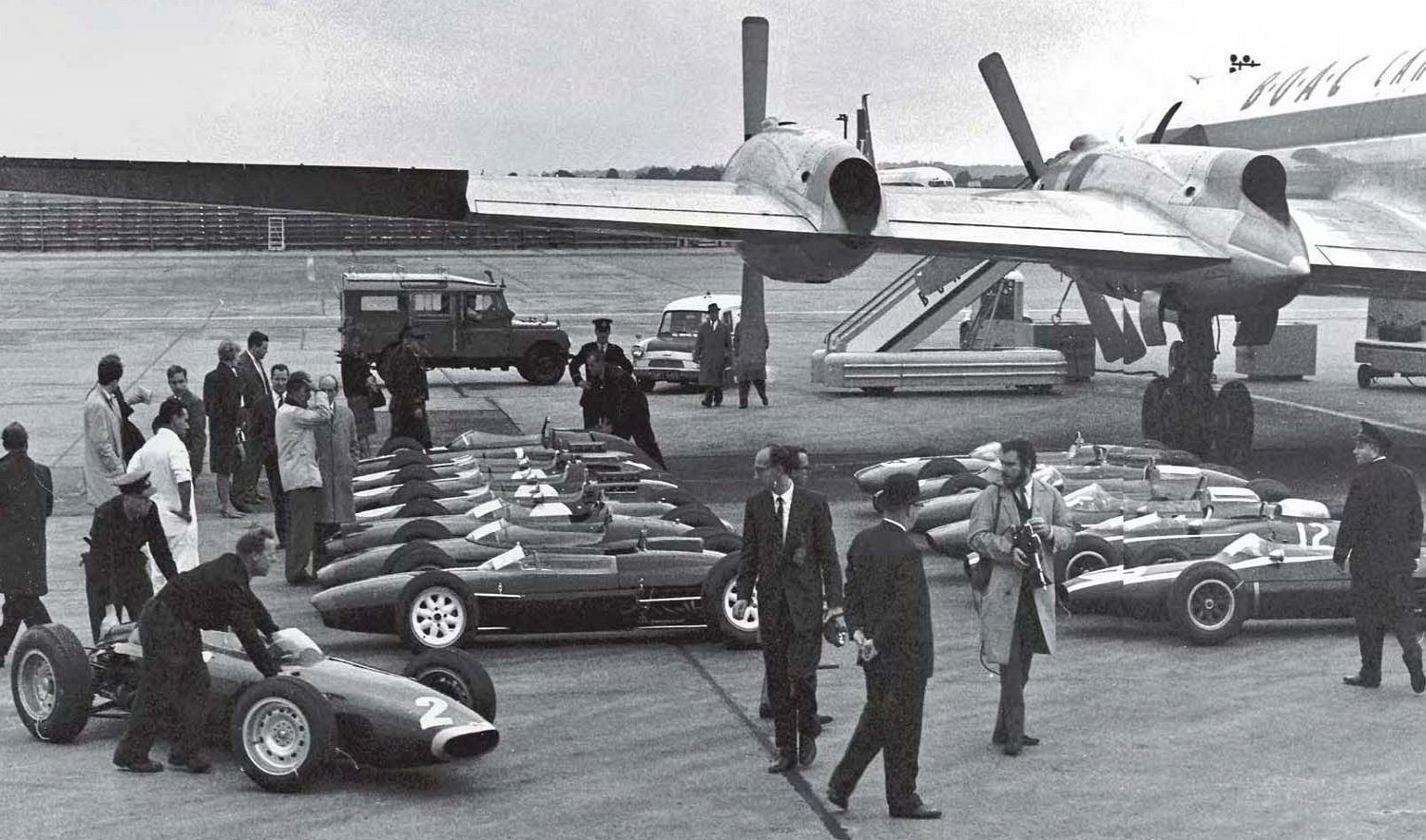 The number 2 BRM of Richie Ginther, who would finish second in the 1963 US Grand Prix to team leader Graham Hill, is wheeled towards the CL-44.

With 21 rounds in as many countries, the 2018 Formula One World Championship represents an enormous logistical undertaking, as much as anything else. According to official statistics, every competing team must travel somewhere in the region of 100,000 miles a year across five continents, when all races and test sessions are taken into account.