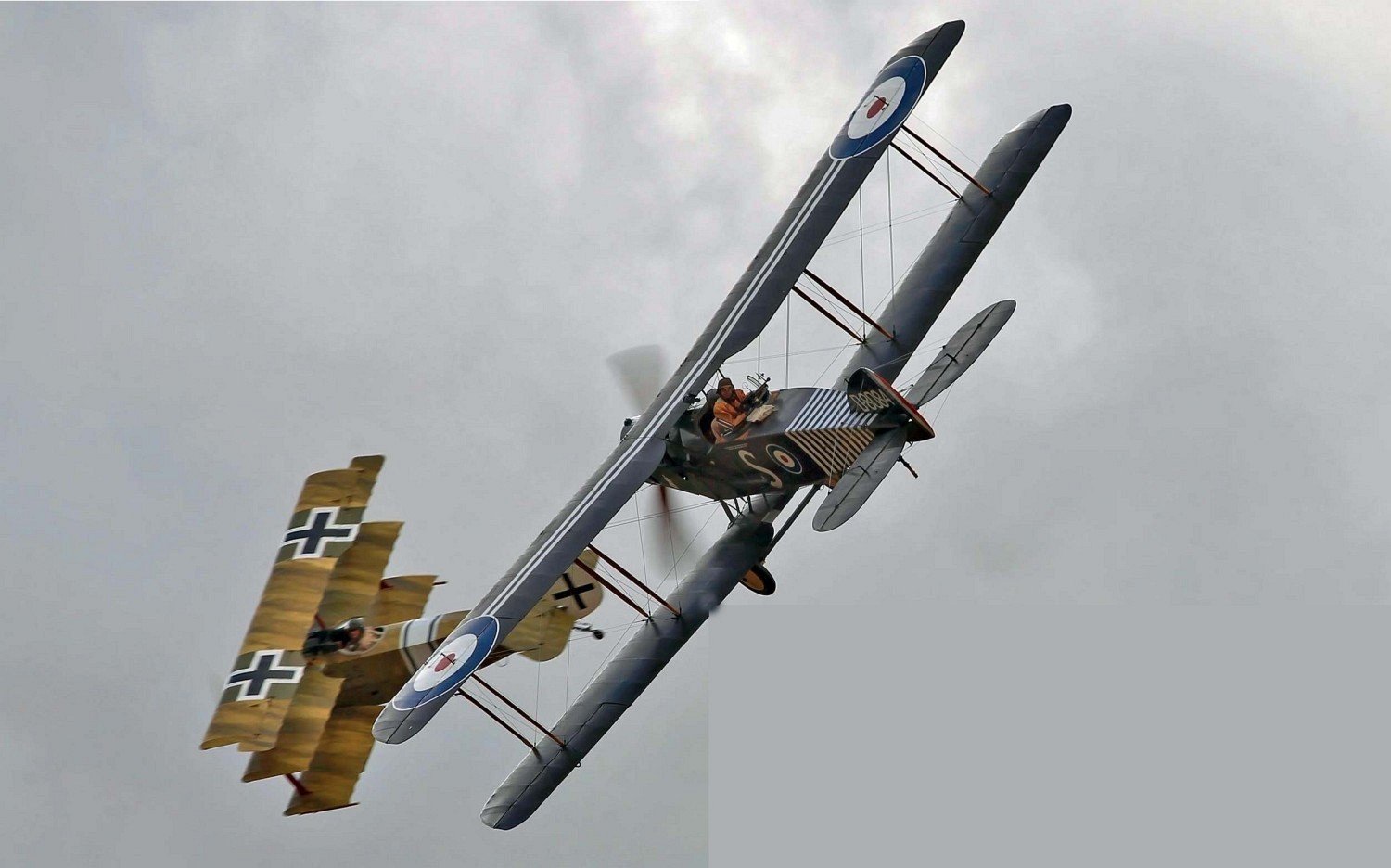 Andrew Vincent turns tightly in the Bristol Fighter to get on the tail of Dave Horrell piloting the Fokker Dr.1 Triplane. The ‘Brisfit’ was imported from the UK several years ago and is an original example.

World War One types – both original and reproduction – operated by The Vintage Aviator Limited (TVAL) took the spotlight at New Zealand’s Wings Over Wairarapa airshow. The event was organised over the weekend of February 23-24 at Hood Aerodrome, Masterton, but there were very few non- TVAL aircraft; many aerial exhibits failed to show due to forecast poor weather in the North Island and flying on the Sunday was cancelled. Fortunately, the predicted high winds did not occur on the Saturday, so the crowd was treated to several 30-minute flying routines marking the end of the Great War, and the achievements of TVAL.