Greece is one of the few remaining operators of the McDonnell Douglas F-4 Phantom II. Andrea Avian outlines the history and roles of the final unit to fly the legendary fighter in the Hellenic Air Force, 338 Mira 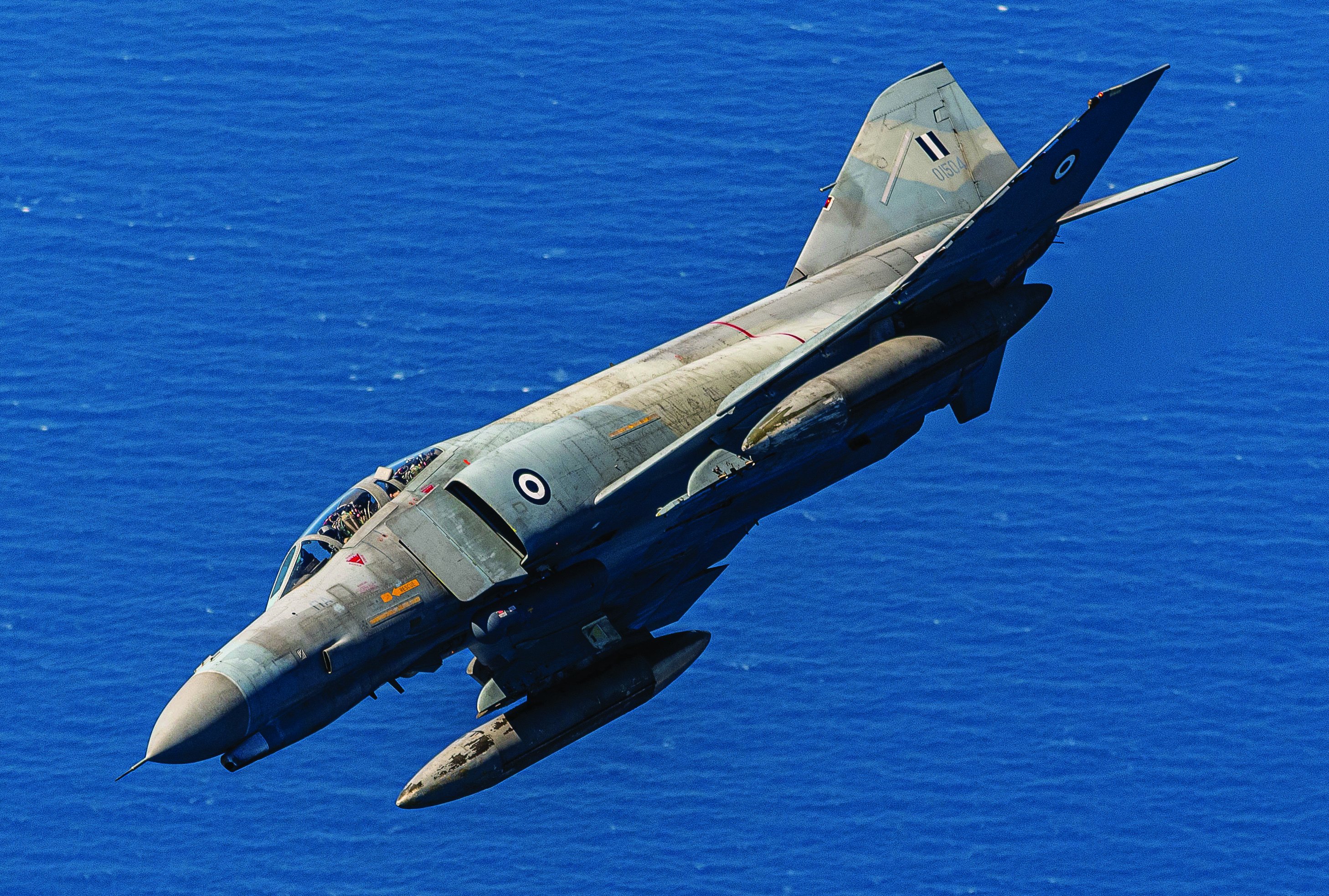 A Greek F-4E manoeuvres over the Aegean Sea. After decades of service, the Phantom is approaching the end of its career with the Hellenic Air Force
All photos Andrea Avian unless stated

The Hellenic Air Force’s last McDonnell Douglas F-4 Phantom II unit is 338 Mira (squadron) which was originally established on December 24, 1952, The squadron’s emblem is represented by Aris (Ares), the god of war. The emblem also includes the quote “H TAN H ENI TAS”, the phrase that Spartan women said to their sons when they handed over the shield to them – come back carrying it, or on it.