SAAB HAS FLOWN the first series production JAS 39 Gripen E (serial 39-6002), painted in a striking splinter scheme. The flight on November 30 saw Henrik Wänseth from the Swedish Defence Materiel Administration (Försvarets materielverk, FMV) in the cockpit for the 76-minute mission. It is the first Gripen E to feature the new wide-area display (WAD) and larger head-up display and it is joining the test program for acceptance and operational development flights. 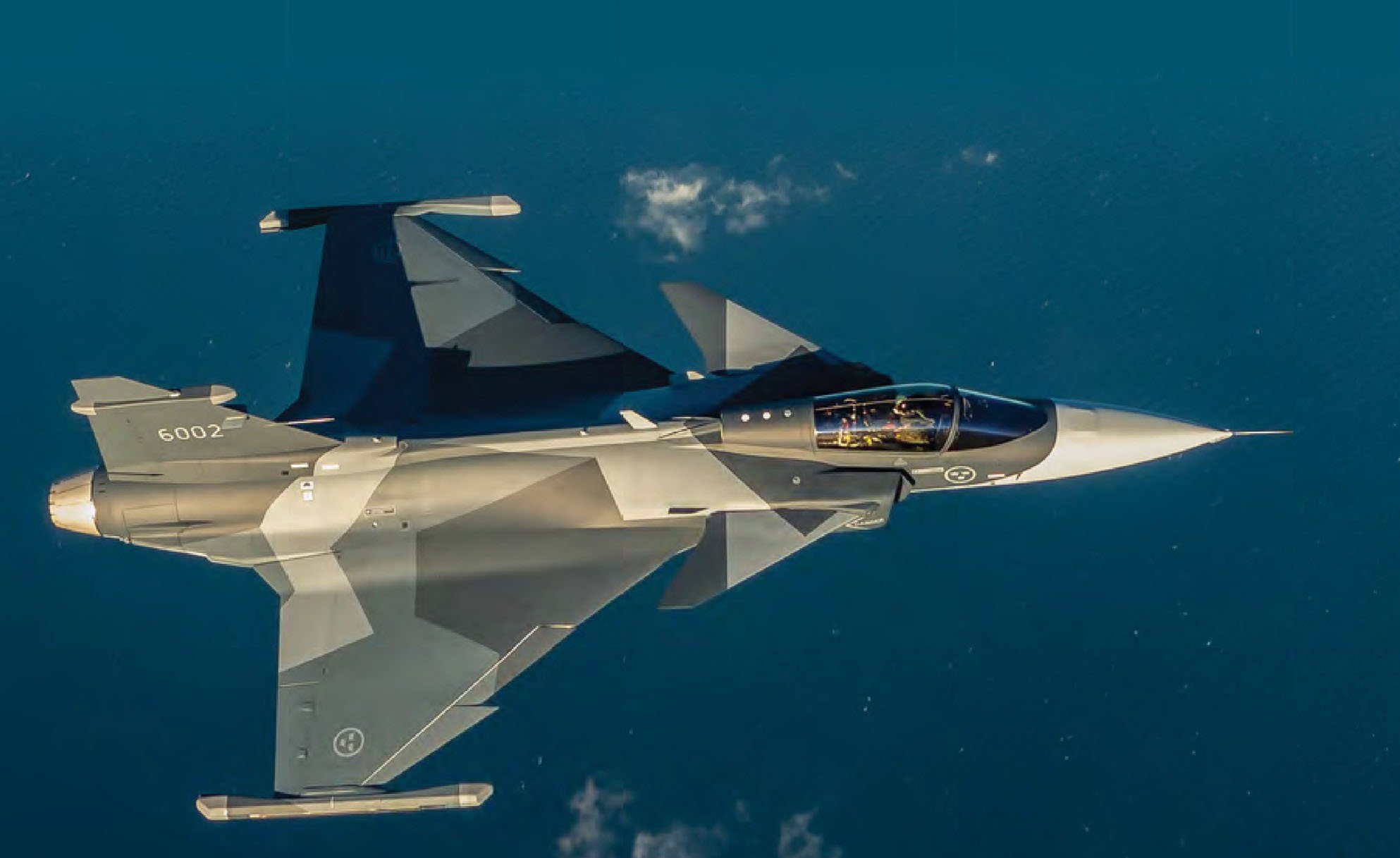