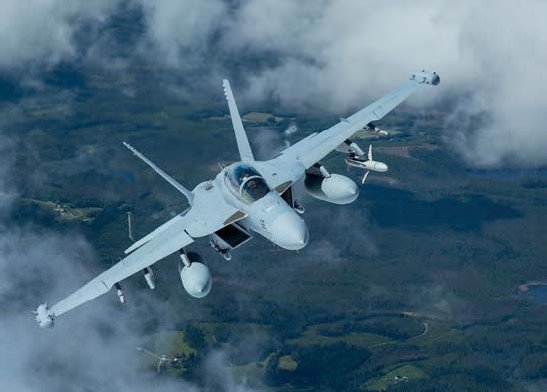 Finland has received US government approval to purchase the Boeing EA-18G Growler, together with the F/A-18 Super Hornet if selected for its HX Fighter Replacement programme.
Boeing

The US government announced on February 18, 2019, that it has granted approval for the sale of an undisclosed number of Boeing EA-18G airborne electronic attack aircraft to Finland.

The approval came in response to a request from the Finnish Ministry of Defence for the possible sale of F/A-18 Super Hornets and Growlers as part of the Nordic country’s HX fighter replacement programme. However, a decision has not yet been made.

In response to the announcement, Boeing’s Vice President of F/A-18 and EA-18G programmes, Dan Gillian, said: “All strike fighter aircraft rely on Growler escort to increase survivability during high-threat missions. The combination of the Super Hornet Block III and Growler would provide Finland with superior technological capability particularly suited to the country’s HX mission requirements.”

Finland becomes only the second foreign country to gain approval for Growler. The first, Australia, currently operates 11 aircraft from RAAF Base Amberley in Queensland. A twelfth aircraft was lost in a take-off incident at Nellis Air Force Base in the United States in January 2018 and a decision on whether to replace the aircraft is yet to be announced.