GRUMMAN’S LIMOUSINE OF THE AIR

The Gulfstream I pioneered corporate flying as it is known today. Charles Woodleydetails its development and career. 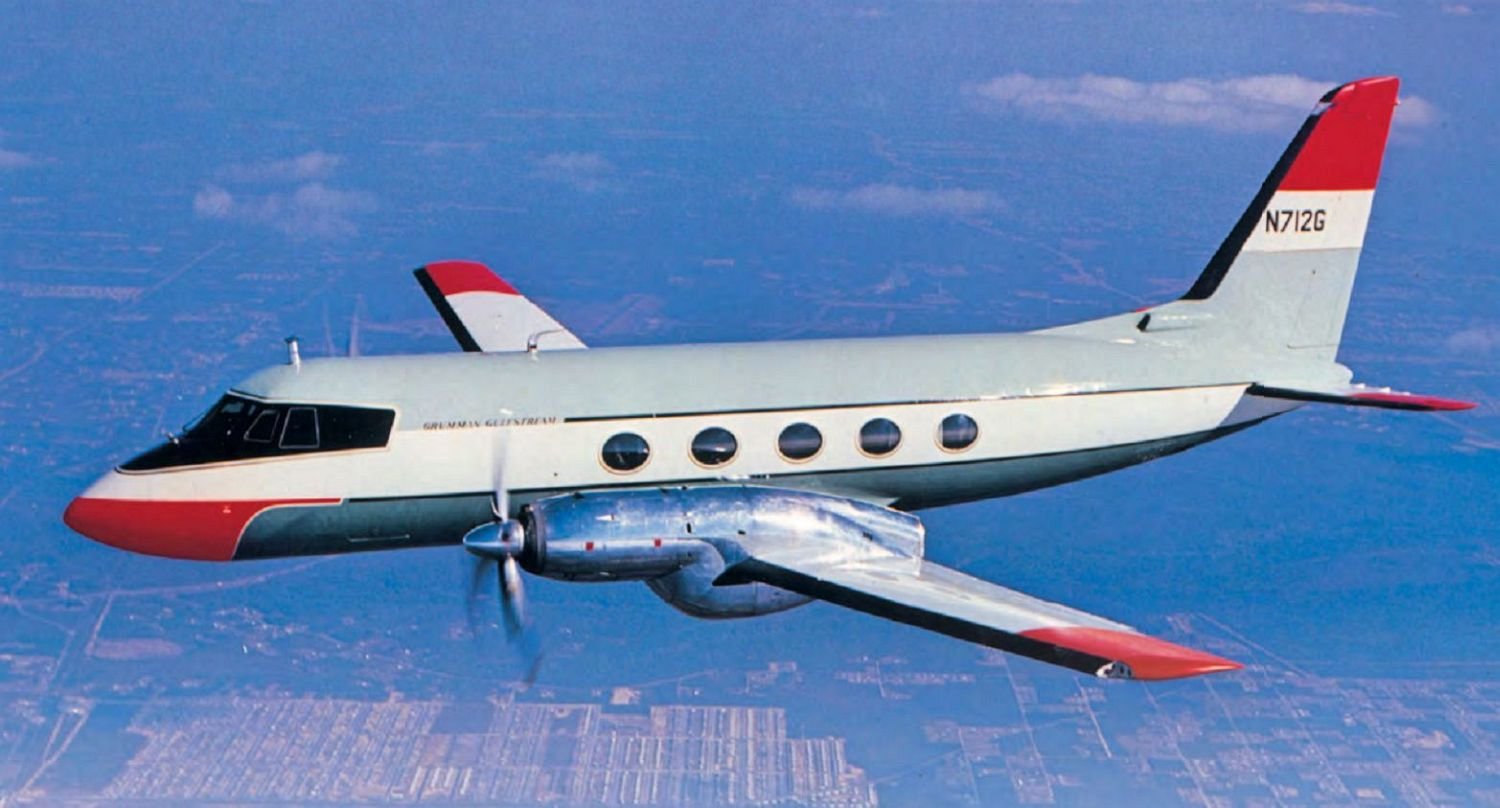 An aerial shot of Gulfstream I demonstrator N712G, which went on to see service in Australia with Skywest Airlines.Key Collection

The Grumman Aircraft Engineering Corporation originally made its name as a supplier of carrier-borne aircraft to the US Navy. It, like other American military suppliers, realised the end of the Korean War in 1953 was likely to signal reductions in lucrative defence contracts.

Grumman’s solution to impending cutbacks was to fill the need for a dedicated business aircraft to replace the many war-surplus transports then in use. Market research was commissioned to discover likely requirements from existing and potential users.