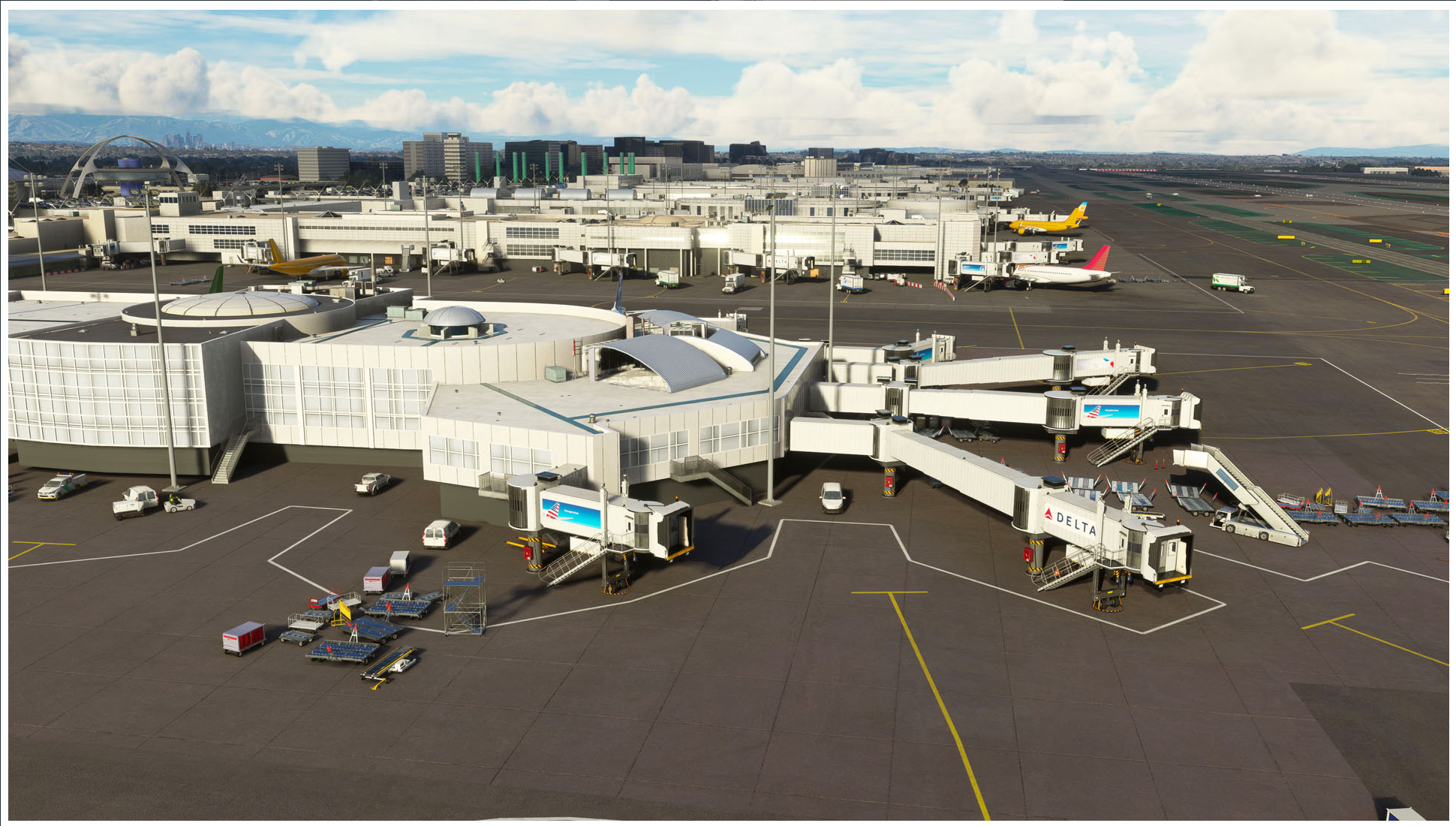 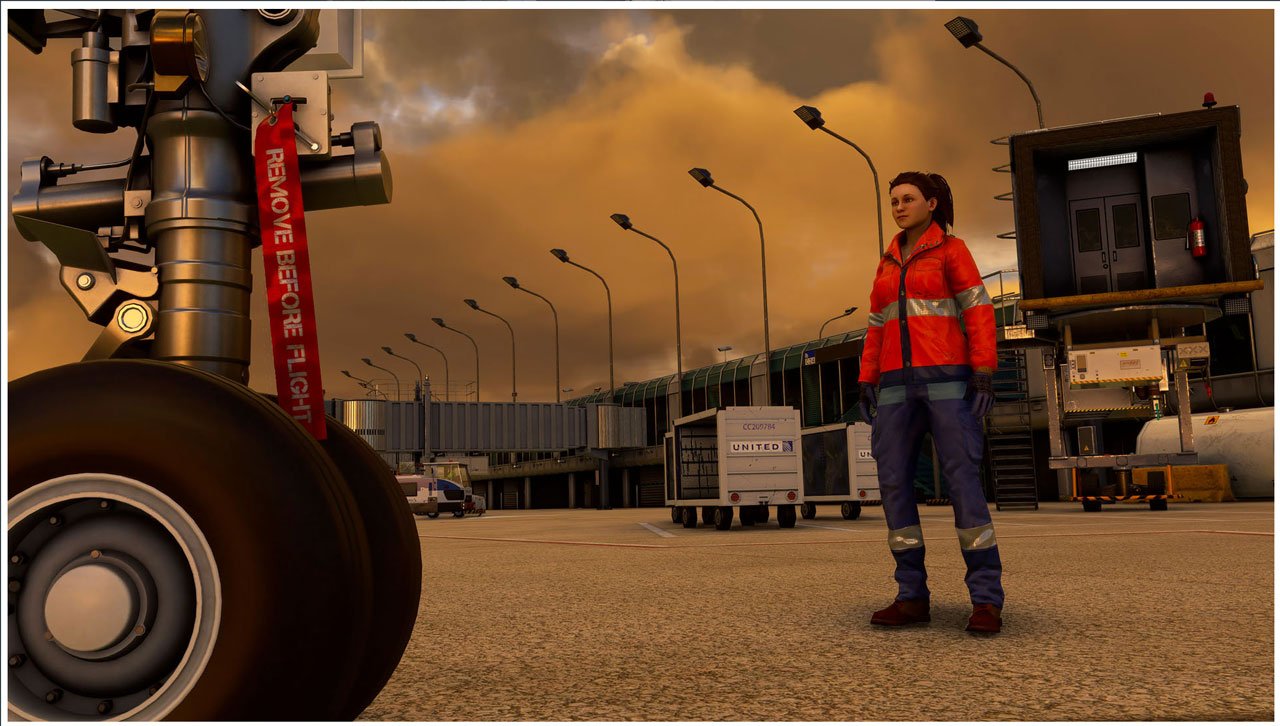 Animated passengers, crew and pilots board and deboard the aircraft using either a jetway or bus. It's even possible to customise airports to create walking paths with barriers in different styles. Passengers move individually, with random gestures for a more natural look. SimBrief integration will set the number of passengers automatically according to the last dispatch.

Refuelling now has a simulated underground fuel supply, using a fuel hydrant vehicle with animated crew and a working fuel counter to refuel progressively. With SimBrief integration, the GSX fuel service can use the exact fuel quantity in your dispatched flight plan. 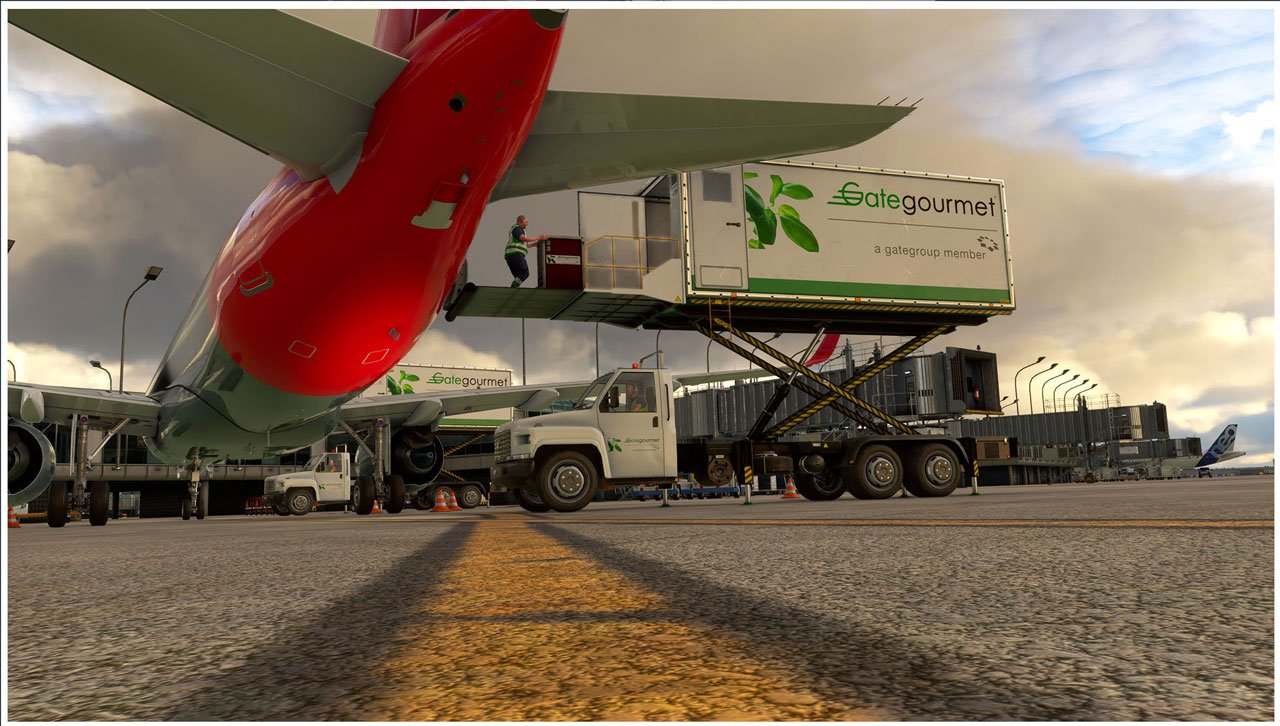 A new service exclusive to GSX is to summon de-icing vehicles during departure if icing conditions are detected. An improved MSFS visual effect system shows liquids with different colours according to fluid type and concentration. A FollowMe Car can also guide you to the destination parking or to reach the assigned runway during departure.

During baggage loading and unloading, the animated ground crew, made with custom motion capture, will pick up bags using several vehicle models with animated conveyor belts. GSX also features different loaders for ULD containers and pallets, which changes according to the aircraft type. Cargo loaders can support up to two lower cargo doors and a main cargo door, all operating simultaneously. 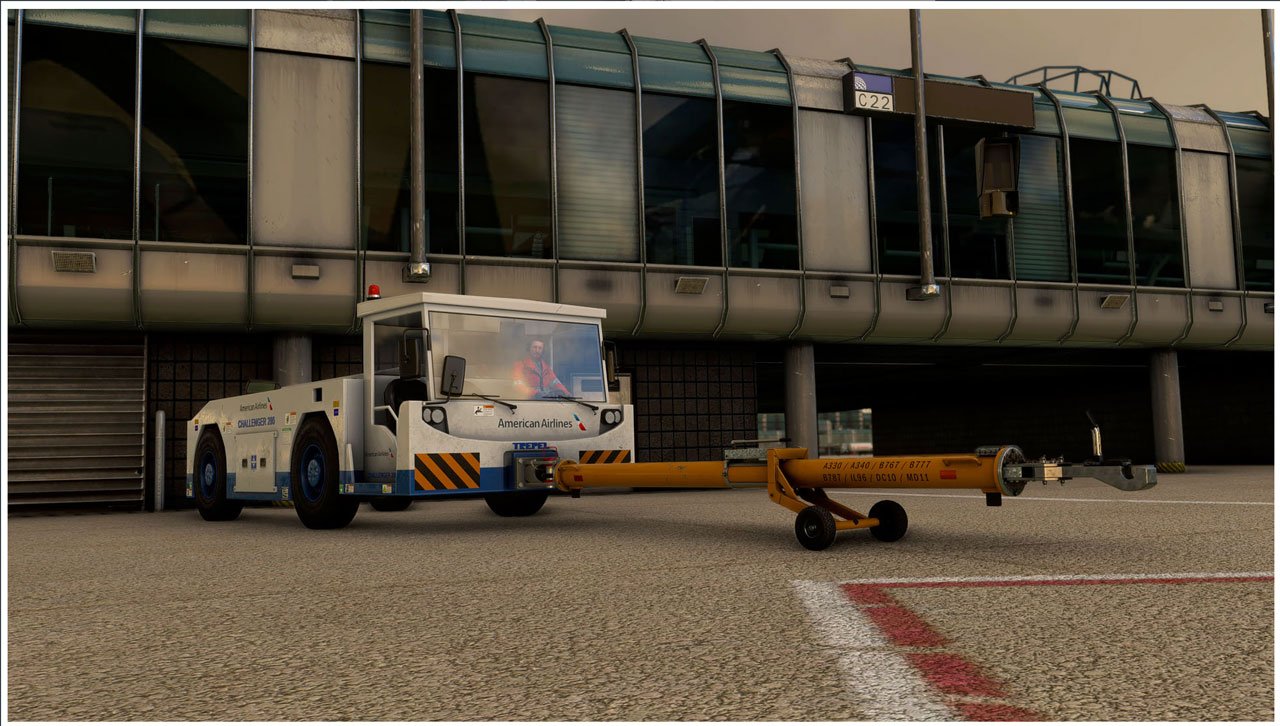 The catering service offers a greater variety of vehicles more appropriate to the region and aircraft type, allowing a wider range of aircraft to be serviced. A large and ever-expanding selection (more than 75 in the first release) of real-world operators are included, which are chosen automatically depending on the airport. Catering vehicles come with animated crew and custom sounds. 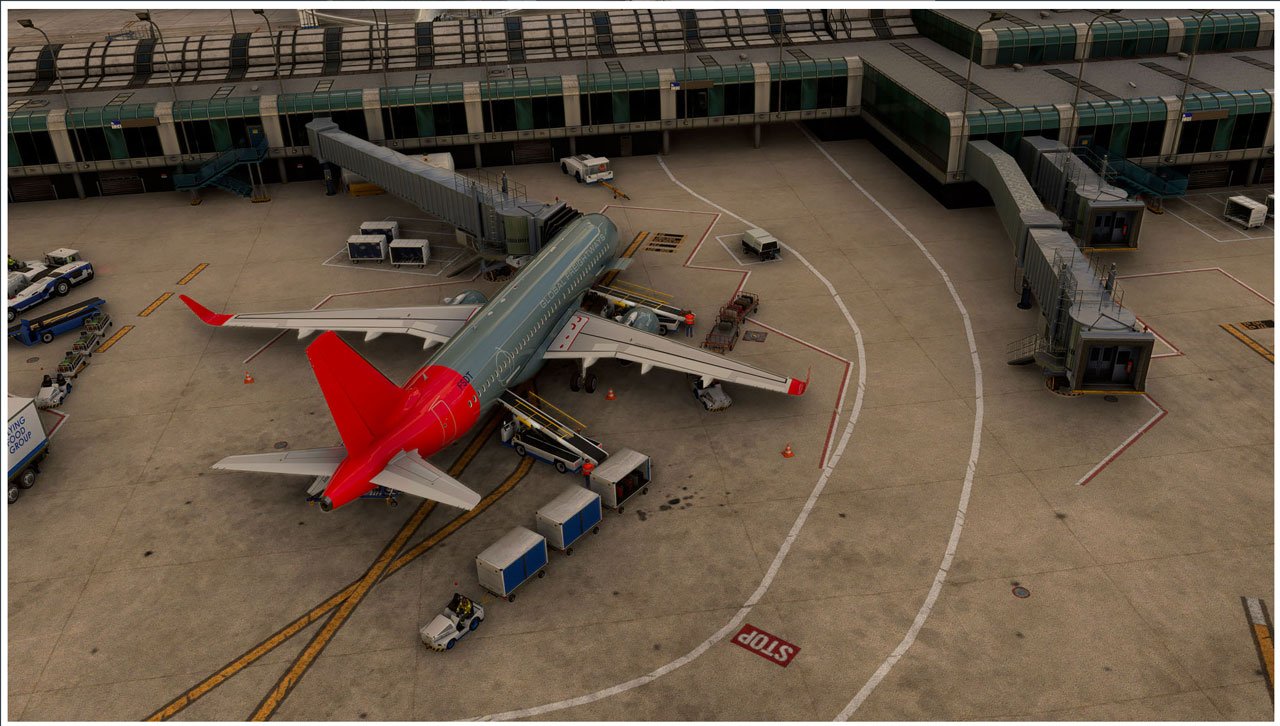 GSX comes with an aircraft database including support for default and popular third-party developers such as Fenix, PMDG, Leonardo and Aerosoft, although users can also create custom aircraft profiles so developers can add GSX integration to their products.

While GSX already works automatically on any airport, users can customise every parking space with options like vehicle starting position, service operators and set custom routes for pushback and passenger waypoints outside or inside the terminals.