GULFSTREAM AEROSPACE Corporation announced on June 28, 2019, that its G600 business jet has been awarded both Type and Production Certification by the US Federal Aviation Administration (FAA).

Gulfstream displayed its new G600 in Australia for the first time in March, when a company-owned aircraft, N600G (msn 73005), participated in the 2019 Avalon Air Show.
Nigel Pittaway

The milestone now opens the door for deliveries to begin to customers later in 2019.

Mark Burns, Gulfstream’s President, said: “Getting both authorisations on the same day is evidence of the maturity of our G600 production processes and speaks to the safety and reliability of the aircraft design. Even more remarkable is that we achieved these simultaneous certifications less than a year after completing another major programme, certifying and delivering the Gulfstream G500.”

He added: “These rigorous and thorough certification processes ensure we deliver a first-rate aircraft that exceeds expectations.”

In other news, Gulfstream announced on June 17, 2019, that its flagship G650ER, as well as the G650, G550 and G450, has been awarded FAA certification for touchdown and rollout using an Enhanced Flight Vision System (EFVS).

The company’s G500 was certified for similar operations in December 2018 and the super mid-size G280 followed in April 2019. Gulfstream said that the G600 will be certified for touchdown and rollout using EFVS after the type certification milestone.

Colin Miller, Senior Vice- President of Innovation, Engineering and Flight at Gulfstream, said: “This authorisation provides the capability for nearly 1,500 inservice Gulfstream aircraft to increase their operational efficiency and safety. EFVS greatly reduces the possibility of runway incidents, puts aircraft and passengers on the ground faster and saves fuel.” 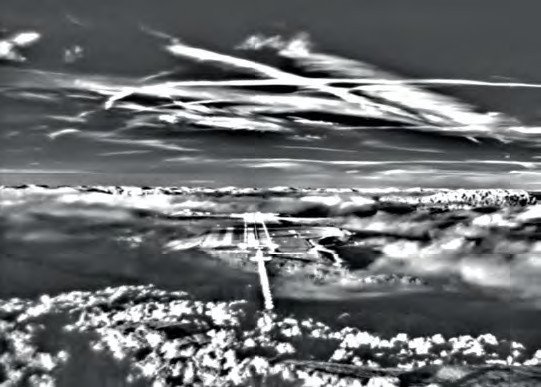 The EFVS is the combination of a cooled forward-looking infrared camera known as an enhanced vision system and a head-up display, which work together to enable pilots to land with limited visibility.