ONE OF THE MOST EFFECTIVE DIVE BOMBERS P PRODUCED, THE JUNKERS JU 87 SAW ACTION ACROSS MANY THEATRES DURING WORLD WAR TWO. CHRIS GOSS PRESENTS RARE IMAGES OF THE TYPE IN ACTION. 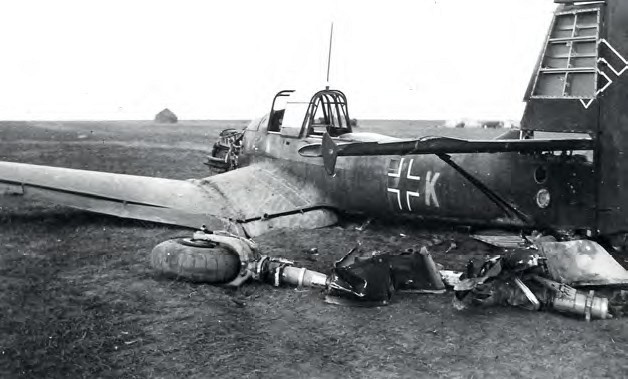 This Ju 87B is coded T6+KL, which would indicate it as coming from 3./St.G 1. Just visible on the nose ahead of the cockpit is the diving cartoon raven of I./St.G 1. How and why this aircraft came to have these conflicting identifications is not known. 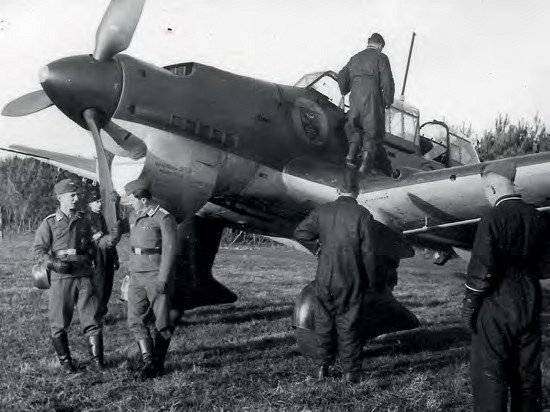 A Ju 87B of 3./St.G 2. The badge is the arms of the city of Breslau on a yellow disc. The wheel spat shows the letter C or G, which would indicate this aircraft to be T6+CL or T6+GL. The unit was commanded by Oblt Götzpeter Vollmer, who would later be awarded the Knight’s Cross but was eventually killed in an accident on December 19, 1944. This staffel suffered badly on August 16, 1940 losing four Stukas to the RAF (two of which were Ju 87B-2s Wk Nr 5580/T6+HL and Wk Nr 5618/T6+KL) with four crewmen killed and four captured.