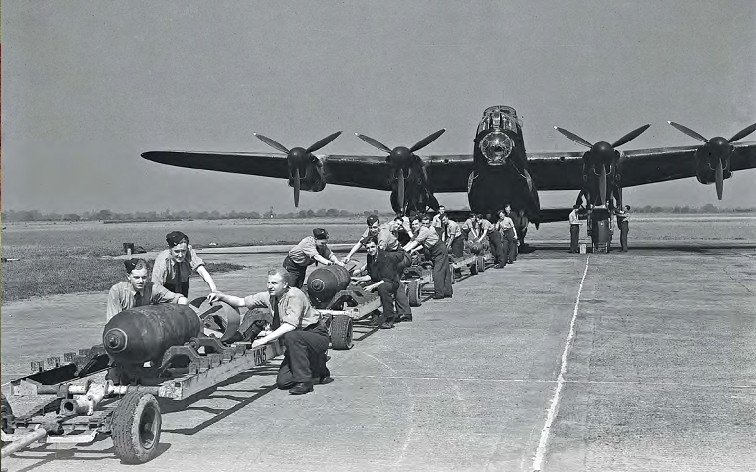 The Lancaster’s bomb bay offered an incredible variety of munitions. As well as a smaller bomb bay, the Halifax had weapon cells in the centre section. These severely hampered weapon size and permutations.KEY COLLECTION

While Bomber Command was thankful for the introduction of the fourengined ‘heavies’ into its armoury, these mammoths presented a number of challenges for the men at the Air Ministry and the operational squadrons. The Short Stirling had its service debut with 7 Squadron at Leeming, Yorkshire, in August 1940. Leeming was also the venue for the first Handley Page Halifax, joining 35 Squadron in November 1940. It was another 11 months before 44 Squadron was able to inaugurate the Lancaster, at Waddington, Lincolnshire.