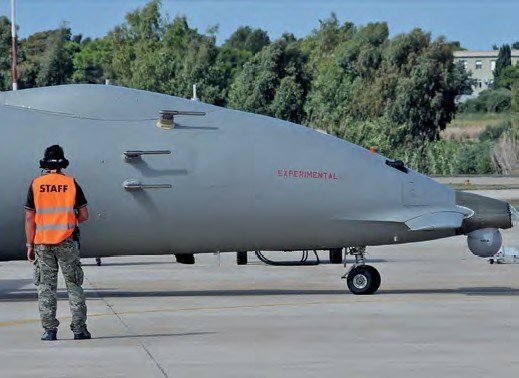 Piaggio Aerospace has completed test flights of its P1HH HammerHead system using satellite control to evaluate technologies, which allow flying beyond radio line of sight. This was the first test of its kind using a European medium-altitude longendurance system. The testing was carried out at Trapani-Birgi, Sicily by Piaggio and Telespazio, a joint venture between Leonardo (67%) and Thales (33%), which provided the satellite technology. Tests were performed using the satellite Athena-Fidus, which is managed by Telespazio’s Fucino Space Centre. The satellite allowed the test team to communicate the necessary command and control information to the P1HH and transmit the onboard sensor data acquired during the flight from the aircraft to the ground.

Fabio Guida, Chief Technology Officer of Piaggio Aerospace, said: “Our aircraft guaranteed the success of a key test at European level for the future development of the defence and security sector that will increasingly rely upon remotely piloted systems of this class.” Guida reaffirmed the first deliveries of the P1HH to the Italian military will take place later this year. Mark Broadbent