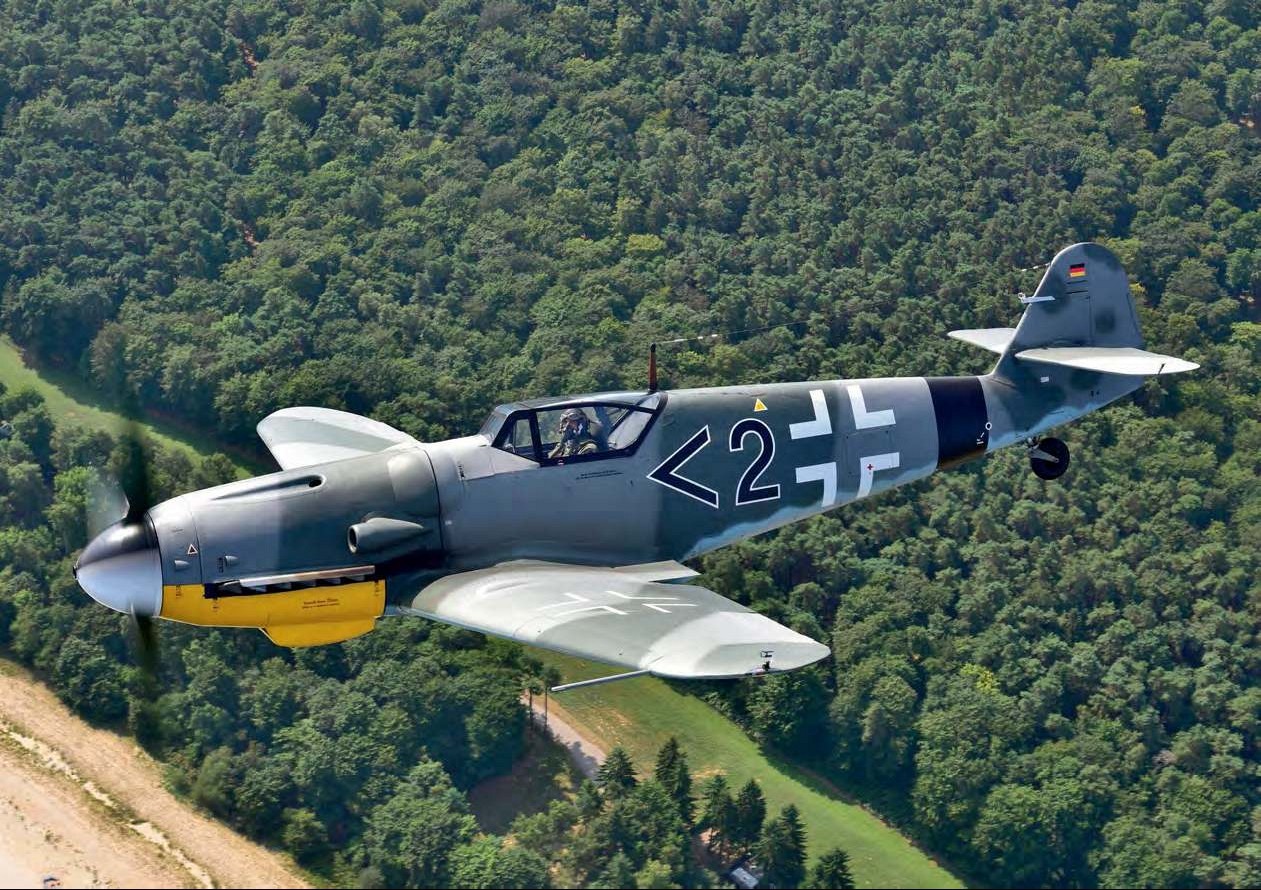 The menacing proile of Bf 109G-14 D-FMGV, looking all the meaner with its Erla-Haube cockpit canopy, lying over the Baltic coast with Klaus Plasa at the controls on 16 August. RICHARD PAVER

The Hangar 10 Messerschmitt Bf 109G-14, D-FMGV, made its irst light on 15 August from Heringsdorf airield on the north German island of Usedom with Klaus Plasa at the controls. Restored by MeierMotors, the machine wears the markings of an Erla-built Bf 109G-14 lown by 14./JG 300 pilot Oberleutnant Karl-Heinz Schirmacher, who was shot down while attacking B-17s on 21 November 1944 near Hanover/Wülferode.