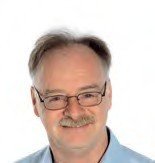 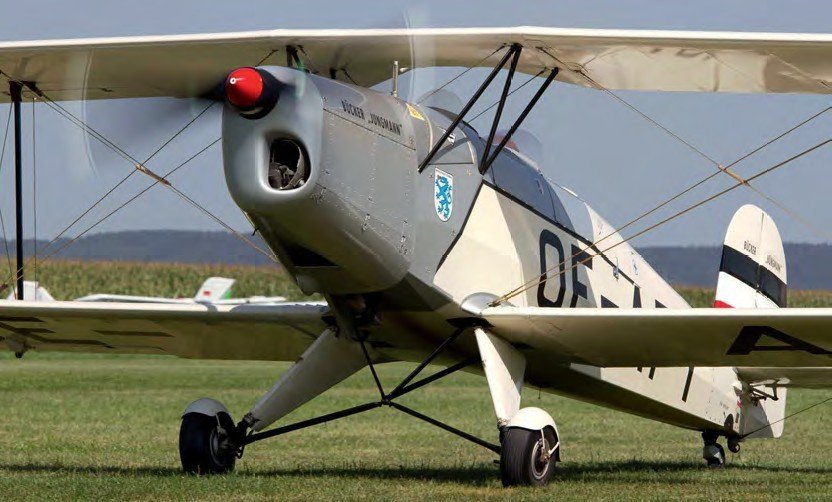 A 1990s Polish-built Jungmann — very true to the original (LOM M332 engine aside), but could it legitimately be classed as ‘vintage’?
BEN DUNNELL

As we head into the autumn months, here’s a good question to start an animated discussion. What constitutes a vintage aircraft?

The thought came to mind at the recent LAA Rally, when among the 500-plus aircraft on the ground on the sunny September Saturday at Sywell there were two immaculate examples of the 1930s Chilton DW1A (see pages 24-30). Officially, these diminutive racing aircraft were both replicas, having been constructed in recent years. However, they are as authentic as you could wish, having been built from the original drawings, with original materials, period engines and even instrumentation. Quite rightly they both won awards.

Beside them were two equally worthy award-winners in the form of a 7/8th-scale Mustang and a scale Spitfire Mk26. Certainly there was no less work and dedication involved in creating these aircraft, but there is little doubt that these modern light aeroplanes are completely different machines, designed to offer their owners the feeling of flying a warbird at a likely fraction of the cost of the priceless originals.

OK then, so what about the brace of Tiger Moths alongside? Both were equally immaculate, and both recently restored — which, of course, means new fabric covering, new wooden wing structures and rebuilt Gipsy Majors. Of course we would classify them as vintage, even though I suspect that after more than 70 years of sterling service there is very little of the original left. As a further aside, it should be remembered that when the Vintage Aircraft Club organised its first events in the 1950s, Tiger Moths were excluded as being too modern!

With historic cars in the UK, there is a relatively clear series of age-related definitions. It is generally regarded that motor cars built before 1906 are labelled ‘veteran’, while those produced prior to the end of World War One are known as ‘Edwardian’. When the Vintage Sports Car Club was formed in 1934, its founding members felt that the adoption of mass manufacturing signalled the end of ‘proper’ motor car production. The VSCC therefore set a cut-off date of 1931 for ‘vintage’ cars, creating a ‘post-vintage thoroughbred’ category for cars built between 1931 and 1940. Cars later than that seem universally to be referred to by the title of ‘classics.’

“There is nothing to define historic, vintage or classic aeroplanes in a similar manner to the relatively clear series of age-related definitions of historic cars in the UK”

However, there is nothing to define historic, vintage or classic aeroplanes in a similar manner. The Vintage Aircraft Club advocates a rolling 50-year classification for ‘vintage’ aircraft operated by its members. This, however, creates the anomaly of many Cessna 172s and Piper Cherokees, mainstays of flying clubs since 1956 and 1960 respectively, being therefore classed as ‘vintage’.

The Historic Aircraft Association classifies vintage aircraft not by age, but by their demands on pilots and engineers. The definition, penned by the late test pilot Darryl Stinton, is that: “Historic aircraft are those generally regarded as possessing such technical features, flying qualities, operational and historic associations as to warrant uncommon knowledge or skill when preserving them for display and use in representative working order.”

The US Experimental Aircraft Association has perhaps clearer guidelines. It divides its ‘vintage’ category into three sub-groups for its annual awards. The first, ‘antique’, covers the period from the dawn of flight to August 1945. The second, ‘classic’, runs from September 1945 to 1955, while the third vintage category, ‘contemporary’, spans 1956 to 1970.

Having a robust dating mechanism is about more than just handing out awards. In the future across Europe we may need to gain special concessions to allow our aircraft, still using high-octane leaded aviation fuels, to keep flying. Organisations such as the Fédération Internationale des Véhicules Anciens, as well as the LAA via its membership of EFLEVA, the European Federation for Light, Experimental and Vintage Aviation, are already promoting historic aviation’s cause, but it’s a bit of a headache when we can’t agree on just what is vintage.