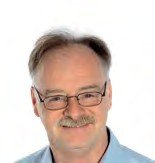 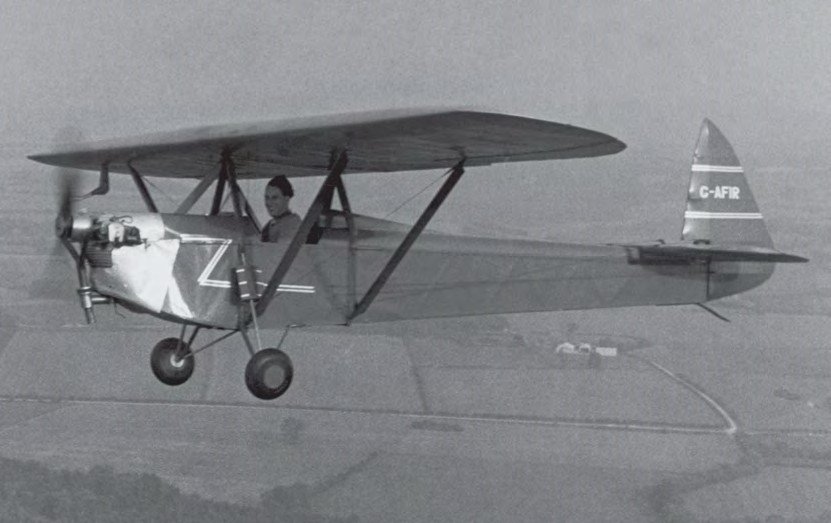 Luton Minor G-AFIR was the first to be home-built from plans supplied by Luton Aircraft during 1937-38. It survived the war, after which it was entirely rebuilt by Arthur W. J. G. Ord-Hume, and is pictured up from Lasham during the summer of 1963.
AEROPLANE

I’m delighted to again see that this month’s magazine highlights some aeroplanes that are in marked contrast to the high-powered, highenergy warbirds. Smaller light aircraft such as the Hawker Cygnet and Aeronca C3, which can be found on pages 64-69, may not have the visual or aural impact of their bigger brethren, but there’s no shortage of character and history attached to these aeroplanes.

The derisory term ‘potbottle aeroplane’ was actually coined by the present editor’s earliest predecessor. At the 1937 Royal Aeronautical Society Garden Party, held at Fairey’s Great West Aerodrome (today subsumed into Heathrow), The Aeroplane’s irascible founder editor C. G. Grey had apparently snorted in disgust at the Luton LA3 Minor as the little parasol-wing monoplane struggled into the air behind its 35hp, twincylinder Anzani engine. “Look at that pot-bottle! That’s the first time I’ve seen an aircraft lose height in a climbing turn!”

Grey, as so often, had a point. One of the biggest challenges for sport aircraft builders in the 1920s and 1930s had been finding an appropriate power unit, which the Anzani wasn’t. The Air Ministry and Royal Aero Club Lympne trials for lightweight aircraft in 1923-24 had been based on a flawed precept, the rules only permitting small engines of limited horsepower, which meant that the participants were little more than powered gliders.

Even Sydney Camm’s Hawker Cygnet and Geoffrey de Havilland’s DH53 Humming Bird, two of the more successful aircraft at the trials, proved unviable. Hawker never attempted to build for the civilian market again and de Havilland realised that a larger, more robust aeroplane would be more practical. The result took to the skies on the chilly Sunday afternoon of 22 February 1925, when Geoffrey de Havilland — having enjoyed his regular Sunday lunch with his family — climbed aboard the prototype DH60 Moth G-EBKT and, with minimal fanfare, lifted off from the muddy turf of Stag Lane airfield, Edgware.

The Moth and, importantly, its Cirrus and Gipsy fourcylinder engines had sufficient (and reliable) power to carry two people, fuel and luggage, making it a practical workhorse. By 1934, more than 1,100 DH60 variants had been built at Stag Lane, as well as in Australia, France, Norway, Sweden and the United States. It was, quite simply, the most popular light aircraft in the world. Meanwhile, some impecunious manufacturers still looked towards smaller and cheaper power units, of which the Aeronca’s model E-113 flat-twin was one of the more successful — both in the USA and the United Kingdom, where it was manufactured in London by motorcycle engine maker J. A. Prestwich. The engine actually packs more of a punch than its 36hp rating may lead you to think. The designation stands for 113 cubic inches, or 1,860cc. Imagine a nearly two-litre flat-twin motorcycle engine and you understand why it develops significant torque, allowing it to swing a large propeller and thus generate surprising thrust.

The engine was also the catalyst for early post-war homebuilding. The Kemsley Trust provided funds to allow the subsidised sale of JAP J99 engines to members of the Popular Flying Association. As a result, almost every early post-war homebuilt design from the Luton LA4 Minor to the Currie Wot, Dart Kitten and the Taylor Monoplane first took to the air behind one of the Aeronca-JAP units.

Although today they are more likely to be powered by slightly newer Continental, Lycoming and VW engines, many of these early homebuilt aircraft continue to delight their owners. I can speak from personal experience, having flown more than 100 hours in a VW-powered Luton Minor and, most recently, had my head turned by the earliest post-war Currie Wot, Airymouse. As you might see in the news pages, and to paraphrase Charlotte Brontë’s Jane Eyre, “Reader, I bought it”!