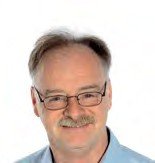 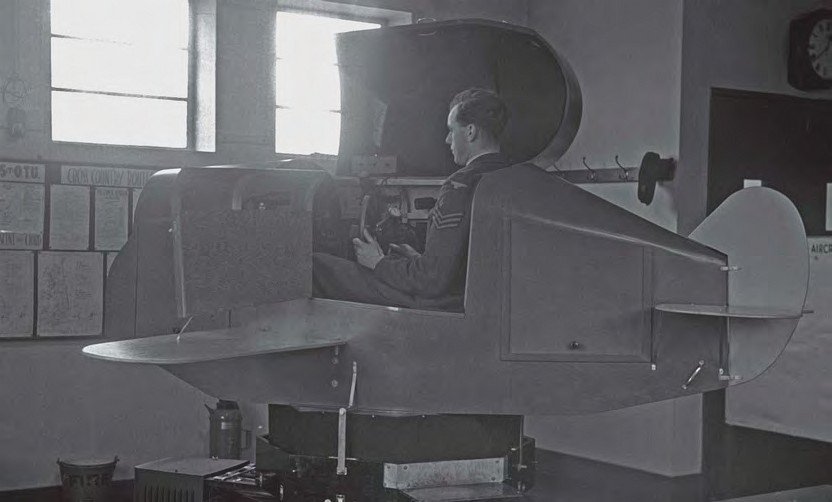 A Link Trainer in use with No 105 Operational Training Unit at Bramcote, Warwickshire, during March 1945.
AEROPLANE

The announcement last year that a new £15-million aviation academy is to be built at RAF Syerston in Nottinghamshire has to be the best news in ages for the beleaguered Air Cadet movement. It is notable, however, that the majority of the investment in Syerston — now the Air Cadet HQ — is to be spent on ground-based training and simulators, rather than aircraft.

These days an ever-greater amount of flying crew training is done, at far less cost in fuel, aircraft hours and to the environment, in simulators. Indeed, such is the level of ‘synthetic flight training’ that it’s a sobering thought that a junior first officer’s initial hands-on landing in an actual airliner is likely to have paying passengers in the back.

Actually, simulator training is almost as old as flying itself. When in 1909 Louis Blériot established his first flying school at Etampes, he and co-designer Raymond Saulnier realised they could reduce damage to their flying fleet by creating an aircraft that could never leave the ground. The Blériot XI R1 Rouleur allowed student pilots to charge around the airfield, learning ground handling, take-off and landing techniques. Fitted with clipped wings and a widertrack undercarriage, with a pair of forward-projecting skids to prevent nose-overs, the device inevitably gained a nickname from another clipped-wing, flightless bird, ‘le Pingouin’ — the penguin. Some examples used the early 35hp fan-type Anzani engines that had powered the first Blériot aeroplanes. Others used 50hp Gnome rotaries that that had previously been used on the school’s training aircraft, but which now were no longer producing their full power output.

History records little of these ‘hoppers’, but the Blériot flying schools were a success. In addition to Etampes, in 1910 he opened a second one at Pau, where the climate made year-round flying more practical. During September 1910 a third school was established at Hendon. By the start of World War One, more than 1,000 pilots had qualified from the Blériot schools. The concept was revived during World War Two, when a number of Air Training Corps squadrons built so-called ‘Foo’, ‘Penguin’ and ‘Hoppity’ ground training aircraft from scrap wood, old aircraft components and motorcycle engines. A little later the ATC developed with Slingsby a ‘gimbal’ frame that allowed an anchored Grasshopper glider to pivot into the wind and respond to control responses without ever leaving the ground.

Another ‘Hoppity’ type was created by the modification of surplus DH82 Tiger Moths at flying schools in Southern Rhodesia. Their top wings were removed and their engines adjusted so they wouldn’t run at more than 1,400rpm, rendering them (theoretically) unflyable. Legend, however, has it that after a session in the officers’ mess a number of instructors made a concerted series of attempts to overturn the theory. I’d love to know if any memories remain of the results!

Of course, the first true simulator must be the ‘Link Trainer’, created in 1929 by Ed Link of the Link Piano and Organ Company. It used his knowledge of pumps, valves and bellows to teach new pilots how to fly by instruments. The simulator responded to the pilot’s controls and — in addition to yawing, pitching and rolling — gave authentic readings on the cockpit gauges. The instructor could trace progress on a chart, marked by a pen attached to a device known as the ‘crab’.

While the Link Trainer was initially developed in the USA, it seems these days that the centre of excellence in their restoration is here in the UK, in particular the Trenchard Museum at RAF Halton in Buckinghamshire. Here volunteers at the traditional home of RAF apprentice and induction training have kept the specialised knowledge and maintenance skills alive. In addition to possessing no less than three examples themselves, they’ve provided parts and expertise to ensure a number of other Link Trainers remain active, demonstrating ‘flying on the ground’ at museums. ■

In creating the Link Trainer, Ed Link of the Link Piano and Organ Company used his knowledge of pumps, valves and bellows to teach new pilots how to fly by instruments