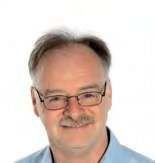 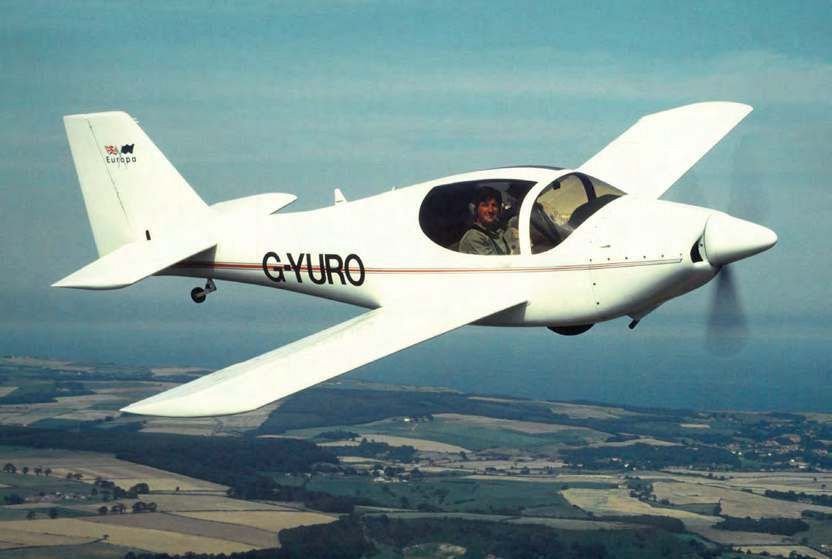 Ivan Shaw flying the prototype of his Europa light aircraft, G-YURO, which is now preserved with the Yorkshire Air Museum at Elvington.
LAA ARCHIVES

If you were asked to name the most successful post-war British light aeroplane, which would you come up with? If you were to suggest something produced by de Havilland, Auster, Miles or Beagle, I fear you would be wrong. There is one British light aircraft which, over the past 25 years, has notched up around 1,000 sales and there are currently more than 700 examples flying in 33 countries around the world. It is one of the great unsung British success stories: the Europa.

Back in 1993, Yorkshireman Ivan Shaw came up with a new generation of two-seat aircraft, which combined aerodynamic efficiency with a small 100hp, 1,200cc engine made by Rotax in Austria. The Europa was of composite construction, using a combination of carbon and glass-fibre laminates with some areas of the wing interior being formed from plastic foam. The wing itself was designed by Don Dykins, who had previously been responsible for the wing design of Airbus airliners.

The aircraft was only available as a kit, for home construction. It was part of Shaw’s aim to keep the cost of acquisition as low as possible and he expected new owners to be able to build and fly their aircraft for just £30,000. It should be said that few owners achieved that, but in terms of meeting every other aspect of his design brief of high speed, able to be built and stored at home, easily transportable and able to be rigged for flight in under five minutes, carrying two people in comfort and providing sufficient baggage for extended touring, he hit the target every time.

An unconventional and distinctive feature of many Europas is a ‘monowheel’ undercarriage. Shaw wanted an aircraft that could handle grass farm strips and at the same time retain aerodynamic efficiency. The problem is that large, low-pressure tyres create drag. His solution was a single main wheel which can be retracted into a central ‘tunnel’ between the pilot and passenger, while undercarriage ‘outriggers’, mounted under the wings, are lowered automatically as the flaps are extended. For owners whose flying is more predominantly off harder surfaces, a more conventional ‘tri-gear’ option was made available.

Shaw’s arrival as an aircraft designer was as unconventional as his aircraft. He was originally a musician, playing on cruise ships with one of the biggest names of the 1960s, Geraldo’s Orchestra. Ivan’s aviation epiphany came when he was part of a touring show of the Middle East for the British Forces Broadcasting Service. The crew of the RAF VC10 flying them was eager to meet the dancers, so Ivan offered to make introductions in return for an invitation to the flight deck. He was soon hooked, and when he returned to the UK he signed up with the Doncaster Aero Club to learn to fly.

”Over the past 25 years, the Europa has notched up around 1,000 sales and there are more than 700 examples flying in 33 countries around the world “

Ivan decided to build his own aircraft and first constructed (but thankfully never flew) a VW-powered gyroplane. Then he built a Rutan Long-EZ canard design. He subsequently modified it to become the UK’s first homebuilt twin-engined aircraft and was even recruited to head up a team working on a microlight devised by Colin Chapman of Lotus sports car fame, before starting work on the Europa.

The first Europa kits came off the production line in 1993 and their current owners recently celebrated the design’s quarter-century with a gathering and dinner at Turweston aerodrome, Northamptonshire, where in excess of 40 aircraft flew in. The kits are still in production, by Swift Aircraft at the former RAF Coltishall in Norfolk, where another all-new British design is also set to see the light of day. As for Shaw, he too has another new project, a still faster and more fuel-efficient design, with a twin-tail boom construction. “It’s an addictive illness designing aeroplanes”, says Shaw. “Once you start, you never stop!”