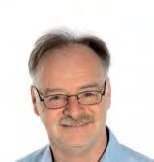 The heatwave takes hold at Sywell. This summer’s weather has often provided beautiful conditions in which to watch historic aeroplanes, but for some operators such high temperatures bring their own issues. BEN DUNNELL

While some of us were basking in the recent hot summer weather, there were others who found it, frankly, arduous. If you were among them, don’t despair — plenty of aeroplanes were struggling, too.

In extreme heat, high engine temperatures are an obvious factor. Among the most notorious for this are, of course, early-mark Spitfires, with their single cooling radiator partially blanked by the undercarriage while on the ground. Even in more benign temperatures, operators normally work on just 90 seconds from start-up until, in the immortal words of Michael Caine in the film Battle of Britain, „We either stand down or blow up.”

You might notice, for example, that the Spitfire Ias no longer take part in the famous Duxford Flying Legends ‘Balbo’. The reason, as described by Balbo leader Pete Kynsey in our July 2016 issue, is to avoid the risk of overheating as the formation lines up. At the end of some displays, you might notice certain warbirds departing the airfield to cruise for five to 10 minutes on a low throttle setting, so as to allow the engine temperatures to fall before then slowing into the circuit, when cooling airflow becomes reduced.

As well as engine temperatures, extreme heat has other effects. Air density reduces with temperature, which means both a reduction in engine power and in the amount of lift generated by the wings, something pilots — particularly of lower-powered types — have to take into account. During hard manoeuvring in the recent high temperatures, the pilots of the Bremont Great War Display Team have been flying almost their entire show at full throttle, no doubt keeping a weather eye on rising oil temperatures and sinking oil pressure as the vital lubricant becomes ever thinner with heat.

Wood tends to shrink as it loses moisture, while metal fittings such as bracing wires and control cables tend to expand. In times past the Royal Flying Corps and later the RAF would allocate a rigger to each individual aircraft to ensure that its cables were correctly tensioned ahead of each day’s flying and that the rigging remained true.

At least one World War One aeroplane was temporarily grounded this summer as, in the extreme heat, its bracing wires simply could not be fully tensioned, while another vintage type suffered (thankfully mild) aerodynamic flutter as a result of a loss of tension in its control cables, allowing the ailerons to begin oscillating in flight.

Another area vintage aircraft operators need to monitor continuously is the condition of wooden propellers, which again can shrink with sustained heat, leading to them starting to come loose. A proper check for the lack of any play on the propeller hub and, if necessary, a retensioning of the mounting bolts assumes a particular importance in sustained high temperatures.

Many vintage light aircraft are fitted with a small ‘skull cap’ spinner on their wooden propellers, but it is not often realised that this is a useful tell-tale of propeller status.

When the spinner is fitted, it is just lightly pressing on the propeller, so it will feel loose if any shrinkage has occurred.

Checking this ‘early warning system’ as part of pre-flight checks can save lots of trouble and expense. I know of at least two owners who have made — thankfully successful — forced landings after their propellers began to vibrate loose in flight. The first either knew of the problem was when they smelt burning, which both pilots had assumed was from smoke from bonfires on the ground. In fact, the smell was from the scorching timber as the propeller mounting bolts fretted their holes into ovals, turning both propellers into high-cost fireplace ornaments!

"Vintage airframes change with the season, especially wooden structures. Wood tends to shrink as it loses moisture, while metal fittings such as bracing wires tend to expand”