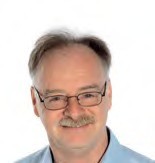 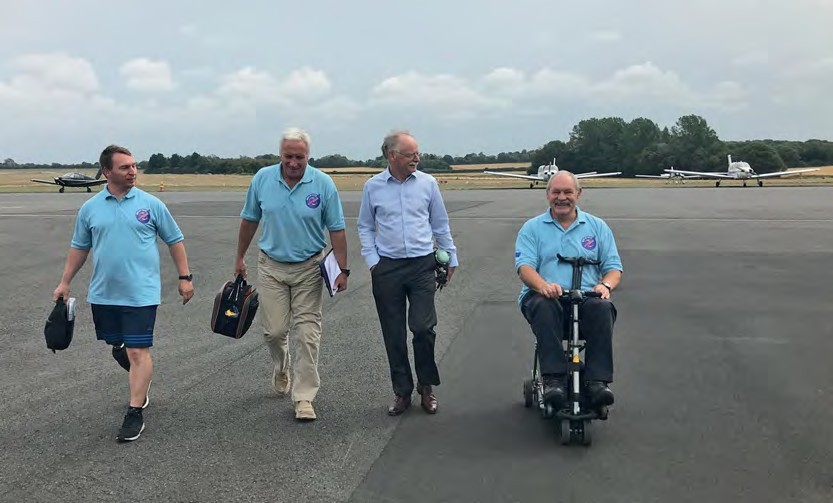 Keep an eye open next year, as amid loud, high-energy military jets and the nostalgia of vintage types, it could be all too easy to overlook a neat but otherwise less dramatic formation of three Piper PA-28 Cherokee light aircraft. The three machines form the first-ever British-based formation team flown exclusively by pilots with disabilities, and their display represents all that is best about fortitude and determination, as well as having a direct link to British aviation history.

The aircraft each carry the script ‘The Bader Bus Company — Still In Business’, a slogan that fellow enthusiasts will recognise as words carried on some wartime aircraft of No 242 Squadron, which was led by the legendary Douglas Bader. While it has to be said that the pugnacious Bader was a distinctly ‘Marmite’ character, his achievements in overcoming the loss of both legs in a pre-war flying accident, then returning to flying as one of the leading fighter pilots of World War Two, were truly inspirational. Bader remains an inspiration to many today, not least those with disabilities including lost limbs and paraplegia, who have been able to achieve the dream of flying due to the work of the Blackbushe-based charity Aerobility. The organisation now operates a fleet of five aircraft, with which it offers flying training and aviation experiences to more than 1,000 disabled people each year.

“Flying close formation in a basic trainer is arguably harder than with more powerful types, yet the Bader Bus Company ‘drivers’ have risen to their challenge with aplomb “

In late 2017 Charley Bickers, the grandson of Sir Douglas Bader, began a project to create the Bader Bus Company formation team. Working with Aerobility and the Douglas Bader Foundation, he created a structure to identify appropriate pilots and to train them in the specialist art of formation display flying.

Flying close formation in a basic training aircraft such as a Piper Cherokee is arguably harder than with more powerful, responsive types, yet the Bader Bus Company ‘drivers’ have risen to their challenge with aplomb, as might be expected from three pilots who have already conquered adversity. Team leader Mike Wildman had a decorated military career, flying as an RAF pilot in the first Gulf War, Bosnia, Somalia and Rwanda. He subsequently flew as an airline captain before receiving serious injuries in a motorcycle accident. In January 2017, Mike’s left leg was amputated just below the knee.

Not only is Mike the leader of the formation team, but he’s also been equally determined to resume his commercial flying career. In September 2018, on the eve of the Bader Bus Company’s inaugural public display, he regained his class one medical status from the CAA and has now rejoined Virgin Atlantic to become the world’s first amputee long-haul airline captain.

‘Bader 2’, Alan Robinson, was (and remains) a fanatical motorcyclist despite losing a leg in a crash. He worked as an RAF aircraft technician for 19 years, but only began flying after his accident, notably just three days after receiving his first prosthetic limb. He was subsequently chosen by Prince Harry to fly a Spitfire (see Aeroplane February 2017), literally following in Douglas Bader’s steps.

‘Bader 3’, Barry Hobkirk, had more than 20 years of flying experience behind him when he suffered a spinal injury while serving in the Falklands during 1990. Despite losing the use of almost all leg mobility, he used Bader’s example to convince the RAF medical board that despite his disability, he could still fly.

Within two years he had rejoined his old unit in the South Atlantic to complete his tour of duty on Boeing Chinook helicopters. “Even the SAS were sometimes a bit spooked when I turned up in a wheelchair and climbed into the cockpit”, Barry chuckles.

The team’s routine is further enhanced by a musical accompaniment specially written by Guy Farley, a leading British composer who penned the evocative theme for the TV coverage of the 2016 Paralympic Games. The matching of the music to the formation flypasts brings the display to life, another reason why, despite the humble nature of its machinery, the Bader Bus Company is well worth looking out for.