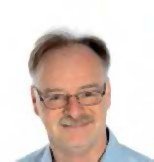 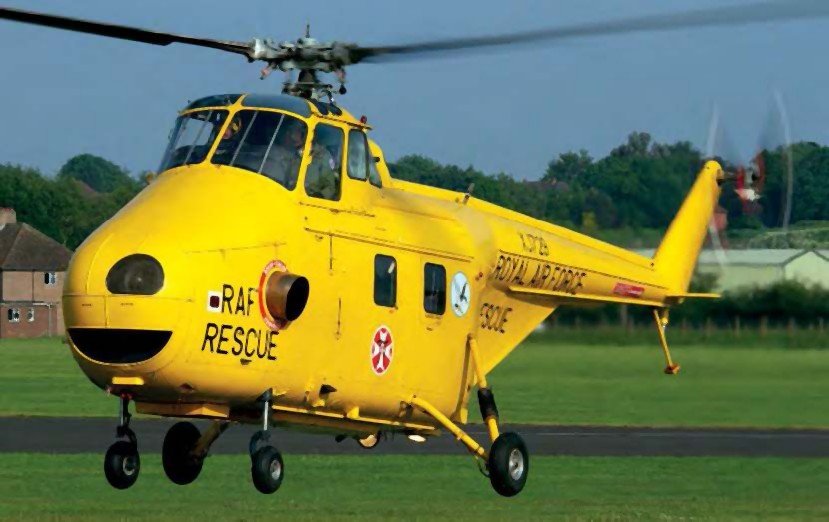 There used to be a comment bandied about that, “if helicopters are so safe, how come there are no vintage ones?” I’m delighted to say that the maxim is no longer true, and the last few years have seen an increasing number of classic helicopters returning to our skies.

Prime among them is Whirlwind HAR10 XJ729/ G-BVGE, which, in its bright yellow No 22 Squadron search and rescue livery, has been highly popular on the airshow circuit since its restoration by a team led by businessman Andrew Whitehouse. The venerable Westland product regained its permit to fly at the end of 2013, and Somersetbased Historic Helicopters has done a phenomenal job not just in getting the now 62-yearold aircraft airworthy, but in maintaining almost flawless reliability over the course of the past five display seasons.

There’s more to come from Andrew’s stable, too.

And the Whirlwind isn’t alone on the UK air display circuit.

The Historic Army Aircraft Flight, now operating as a civilian entity, offers the spectacle of some of the mainstays of the 1960s and 1970s Army Air Corps, including the Westland Scout and Sioux, as well as fixed-wing aircraft including the Auster AOP9 and de Havilland Beaver.

There is also the tantalising (if possibly distant) prospect of its currently static Saro Skeeter being made airworthy again, if a solution can be found to the delamination of the wooden main rotor blades which forced the grounding of the fleet’s survivors a decade ago.

”The last few years have seen an increasing number of classic helicopters returning to our skies. Prime among them is the Whirlwind HAR10, which regained its permit to fly in late 2013”

If a cost-effective technical solution can be found, it’s a type I’d love to see back in the air. The Skeeter, originally developed by Cierva, then Saunders-Roe and finally produced by Westland, entered army service in 1957 and was regarded as a delight to fly, if somewhat lacking in load-lifting capability due to its use of a 140hp de Havilland Gipsy Major engine. So saying, the small engine today may make it potentially a more economical — if that’s ever possible with a helicopter — type to be operated by a private owner.

Another classic helicopter that might well be due a renaissance is the Brantly B-2.

For me, the stylishly streamlined ‘flying ice cream cone’ designed by Texan Newby O. Brantly summed up the swinging sixties in a manner which the more utilitarian open-frame Bell 47 and Sud Alouette II failed to achieve. Currently there are four examples of the Brantly on the UK register, three of which are potentially airworthy. It would be good to see the ‘E-type Jaguar of the skies’ represented at some fly-ins or displays next year.

The naval sister of the Westland Scout, the Wasp, is a more frequent sight at UK shows with four examples flying. The Wasp came from the same Saunders-Roe P531 programme as the Scout, becoming the Royal Navy’s first torpedo-carrying helicopter.

There’s nothing quite like the buzz of the Rolls-Royce Nimbus gas turbine, or its unique silhouette with the four wheeled castoring undercarriage that allowed the aircraft to be manoeuvred on small, pitching frigate decks.

Equally distinctive and perhaps even more emotive is the rotor thump of an incoming Bell UH-1 Iroquois, or ‘Huey’.

The type will forever be synonymous with the Vietnam War, and for many contemporaries of the conflict the sight and sound of a ‘Slick’ or a ‘Hog’ is every bit as poignant as that of a Spitfire or Hurricane.

In October, MSS Holdings, the operator of ‘Huey’ G-UHIH, became — as reported in our news pages this month — the first organisation to be given approval by the Civil Aviation Authority to use an ex-military helicopter for the purpose of recreational passenger flights.

The Huey will operate under the same Safety Standards Acknowledgement and Consent (SSAC) approvals which have, since 2014, allowed operators to offer flights in historic aircraft such as two-seat Spitfires to paying passengers under certain strict conditions. I wonder whether the flights will be accompanied by the evocative Ride of the Valkyries soundtrack from Apocalypse Now?