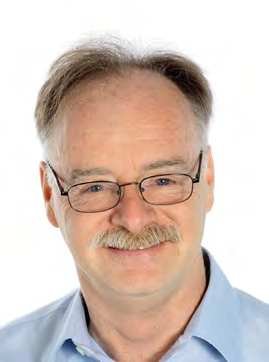 This month’s column is personally close to my heart. As the CEO of the Light Aircraft Association, I am looking forward both to an eventual escape from our COVID-19 lockdown and a series of events later this summer to celebrate our 75th anniversary as the UK’s leading powered sports flying association.

On 22 October 1946, an inaugural meeting was held at a flat in Euston Square in London, belonging to the brothers Maurice and Ian Imray. Maurice became the new Ultra-Light Aircraft Association’s secretary, while technical negotiations with the Air Ministry were led by Gp Capt Edward Mole, an RAF staff officer and ex-test pilot.

Another who was present that evening was regular Aeroplane contributor Arthur W. J. G. Ord-Hume, then rebuilding a prewar Luton Minor. He described himself as, “the youngest of the team by a good margin.”

Arthur defines Maurice Imray as “an unsung hero”. It was Imray who got down to the hard and unspectacular business of founding the organisation, commenting, “A well-organised and efficient movement will be in a far better position to approach the Ministry of Civil Aviation than any single individual, however enthusiastic he or she may be.”