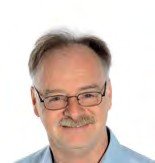 We so often bemoan the ageing population of those involved in flying, so in recent weeks I was delighted to note new blood in the community. Some younger faces seem to be appearing among us old and grizzled veterans, which has to be good news for the future of historic aviation.

The first of these came to light at the recent Radial, Trainer and Transport fly-in at Wolverhampton’s Halfpenny Green aerodrome. Notwithstanding some issues with the runway surface, which wilted under the efflux of de Havilland Vampire WZ507’s exhaust, it was a superbly organised event bringing together everything from the aforementioned jet trainer to radial-powered rarities such as Stearmans, Stinsons and Wacos, the mighty Antonov An-2, Glenn James’ newly acquired Avro Anson and no less than four North American T-6 Texans/Harvards.