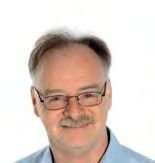 It was interesting to note that, in an airshow audience survey commissioned by the CAA as part of its review of the more stringent regulations imposed following the Shoreham tragedy, one of the prime concerns expressed was the declining variety of performances.

It isn’t helped, as Richard Paver wrote in the July Aeroplane, by the emasculation of civilian classic jet operations in the UK. Soaring costs and reducing display opportunities mean an ever-increasing number of these aircraft are being sold overseas, while all British civil-registered Hawker Hunters still remain grounded post-Shoreham despite the Air Accidents Investigation Branch report having not confirmed any mechanical issues with the aircraft. Why?

The CAA restrictions on display airspace are also a factor. These days, many venues are restricted to an ever-tighter ‘box’ with no-fly zones over surrounding buildings and minimum heights above roads and railways. For some lowerpowered or less manoeuvrable aircraft the situation can become virtually impossible. Even for pilots of higherpowered aeroplanes, many of whom fly airshows for personal pleasure, there is a feeling that flying in such constrained conditions is neither comfortable, nor safe, nor fun; therefore, they are turning their backs on some displays.

Thankfully there is still no shortage of organisers and performers who are dedicated to offering broad entertainment. The opening display of the season at Duxford experimented with a much wider range of aircraft, from World War One veterans and 1930s racers to the ear-splitting Rafale. The Flywheel event at Bicester used the unobstructed into-wind grass airfield to full advantage, culminating in a spectacular dogfight between Spitfire MH434 and a Hispano Buchón flown by ex-Red Bull Air Race pilots Paul Bonhomme and Steve Jones. 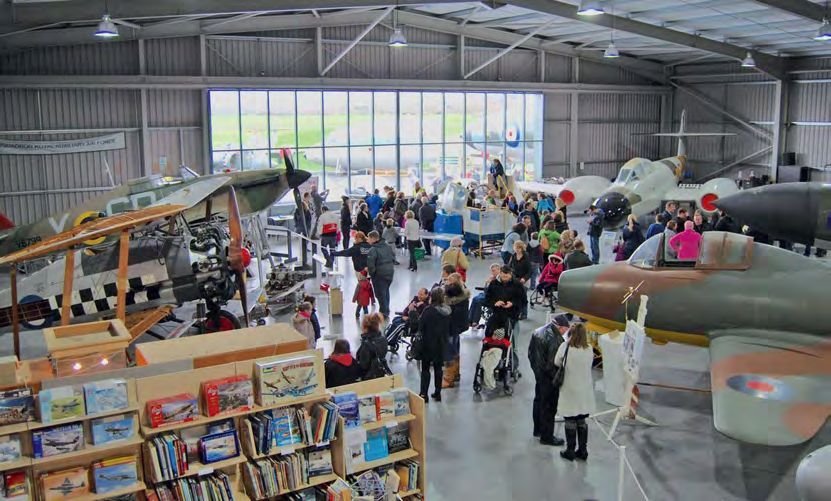 One of many well-attended events at the Jet Age Museum, which has recently been honoured by way of the Queen’s Award for Voluntary Service.
JAM

Sometimes, even a relatively low-key display can be enhanced by a bit of creative thinking. At a recent Old Warden event, Tiger Moth pilot Scott Butler came up with the idea of using a couple of flypasts to link the initial flying training ‘effects of controls’ demonstrations with the commentary to show how the elementary trainer would have been used. Simple, fun, creative — and added variety.

The Queen’s birthday honours list, published last month, gave due recognition to an oft-unsung area of aviation heritage. Sebastian Cox, head of the RAF Air Historical Branch, was awarded the OBE for his services to the RAF and to aviation heritage.

The AHB was first established in 1919, in recognition of the need of the fledgling RAF to have an official history of British air operations in the First World War. It subsequently has become both the custodian of the air force’s records and official diaries, and performs an important role in offering official narratives of past actions (often classified) to help inform current military planning. Today based at RAF Northolt, whence it moved from Bentley Priory in 2008, the AHB is headed by Cox, who in 1996 became the first civilian to lead the branch, succeeding as he did a string of high-ranking RAF officers who had previously held the post. The honour, as we head into the year leading to the service’s centenary, is timely as well as fully deserved.

There was suitable royal recognition last month for the Jet Age Museum at Gloucestershire Airport, too. The museum and its volunteers received the Queen’s Award for Voluntary Service 2017, an accolade created by the Queen in 2002 to mark her Golden Jubilee, recognising excellence in voluntary activities carried out by community groups. Housing locally built aircraft including the Gloster Javelin and Meteor and replicas of the pioneering E28/39 jet and a pre-war Gamecock, the JAM received particular comment from the chair of the assessment committee Sir Martyn Lewis for providing an educational resource and “their work in promoting and preserving the history of Gloucestershire’s role in world aviation”. Well done all.