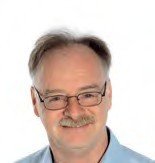 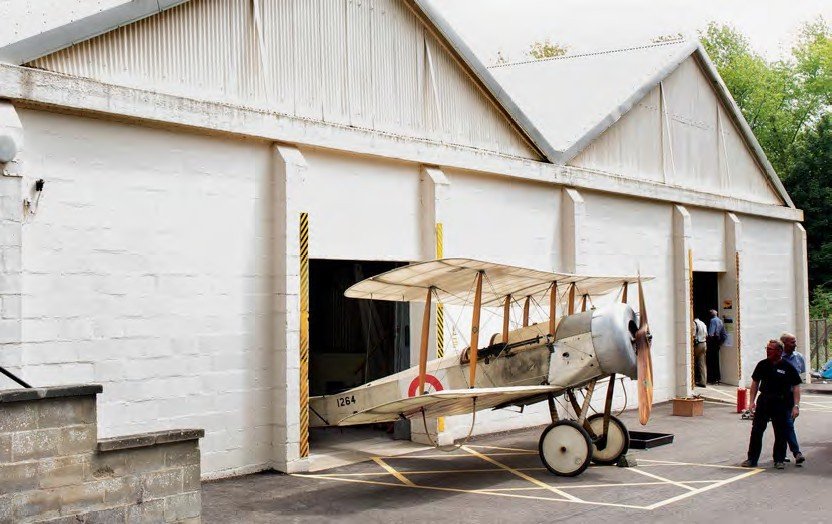 The Bristol Scout reproduction with its tail in the historic Larkhill hangar this July.
DIETMAR MORLEY

If ever there is a single building which marks an airfield’s character above all others, it has to be the aircraft hangar. Aerodromes operate quite happily without control towers or even tarmac runways, but without hangars providing shelter for the based aircraft, they’re just not airfields, are they? Even when an airfield is no longer operational, its hangars often remain as a final landmark and monument.

It is good therefore to see that these structures are gaining increased recognition, such as the Grade II-listed Municipal Hangar at Shoreham Airport, where restoration work began last month. Built in 1935, to complement the similarly stylish terminal building, it is described by Historic England as “bearing witness to the phenomenal growth of civil aviation in this period, a pioneering and audacious episode of considerable historic interest.”

At the beginning of July, Britain’s oldest surviving aircraft hangars, the sheds built in 1910 at Larkhill in Wiltshire for the Bristol School of Flying, echoed to the rasp of a Le Rhône rotary engine for the first time in more than a century when David Bremner and Theo Willford swung the propeller on their Bristol Scout replica. Although the airfield is now a housing estate, some of the sheds remain as storehouses for the Army. The engine run was particularly important historically, as the prototype Scout flew for the first time from Larkhill in February 1914, and no Bristol Scout had been seen there since.

“At the beginning of July, Britain’s oldest surviving aircraft hangars, the sheds built in 1910 at Larkhill, echoed to the rasp of a Le Rhône rotary for the first time in more than a century”

Another place to go is nearby Old Sarum, where the equally historic ‘Belfast truss’ hangars with their intricate wooden roof designs house both locally based aircraft and the Boscombe Down Aviation Collection. Further afield, additional structures of the period face a less secure future ‘thanks’ to the vagaries of the Defence Infrastructure Organisation.

Sadly, no-one knows the long-term future of the unique collection of Belfast truss hangars at RAF Henlow, or the unique ex-Royal Naval Air Service hangar which was re-erected when, in 1917, the Royal Flying Corps moved its air mechanics school from Farnborough to Halton in Buckinghamshire. The airfield, the school workshops built by German PoWs, and the adjacent World War One training trenches where ‘erks’ were ‘hardened off’ before being sent to the Western Front, are all threatened by MoD disposal plans. Adding insult to injury, many ‘based’ aircraft have recently been evicted from Halton’s hangars to allow the MoD’s estates division to use them for storing domestic appliances such as washing machines. Ye gods, what fools we are!

But for me, Britain’s most historic aviation buildings must be the Cardington airship hangars. The two immense structures, which once accommodated the Royal Airship Works, dominate the Bedfordshire skyline and this year celebrate their centenary.

The Cardington sheds are true cathedrals to aviation, measuring 689ft in length, 180ft in width and 157ft to the apex of their corrugated roofs. To give an impression of the immense scale of the buildings, the liner RMS Titanic would have fitted into either shed with just 39ft of her stern protruding.

The R101’s crash en route to India in October 1934 sealed the fate of the Royal Airship Works and British airship development. Cardington’s sheds, though, still had a role to play. During 1936 they became the centre of production for the thousands of barrage balloons that protected locations from low-level attack, while in the time of National Service Cardington was the reception unit where thousands of RAF recruits went to be issued with their kit.

Today, Cardington’s Number 1 shed is home to the revolutionary Hybrid Air Vehicles design, which combines aerodynamic and lighter-than-air technology to generate lift. The proof-ofconcept Airlander 10 is, at 301ft in length, the largest aircraft currently flying in the world today, yet it is less than half the length of the inter-war behemoths. It fits into Shed 1 with ease. Happy 100th birthday, Cardington.