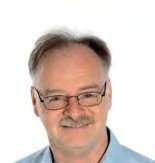 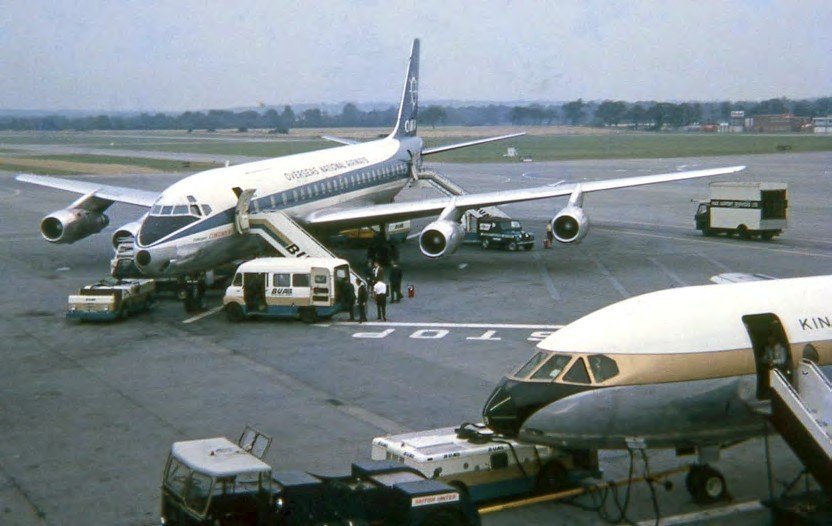 A classic spotting scene from Gatwick in 1967, with a Kingdom of Libya Airlines Caravelle in the foreground of an Overseas National Airways DC-8-55. KENNETH H. HARMSWORTH

There was a time when no railway journey in Britain could start without passing a cluster of young people on the platform’s end, earnestly noting the locomotive numbers in their Ian Allan ‘ABC’ guides. Today those platforms are often bereft of such souls, and I must say that I fear too for the future of aircraft spotters. When was the last time you saw a young one?

The forerunner of this magazine is partially responsible for the pastime. In 1941, The Aeroplane’s publisher created The Aeroplane Spotter, to provide information and recognition silhouettes to the large numbers of ‘spotters’ who were manning observation posts to identify the approach of enemy aircraft. Their skill in distinguishing hostiles from friendlies enabled timely warning to be given to the workers to rapidly take cover. Their work was supported by the National Association of Spotters’ Clubs.

Aircraft recognition training was also a core activity for the Royal Observer Corps, which reported hostile and friendly aircraft movements to the air defence network so that plots derived from radar could be classified. In the services, too, anti-aircraft gunners and aircrews were required to study aircraft recognition, and The Aeroplane Spotter was a vital means of keeping up to date for everyone.

Unsurprisingly, all this activity sparked an interest which continued beyond the end of hostilities, resulting in the birth of spotting as a pastime in itself. After The Aeroplane Spotter was closed there was little appropriate information to support the hobby, with the big periodicals such as The Aeroplane and Flight primarily being aimed at those working in the aviation industry. In response, during 1948 Air-Britain was formed and within the year had produced the first edition of its quarterly Air-Britain Digest, which continues to this day in providing a superb source of current news and historical background for its 3,300 members.

”Spotting probably reached its apogee in the late 1960s, when a plethora of highly active military bases and relatively unfettered access to civilian airports meant a spotters’ field day”

Perhaps the heyday of spotting itself is now past. It probably reached its apogee in the late 1960s, when a plethora of highly active military bases and relatively unfettered access to civilian airports meant a spotters’ field day, maybe best illustrated by the wonderful viewing gallery that used to crown the Queen’s Building at Heathrow. Today, with one or two exceptions, even the hardiest of enthusiasts will have their enthusiasm tested by the lengthy wait for any activity at a lot of military airfields, while civilian airfield security measures mean that airliners and other types are often only seen from afar.

The good news is that, while the hardy spotter may be an endangered breed in the purest sense, their enthusiasm has carried over into many wider activities, not least photography and filming. This has been revolutionised by the advent and growth of digital photography and posting information on the internet, which seems to appeal to a far wider age and interest group. It is noteworthy that Air-Britain was at the forefront of this technology when in 2006 it launched www.abpic.co.uk, an online photographic collection where members and the public can submit their digital aviation images. There is a further online information exchange, AB-IX, to allow the sharing of knowledge and information between members.

Of course, Air-Britain isn’t alone in offering opportunities for aircraft enthusiasts to share their passion. There are several more regional groups up and down the country, a very good example being Air Aces, the Arun and Chichester Air Enthusiasts’ Society on the south coast. Its members comprise a wonderfully eclectic mix of pilots, aircraft owners, historians, aeromodellers, photographers and not least spotters, who meet monthly to both exchange their experiences and enjoy a wide range of guest speakers.

Better still, these enthusiast groups, while admittedly no longer attracting too many teenagers from their virtually connected worlds, still boast a wider-ranging age group among the ranks of their members. Maybe the spotter is not nearing extinction after all — perhaps they are merely embracing wider and more diverse ways of fulfilling their interests?