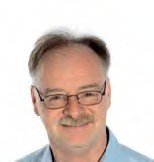 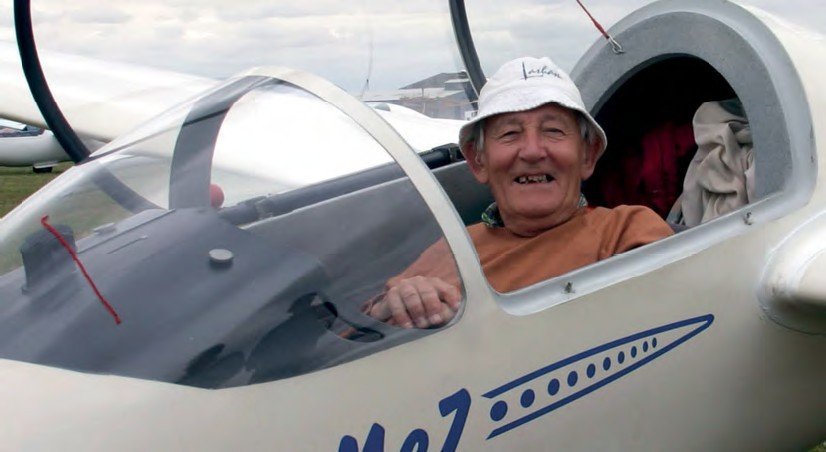 The late, great Derek Piggott in his element: in the cockpit of a Mechta Me7 glider for the 2005 Lasham Regional championships.
VIA PAUL HALLIDAY 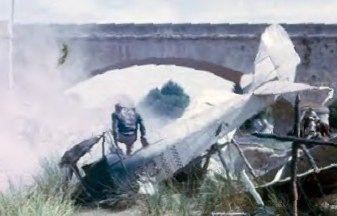 Exiting from the superbly staged Tiger Moth crash-landing, carried out in Spain for the film Villa Rides.
VIA MATTHEW BODDINGTON

“Boddington and Piggott devised a scheme to pull out key undercarriage bolts with wires after take-off, ensuring that it would collapse as the aircraft smashed through the barricade”

In early January the aviation community lost somebody who, I’d argue, was up there with the greats, his name worthy of recognition with the likes of Alex Henshaw, Neil Williams, Ray Hanna or Bob Hoover as one of the great ‘pilot’s pilots’: Derek Piggott MBE.

Derek’s RAF career spanned World War Two combat flying in Dakotas — and Hotspur, Horsa and Hadrian troopcarrying gliders after volunteering to transfer temporarily to the Glider Pilot Regiment in 1944 — and giving flying instruction on everything from Tiger Moths to Lancasters.

Then post-war he made his name in sport gliding, as well as film flying for productions including Those Magnificent Men in their Flying Machines, The Blue Max, Villa Rides, Darling Lili, The Red Baron and the 1970s BBC TV series Wings. He set many gliding records, was the first person to make a verified humanpowered flight in Southampton University’s SUMPAC aircraft, and successfully flew a replica of George Cayley’s 1853 glider.

While Derek was rightly lauded for his big-screen exploits, it was in gliding and instruction that he left his greatest legacy. From 1953 until ‘retirement’ in 1990, he was the chief flying instructor of the Lasham Gliding Society, helping build it from a group of small, disparate clubs sharing the former wartime airfield in Hampshire to one of the world’s premier gliding locations. He also created the modern regime of dual-control training, as previously pilots had been taught on solo gliders, graduating from ‘ground slides’ and short hops to eventual circuits, a process which was both timeconsuming and hard on aircraft.

Derek was active in gliding well after his official retirement from instructing. At the 2005 Lasham Regional competition, then aged 82, he completed a triangular ‘Diamond C’ 505km (313.8-mile) flight, returning to Lasham with the task ‘in the bag’ after seven hours and 14 minutes in the air.

His logbooks totaled more than 5,000 hours on 154 types of powered aircraft, with a similar 5,000-plus hours logged on 184 types of glider. He still flew regularly thereafter, but no longer as pilot in command.

Even just a few months before his death at 96, he drove to — and flew — at Lasham.

Inevitably when flying to the limits, Derek had a few moments, but only once had to bail out: when the tailplane of a Polish-built SZD-9 Bocian glider ‘departed’ during an aerobatic training flight. Amazingly, not only did Piggott and his student escape injury, but the unmanned glider proved repairable after its crashlanding, and it too went on to fly again.

Piggott’s film flying is perhaps best remembered for his multiple passes under a railway bridge near Cork, Ireland, in Fokker Triplane replicas during the making of The Blue Max. However, the example which I think equally demonstrates his innovation and precision was the deliberate crash of a Tiger Moth in 1968, carried out for the movie Villa Rides.

Piggott was working in Spain with fellow film pilot Charles Boddington on the film about Mexican rebel Pancho Villa, who led a revolution helped by an imprisoned American aviator. The script called for a Tiger Moth, disguised as a Curtiss ‘Jenny’, to crash-land in front of a fort, ploughing through the defences to allow Villa and his men to win the day. Boddington and Piggott devised a scheme to pull out key undercarriage bolts with wires after take-off, ensuring that the undercarriage would collapse as the aircraft smashed through the barricade.

The shoot was a success for all concerned, Piggott commenting afterwards that he earned “more in those four minutes than in a year of instructing at Lasham”.

However, he said, it was a pity “that it came at the cost of a rather nice old aeroplane.”