Stealth is widely hyped, but rarely well understood. Stealth, or low observability (LO), does not make an aircraft invisible to radar. However, if an aircraft’s radar cross section (RCS) can be reduced, it will appear ‘smaller’ on radar and may be detected later, at shorter range.

Today’s fifth-generation types incorporate a degree of low observability that gives them a much reduced RCS compared to conventional aircraft. But the low RCS is a function of optimized design, purpose-built structure and advanced specialized materials. Radar cross section can be measured in dBm² (decibels per square meter) or more simply in square meters. However, in the latter case, the radar cross section of an aircraft is NOT the same as its actual cross-sectional area.

Instead, the RCS is quoted in terms of the equivalent area of a metal sphere that would reflect back the same radar energy as the aircraft, when viewed at the same altitude, from straight ahead. For example, the Lockheed Martin F-22 Raptor has a frontal RCS of 0.0001-0.0002m², equivalent to a marble-sized sphere, while the F-35A has an RCS of about 0.0015m² – equivalent to a golf ball-sized metal sphere.

This kind of RCS makes an immediate tactical difference – an F-22 can be detected by a fighter radar, but only at ranges of 5-10km (APG-68 and APG-80), far too late for defensive systems to react.  Of course, the LO fifth-generation fighters are designed for something close to ‘all aspect’ stealth – having a low radar cross section when viewed from any angle. This is difficult to achieve, and some aircraft that are thought of as being LO aircraft are not stealthy from all angles. Even those that are, will often have to carefully calculate where they can turn and what bank angles they can use in order to remain as inconspicuous as possible.

But this kind of full-on stealth, or true LO, can only be achieved by an aircraft designed to be stealthy from the very start, with appropriate shaping, including the carefully tailored orientation and curvature of surfaces, alignment of edges and the shielding of any ducts or cavities. The LO aircraft will use carefully-selected materials, including advanced composites and radar-absorbing materials (RAM), metamaterials as well as other artificial types, and will benefit from active and passive cancellation of a threat radar’s ‘skin return’.

Conventional, non-LO combat aircraft have much larger radar cross sections – that of the B-52 has been calculated at 100m², the F-15 at 25m², the F-16 and MiG-29 at 5m², and the Super Hornet and Rafale at 1m², with the Eurofighter Typhoon variously reported at the same level, or at 0.5m² (GlobalSecurity.Org).

So, while these aircraft are visible to radar at tactically useful ranges, reducing their RCS will delay detection, and may make EW tactics and techniques more effective. If an F-16’s RCS was to be reduced to something equivalent to that of a Super Hornet, for example, radar detection range would be shortened by about 30-45% – something that could be critical to mission success, or even survival!

Since the USAF has long since abandoned its once-planned ‘all stealth’ combat force, and with F-35 procurement proceeding more slowly than had originally been expected, boosting the effectiveness of legacy platforms has become a priority.

Air National Guard wings in Alabama, Vermont and Wisconsin have started to receive F-35As, but about 300 Block 30 F-16C/Ds still fly with ANG and Air Force Reserve units, some of the oldest fighters in the Air Force inventory. It has been estimated that it could take more than a decade to replace them all. Nor is there any immediate plan to retire the later Block F-16Cs operated by three regular USAF units.

The USAF will thus continue to rely on the F-16 for decades to come, and if those aircraft are to be as operationally useful and as survivable as possible, then they need to be as stealthy as they can reasonably be.

It would be possible to drastically reduce an F-16’s RCS by making major structural changes – reshaping the engine intake and inlet ducts and revising the engine afterburner nozzle. This has actually been undertaken on various F-16 research aircraft, mainly in support of the F-35 program. But this kind of major structural modification is neither practical nor affordable on a larger, wider scale, and the incorporation of a diverterless supersonic intake into a production variant of the F-16 is not feasible, despite the RCS reductions that would result.

But surface treatments are possible and these can make a real difference. The importance of surface finish to an aircraft’s radar cross section can be gauged by the Royal Navy’s experience during the Falklands War. As the Task Force exercised while it sailed south, it became clear that there was a significant disparity between the RCS of different individual Sea Harrier airframes. Investigation revealed that this disparity was down to the amount of WD-40 (a spray oil used to repel moisture and inhibit corrosion) applied to the aircraft. Paint contaminated by WD-40 was found to be more reflective of radar energy.

The designers of the Lockheed F-117 tackled the problem by completely coating the aircraft with 2,000lbs of RAM, while the F-35 uses a range of special techniques and technologies, including radar-absorbing structures for the fuselage and leading edges, plus paint-type RAM and an Infrared (IR) top coat. RAM is embedded into the aircraft’s skin, making the entire airframe a radio frequency grid, that behaves like a single resistance circuit pathway, cancelling the radar energy that hits it.

But treatments, and especially surface coatings and edge treatments, can be applied to existing designs in order to reduce their RCS. The F-16 has benefited from a long-running program of improvements to minimize its RCS, under the name Have Glass.

The first phase, Have Glass I, covered the addition of an indium-tin-oxide layer to the gold-tinted cockpit canopy. This was a vapor-deposited coating, which was applied in a similar way to the application of coatings to sunglasses. The gold tinting formed a very thin and very delicate film, which was reflective to radar frequencies, and tended to hide the ejection seat and pilot’s head from radar.

When applied to Dutch F-16As, the canopy film was known as the Pacer Bond modification. The first to be modified (J- 358) was delivered on September 5, 1986. The Have Glass II program saw some 1,700 F-16s receiving further changes. Have Glass II encompassed two separate modifications, known as Pacer Mud and Pacer Gem I/II.

Pacer Mud was a modification that reduced RCS, adding FMS-3049 RAM to several areas of the airframe, including the air intake, with RAM foam installed behind the radar antenna. The RAM coating contained ferromagnetic particles embedded in a high-dielectric-constant polymer base. The dielectric material slowed down the incoming radar wave and the ferromagnetic particles absorbed the energy. The small reflection from the front face of the absorber was ‘cancelled’ by the residual reflection from the structure beneath it.

Overall, the RAM covered about 60% of the F-16's structure (mainly forward and side facing areas) in 10-12mm thickness, adding 100kg to the empty aircraft weight. Pacer Gem entailed the application of an FMS-2026 top coat that used fiberglass particles to reduce the infrared signature. Relatively few aircraft received the Pacer Gem upgrade, because the costs were too high and the cure times were much longer.

Have Glass II was primarily applied to ‘Wild Weasel’ F-16CJ aircraft (now designated as Block 50/52 F-16CM/DMs) tasked with the SEAD role – attacking deadly surface-to-air missile sites. These were mainly assigned to Shaw AFB, Eglin AFB and Spangdahlem AFB. The new paint had a distinct metallic sheen and was applied using the same CASPER (Computer Aided Spray Paint Expelling Robot) system used for the F-22. The use of paint-spraying robots allowed the operator to reach confined areas, such as the inlet ducts and to work without stepping on the aircraft.

The paint looks great on first coming out of the paint barn, but does become metallic and dirty looking in a short period of time. It was also not very resilient, and Have Glass aircraft often had a grubby, faded appearance with a flaking finish. It remains unclear as to whether that was due to the paint itself, or to new ‘environmentally friendly’ primers used on the aircraft.

This original Have Glass I/II phase was estimated to reduce the RCS of an F-16 by about 15%, but more was to come. Since 2012 (and possibly a little before), USAF F-16s have started to receive a new, single-tone, dark-gray color scheme, similar to that applied to the F-35 Lightning II Joint Strike Fighter. The new, single-color paint scheme marks a departure from the two-tone gray scheme long associated with the F-16, and the new ferromagnetic paint, which can absorb radar energy, may be more robust and less prone to deterioration than the previous Have Glass I/II paint.

Some Have Glass V aircraft may appear to have a different colored nose, because radar-absorbing paint cannot be applied to the dielectric radome (nor indeed can most conventional aircraft paints), as it may disrupt the signals from the F-16’s own radar.

But while there are clear similarities with the F-35 color scheme, Have Glass V is not an attempt to match the F-35’s low-observability characteristics – which would be impossible without a ground-up redesign. It will, however, deliver a significant boost to the F-16’s survivability and operational capability, and it promises to deliver a performance advantage over competing fighter aircraft, with several reports suggesting that a Have Glass V F-16 will, on average, have a 1.2m² radar cross section, compared with about 5m² for an ‘untreated’ F-16, straight off the line.

This new Have Glass V, or ‘Have Glass 5th-generation’ paint, was initially applied to the SEAD-assigned Block 50 F-16CM (formerly F-16CJ) aircraft, but, in December 2019, the first Block 30 F-16 to receive the Have Glass V paint was rolled out from the Iowa Air National Guard Paint Facility in Sioux City. The aircraft was assigned to the 149th Fighter Wing, Texas ANG, flying out of Joint Base San Antonio-Lackland. Interestingly, the two-letter tail code, serial number and squadron markings were all applied in black instead of light gray. 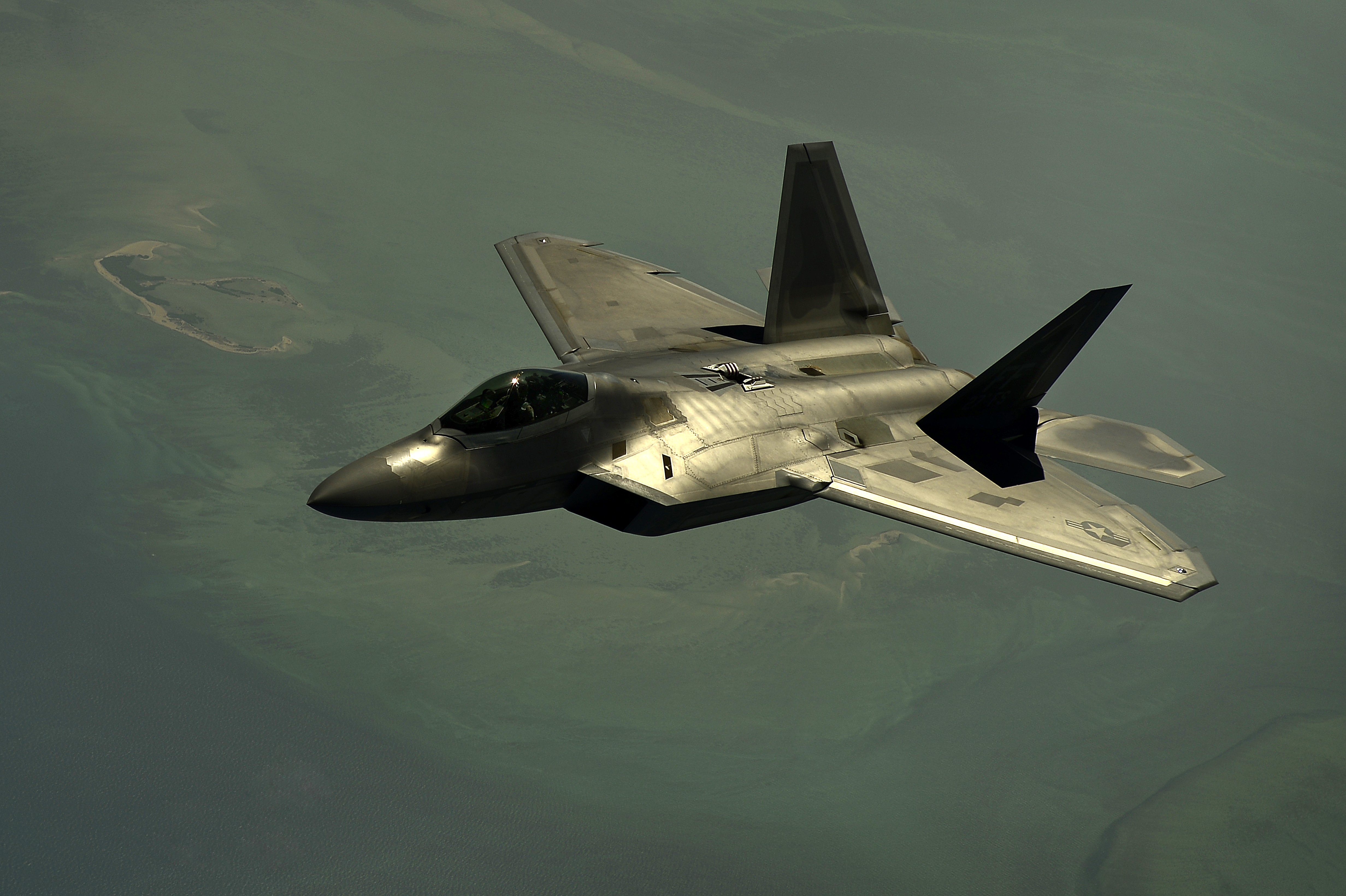 In Europe, the new Have Glass V paint scheme has been applied by SABCA at its Gosselies (Charleroi) facility, in Belgium. SABCA is responsible for depot-level MRO work on USAF F-16s operated in Europe, and for the maintenance and upgrade of the type from nine different operators.

Apart from surface treatments, one of the most crucial things that can be done to make a fourth-generation fighter stealthier is to better manage its electronic signature, making it less detectable through the emissions that it puts out. This means using secure, frequency-agile communications systems and datalinks, and sensors which incorporate LPI (low probability of intercept) technologies.

Fighting Falcons at Joint Base Andrews, Maryland received the first AN/APG-83 radars in January 2020 and in July, the Operational Flight Program Combined Test Force, 40th Flight Test Squadron and the 85th Test and Evaluation Squadron at Eglin AFB, tested the APG-83 in a four-ship formation for the first time. This mission included F-16s and F-15s, with 12 fighter pilots participating, including Active Duty, Reservist, Guard, civilian and contractor aircrew.

None of these improvements will turn the F-16 into a fifth-generation fighter, and none will render it invisible to enemy radar, but they will make it less visible and they promise to make it a whole lot more effective operationally.