During Hawgsmoke the 442nd FW’s ramp became increasingly crowded as the 24 based A-10s were joined by 42 visiting examples.
John Gabor 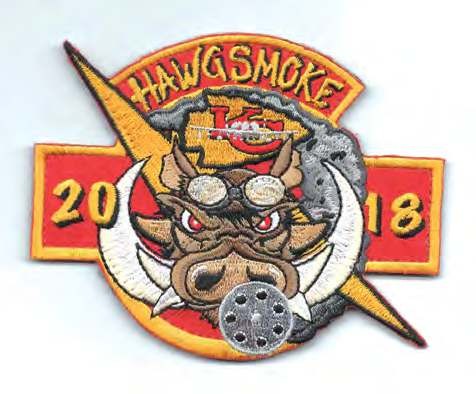 The patch given to pilots attending the event.
John Gabor

Mid-October saw the skies over central Missouri come alive for the biennial Hawgsmoke competition. Hosted by the 442nd Fighter Wing (FW) based at Whiteman AFB, 12 units took part to determine the USAF’s best A-10 ‘Warthog’ squadron.