Just Flight has revealed the Hawk T1/A Advanced Trainer is currently being made for Microsoft Flight Simulator. 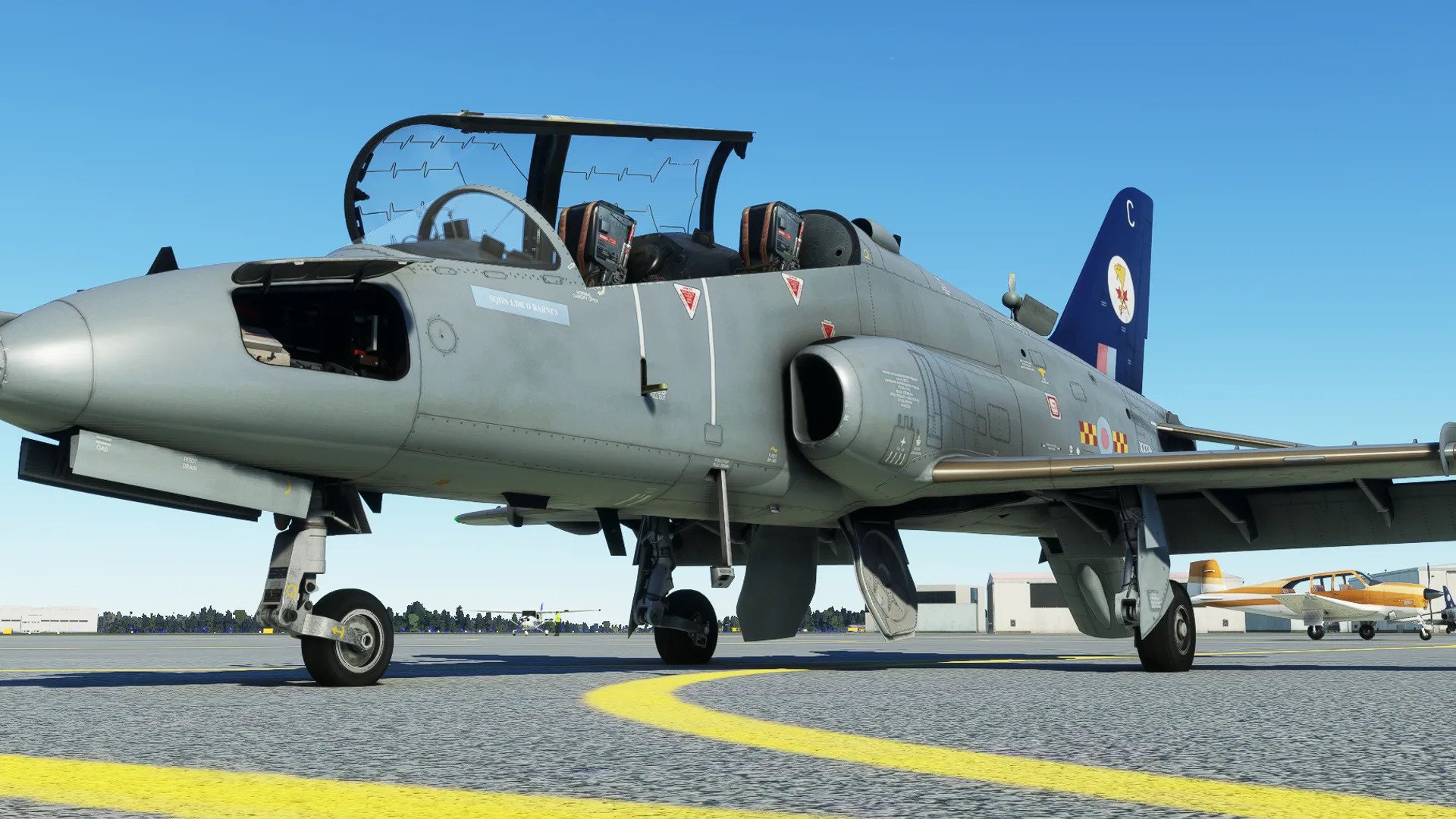 Previously released for FSX, Prepar3D, X-Plane 11 and Aerofly, the Hawk is being developed by Just Flight's in-house development team and is based on a former RAF and ETPS Hawk T1.

The exterior and interior modelling and texturing is almost complete pending the usual tweaking stage during testing. The coding side has barely started, so this initial update focuses on just the 'visuals', but coding is expected to progress fairly quickly over the next month or two.

More information is available on Just Flight's 'In Development' section.