Since 2015, the Luftwaffe has been rapidly developing a new Special Forces capability. Dr Kevin Wright talked with the commanding officer for 4 Staffel ‘Hawks’ of HSG 64, about this highly specialised squadron and its Airbus Helicopters H145Ms.

The first two Airbus Helicopters H145M LUH SOF (Light Utility Helicopter Special Operations Forces) were handed over to the Luftwaffe by the manufacturer on December 8, 2015. They were delivered to Laupheim Air Base in Baden-Württemberg, southern Germany, in March 2016, assigned to the newly formed four Staffel (squadron), of Hubschraubergeschwader 64 (Helicopter Wing 64/HSG 64) that also flies the CH-53G, GS and GA. Their arrival marked a key stage in a rapid procurement programme and an ambitious effort to modernise the air arm’s SOF helicopter capability. 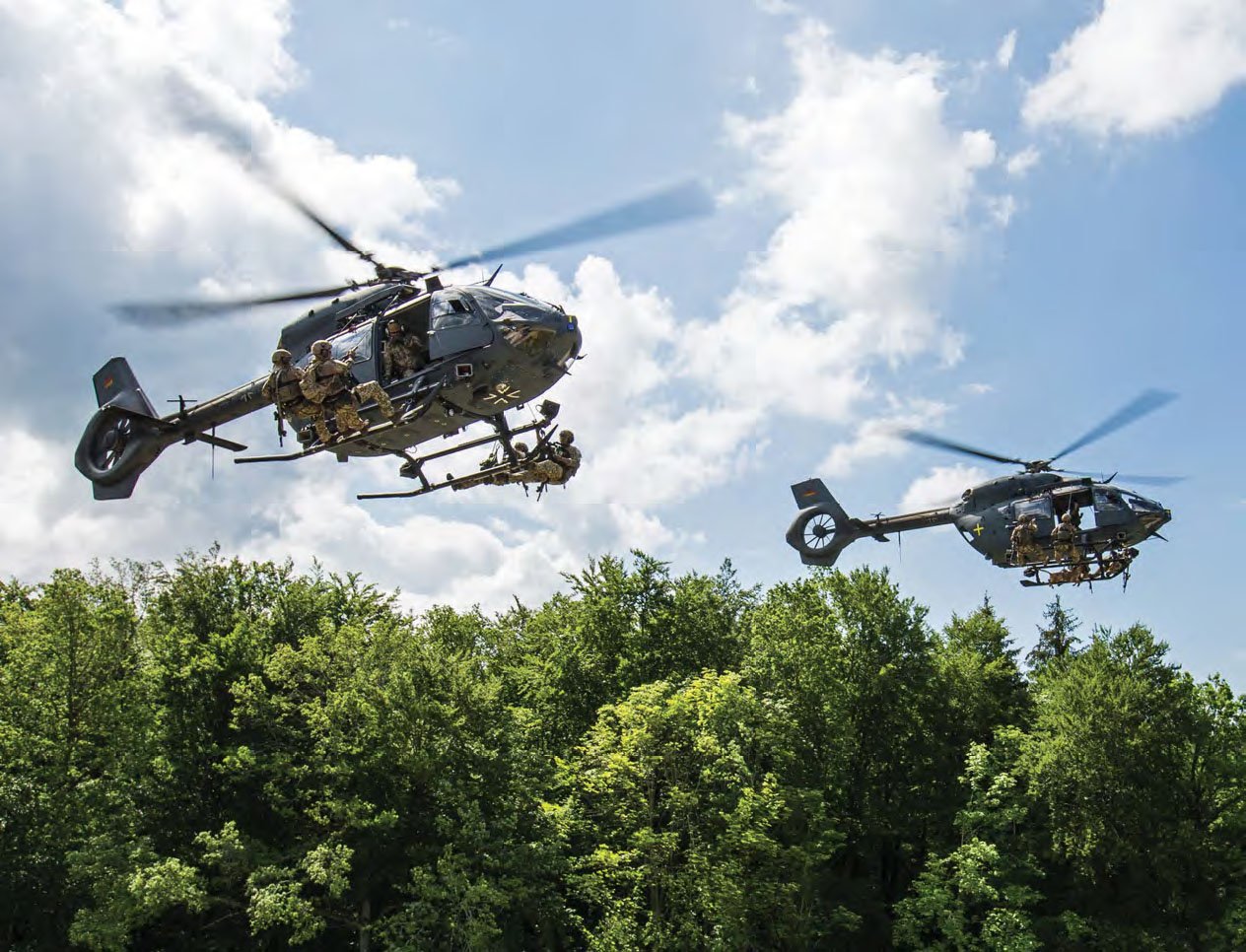