Hawker Hunter up for auction

A historic Hawker Hunter aeroplane has been put up for sale by auction...

Hawker Hunter F.6 XF509 started out with 54 Squadron in 1957 and after 'retirement' stood outside the Humbrol factory in Hull for many years. It was later moved to Fort Paull on display.

Last September the entire contents of Fort Paull, including the sole surviving Blackburn Beverley transport aircraft, went under the hammer and the Hunter was bought by Peter Cordwell. 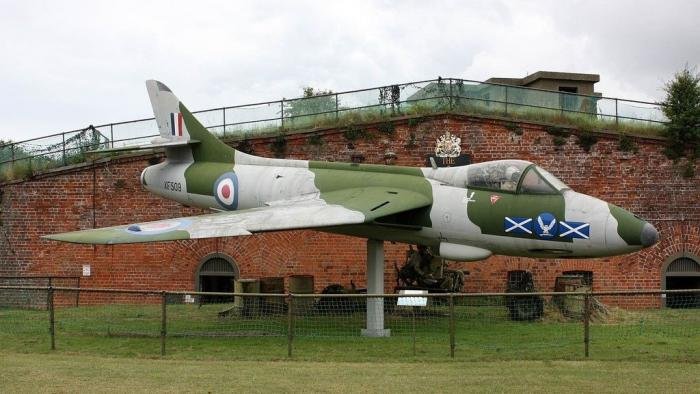 Unfortunately, Peter is believed to have suffered a medical episode and died following a reported burglary at his home last October.

XF509 is to be auctioned again by Gilbert Baitson Auctioneers at their online small arms and militaria auction which finishes on Feb 27.