Aeroplane Heaven has announced the Hawker Hurricane MK1 for FSX and Prepar3D is now available. 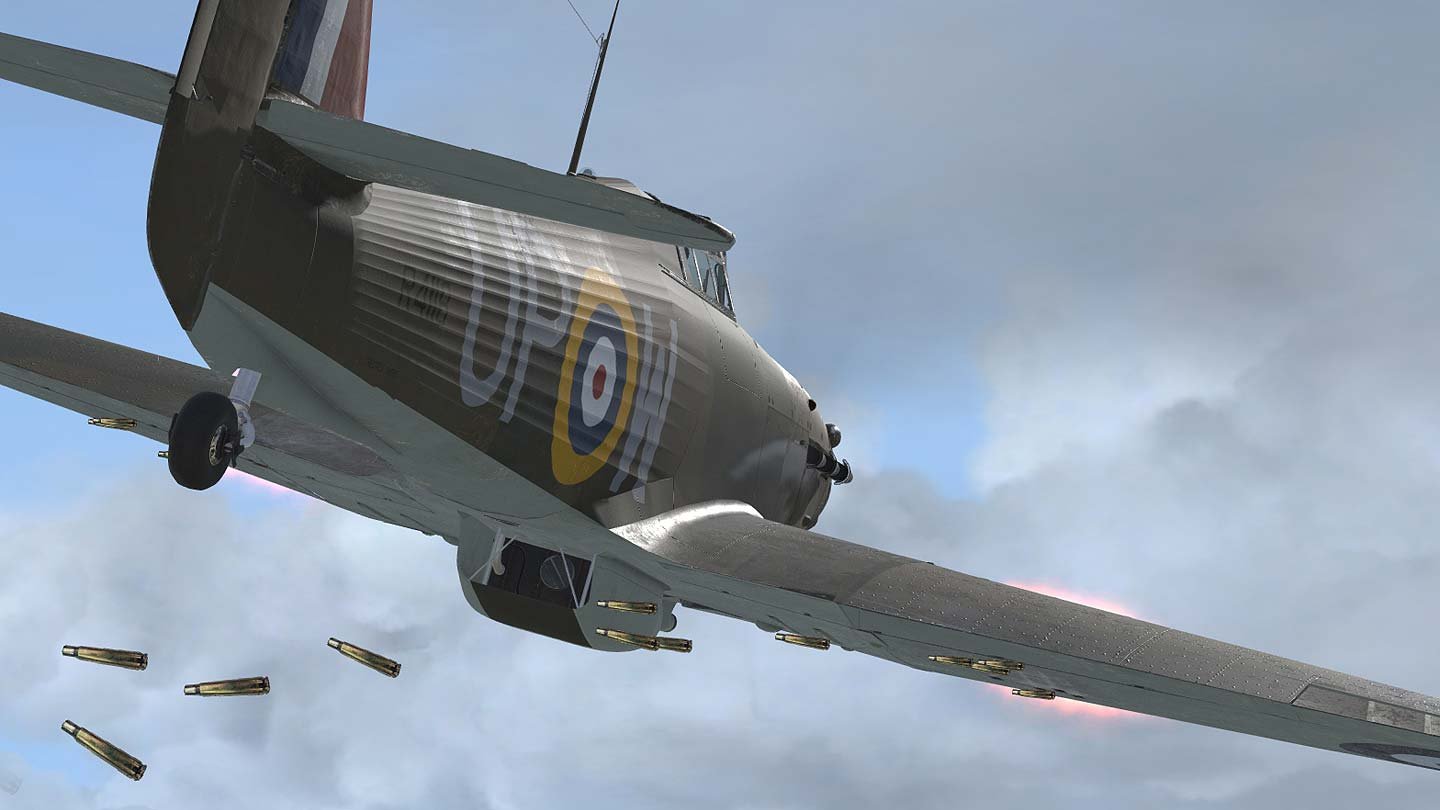 The MK1 variant saw service with the British Expeditionary Force during 1938 and 1939. A very different machine to the one that was to fight the Battle of Britain, early Hurricanes sported fabric wings and a two-blade wooden propeller. Following the evacuation of Dunkirk in 1940, several improvements were made to the Hawker design from lessons learned in combat with the new Messerschmitts.

Not the least of these was the fitting of a 3-blade variable pitch, constant speed propeller. This would come from Rotol or de Havilland.

Improvements were made to the Merlin powerplant and greater protection for the pilot came in the form of armoured windscreens and heavy armour plating behind the seat. The wings were skinned in metal and improved radio equipment was installed.

The rugged design had proved itself over and over in the Battle for France and it could take enormous punishment. This was due mainly to the fabric covering of the fuselage which was retained and allowed high-velocity cannon shells to pass through without inflicting damage to critical components.

The package from Aeroplane Heaven features a high-fidelity model with PBR (Physically Based Rendering) textures for (P3DV4.5). It comes with a detailed and authentic Merlin engine, Browning Machine Guns and a choice of exhaust stacks (fishtail or round profile, depending on prop configuration).

Professional quality paint kit will be made available after product launch.