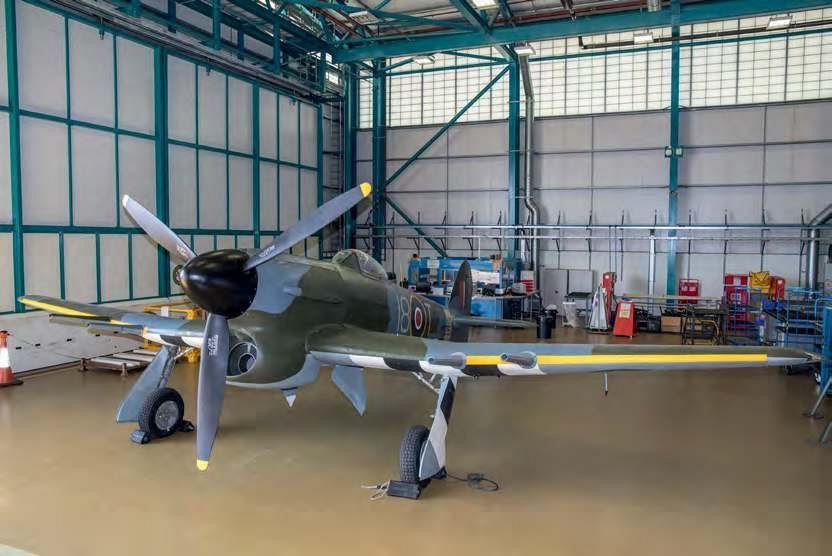 The world’s only complete Hawker Typhoon Ib, MN235, arrived back in the UK on 23 July after a four-year loan period at the Canada Aviation and Space Museum in Rockcliffe, Ottawa.

The Typhoon was reassembled in the Eurofighter Typhoon maintenance facility at RAF Coningsby by personnel from the RAF Museum, BAE Systems and the Battle of Britain Memorial Flight. On 30 July, MN235 was due to go on display to the public in the BBMF hangar still wearing the No 440 ‘City of Ottawa’ Squadron codes applied before it left for Canada in the spring of 2014. The aircraft has been taken to Coningsby following a BAE Systems initiative to bring the historic sole survivor to this Eurofighter Typhoon base during the RAF’s centenary year.