The nearly complete, smart new entrance building at The Helicopter Museum (above) — into which the remains of Cierva C30A AP506 (below) are nearly ready to go. THM 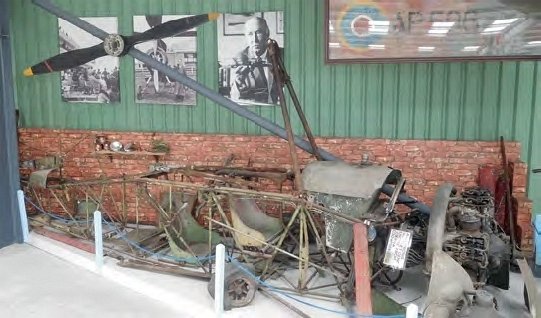 Work on a new entrance building at The Helicopter Museum in Weston-super-Mare, Somerset is now well under way, the structure being set to replace the original wooden Pratten building that had housed the reception, introductory displays, café and shop since the museum first opened its doors to the public in 1989.

THM has thus far self-funded the development programme, which will contain a new café and toilets, shop, reception, staff offices and a film theatre/meeting room, as well as refreshed introductory and educational displays. Its general manager Lee Mills says, “Even though the project was not considered as heritage or conservation-related — meaning that we were unable to secure grant aid for the project — we are receiving great support from a number of our volunteers who are helping with fundraising and the fitting-out work.”

Meanwhile, other museum volunteers have begun to prepare exhibits that will be relocated to the extension, including 1930s Cierva C30A autogyro AP506, which was discovered in the rafters of a garage near Cirencester more than 30 years ago. Used during the war for early warning radar station calibration on the east coast, the remains include a section of the machine’s original fabric bearing the RAF markings and serial number. Other exhibits will go into the new building this coming winter, freeing up space in the main display hangar.

Donations towards the project can be sent by BACS, cheque or credit/debit card. For details, visit www.helicoptermuseum.co.uk.