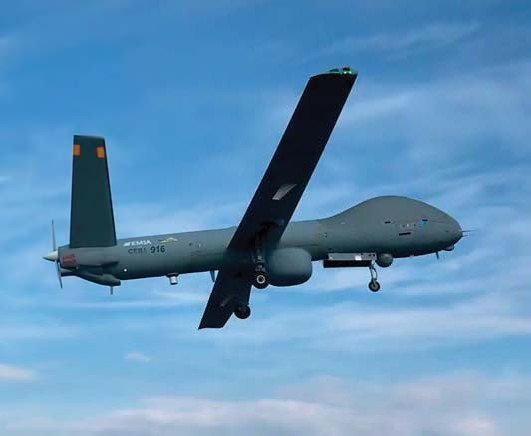 The Hermes 900 Maritime Patrol variant has recently been deployed to Iceland as part of the European Maritime Safety Agency contract.
Elbit Systems

Elbit Systems has started operating the maritime UAS patrol service available to countries in the EU under its contract between the European Maritime Safety Agency (EMSA) and the Portuguese company CEiiA.

Iceland is the first EU country to use this particular long-range UAS patrol service, with the Hermes 900 based at Egilsstaðir in the east of the island, from where the maritime environment for more than half of the Icelandic Exclusive Economic Zone can be monitored.

The Hermes 900 Maritime Patrol variant is tailored for littoral and ‘blue-water’ operations, featuring maritime radar, an electro-optical payload, satellite communication, an automatic identification system receiver and an emergency position-indicating radio beacon receiver. The Hermes 900 in use for the EMSA contract is, Elbit said, “adapted to withstand the strong winds and icy conditions common to the North Atlantic Ocean”. Mark Broadbent