It was an audacious attack: deploy special forces to Beirut International Airport by helicopter, destroy a number of parked airliners by blowing them up with explosives, and withdraw swiftly into the night. This was the Israeli Defence Forces’ plan in 1968 for Operation ‘Gift’, a retaliation against Palestinian terror attacks — and it worked 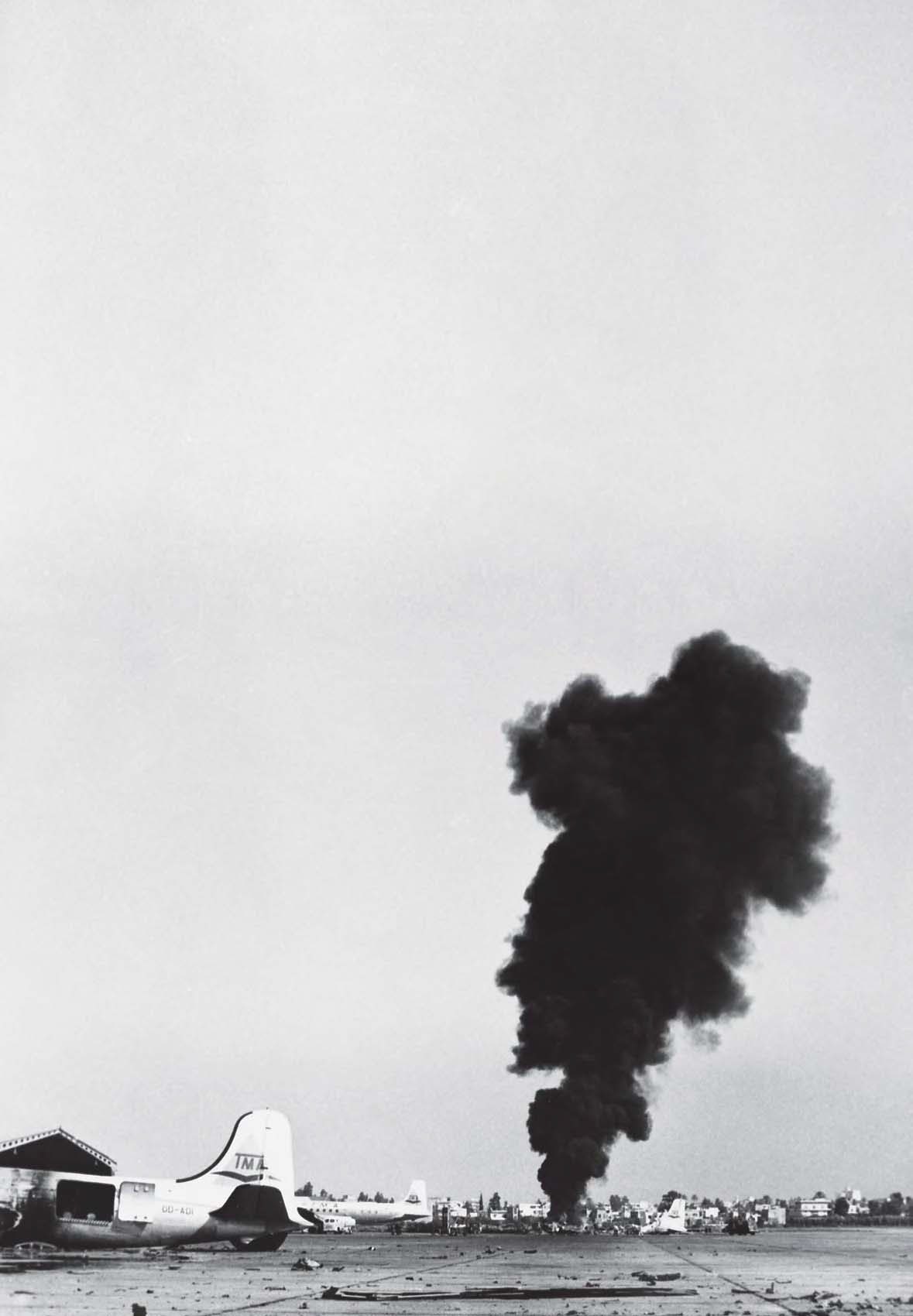 A pall of black, acrid smoke fills the sky as a fire still burns within the wreckage of TMA Douglas DC-6 OD-AEY. At left are the remains of DC-4 OD-ADI, and beyond is another TMA DC-6, which seems to have remained untouched.
ALL VIA AUTHOR UNLESS OTHERWISE CREDITED

The scene told its own story. At Beirut International Airport on the morning of 29 December 1968, burnt-out airliner hulks littered the main parking aprons, with other wrecked airframes near the hangars. It was just a few hours since the Israeli Defence Force had launched a surprise commando attack, its objective to respond to a pair of terrorist hijackings, its target parked aircraft belonging to Arab carriers. From the Israeli perspective, the mission was accomplished.