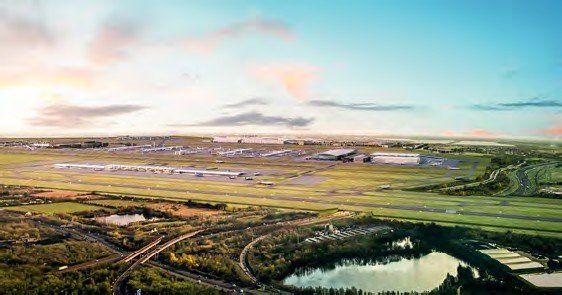 THE HIGH Court in London has ruled in favour of the government’s plan for a £14bn expansion of Heathrow Airport, rejecting five legal challenges to construction of a third runway at the UK’s largest aviation hub. Handing down the judgement, Lord Justice Hickinbottom, sitting with Justice Holgate, said: “We understand that these claims involve underlying issues upon which the parties – and indeed members of the public – hold strong and sincere views.” But the judges rejected the arguments, ruling the plans were lawful and that “all challenges should be dismissed”. Opposition campaigners including local councils, residents, environmental charities and London Mayor, Sadiq Khan, had argued that Transport Secretary Chris Grayling’s National Policy statement, setting out the government’s support for the project, ignored many environmental factors, including air quality, climate change, noise and congestion. The presiding judges found these were “not arguable grounds”.