Highlights in the heat

F-35A Lightning II A35-009 is one of two assigned to RAAF Base Williamtown with the tail markings of 3 Squadron.

THE 2019 Australian International Airshow at Avalon, south of Melbourne, was held between February 26 and March 3, amid unusually hot and dusty conditions that saw temperatures regularly reach the high 30s (centigrade) and even low 40s on at least one of the public days.

According to the show organisers, 699 exhibitors from 30 nations and over 375 aircraft attended the event, which according to CEO Ian Honnery made Avalon the fourth largest airshow in the world and the largest in the southern hemisphere.

Avalon 2019 also notched up a number of firsts, including the Australian debut of the Gulfstream 600, the first full display by a Royal Australian Air Force Lockheed Martin F-35A Lightning II and the first daylight landing of a US Air Force Northrop Grumman RQ-4B Global Hawk at an airshow.

While the Australian International Airshow has become a predominantly military event over the years, it is also well supported by the manufacturers of business aircraft, who see the Asia-Pacific region as a lucrative market.

This year, Gulfstream Aerospace was represented by examples of its new G600 and flagship G650ER, as well as its popular G550. Likewise, Embraer displayed its Phenom 300E and Legacy 500. Dassault contributed its flagship Falcon 8X as well as a locally registered Falcon 2000.

Pilatus had two examples of its new PC-24 on display – including one aircraft now in service with Australia’s Royal Flying Doctor Service, in air ambulance configuration.

Finally, there were single examples of the Cessna 525B Citation CJ3 and 680A Citation Latitude in the static line-up.

With Australian airpower largely recapitalised over the past decade, the attention of the manufacturers of military aircraft focused on the Royal New Zealand Air Force’s future air mobility capability (FAMC) requirements at Avalon 2019.

The FAMC project seeks to acquire one or two types of airlifter to replace the incumbent Lockheed C-130H Hercules and Boeing 757-2KC in both tactical and strategic airlift roles, beginning in the early part of the next decade. With the arguable exception of the Airbus Defence and Space C295, all likely contenders were present at Avalon 2019 in one form or another.

Airbus DS was keen to talk about the merits of its A400M, which was present at Avalon in the form of a Tentera Udara Diraja Malaysia (Royal Malaysian Air Force) aircraft from 22 Skuadron at Subang, near Kuala Lumpur. During the show, Airbus leased the aircraft back to from the Air Force to operate a number of short demonstration flights, but the aircraft otherwise remained in the static aircraft park. 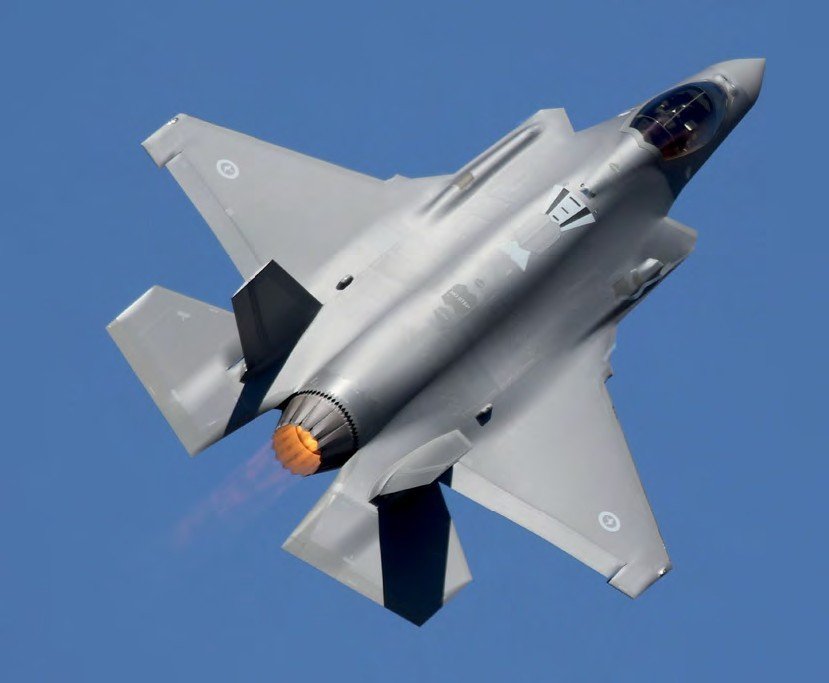 The Royal Australian Air Force was able to burn up the sky with its spirited F-35A Lightning II demo display powered by the enormously powerful Pratt & Whitney F135 turbofan generating 40,000lb of thrust.

During the show, a senior Airbus DS official said that the A400M was now maturing in service with current operators and the company is now actively turning its attention to the export market. AIR International understands that negotiations with a number of customers are in the detail phases and at least one announcement may be forthcoming during the course of 2019.

A Kawasaki Heavy Industries (KHI) C-2 from the Japan Air Defense Force’s 3rd Tactical Airlift Wing based at Miho participated in the daily flying display during Avalon 2019 and KHI was keen to extoll the aircraft’s virtues in the exhibition halls.

A company representative told AIR International that KHI had been in discussion with the Royal New Zealand Air Force about the capabilities of the C-2 for “several years”, but now that series production is now underway (a seventh aircraft was delivered to the JASDF shortly before Avalon), it is formally offering the aircraft against the FAMC requirement. 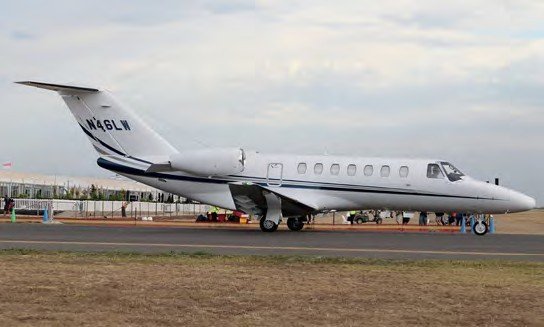 Textron Aviation’s Citation 525B N46LW (c/n 525B0532) participated in Avalon 2019 boosting the business aviation component of the show. 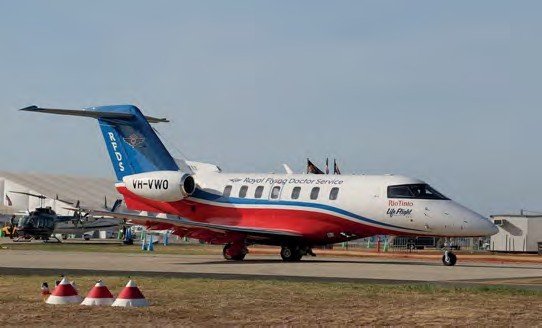 The official said: “We have just started marketing the aircraft [and] we expect the C-2 to be in production for at least ten years.”

The JASDF has a requirement for between 20 and 30 C-2s, to replace its ageing Kawasaki C-1 airlifters and the official said that KHI was also in talks with a number of countries other than New Zealand, but he declined to name either a specific country or region.

Leonardo is also offering the C-27J Spartan for at least the tactical component of the FAMC requirement and the company signed an agreement with Northrop Grumman Australia at Avalon 2019 to support the aircraft, should it be successful. Northrop Grumman Australia currently supports the Air Force’s ten Spartans and under a memorandum of understanding signed on the second trade day of the show the two companies will jointly bid for the FAMC programme.

Maurizio De Mitri, Leonardo’s Marketing and Sales Director, said: “With this partnership, we want to make Australia our hub for the C-27J in the region to provide New Zealand with true excellence…We are convinced that New Zealand would receive significant advantages by becoming the next Spartan customer.”

A number of Royal Australian Air Force Lockheed Martin C-130J-30 Hercules were present at Avalon, participating both in static and flying displays, and Lockheed Martin’s Director of International Business Development, Air Mobility and Maritime Missions, Rich Johnson, said the aircraft is also being offered for the FAMC programme.

Johnson also said that Lockheed Martin was in discussions with up to ten countries for C-130Js, including India, Indonesia, Japan, New Zealand, South Korea and Taiwan in the Asia-Pacific region alone. In other New Zealand-related news at Avalon 2019, Airbus Australia Pacific announced it had won a contract extension for the support of the Royal New Zealand Air Force’s Lockheed C-130H and P-3K2 Orion fleets and will now also include the service’s Kaman SH-2G(i) Super Seasprite helicopters.

The Royal Australian Air Force has been quietly increasing the capability of its 12 C-130Js in a series of trials and upgrades under the auspices of Plan Jericho, the Chief of Air Force’s vision of a fifthgeneration future.

To underscore these new capabilities, one aircraft was featured in the static display at Avalon 2019, complete with underwing fuel tanks. The aircraft was positioned between an Army CH-47F Chinook helicopter and M1A1 Abrams Main Battle Tank, to represent an enhanced forward arming and refuelling point (FARP) capability.

While the FARP concept is far from new, a recent software block upgrade (Block Upgrade 6.1) has permitted maximum take-off weight to be increased to 174,000lb (79 tonnes), making the carriage of external tanks to either increase aircraft range or improve fuel offload in a FARP situation viable. The Royal Australian Air Force will permanently fit two aircraft with the external tanks, with the possibility of a third aircraft being modified at a later date.

Other enhancements being already trialled and now being rolled out through the Hercules fleet include a Link 16 Tactical Data Link and Northrop Grumman AAQ-24 Large Aircraft Infra-Red Countermeasures. The Royal Australian Air Force has also successfully trialled a Ka-band satcom system on one aircraft and is considering rolling this out through the fleet (subject to funding). It is also considering the adaption of Northrop Grumman AAQ-28 Litening targeting pods, to provide an intelligence, surveillance and reconnaissance (ISR) capability.

The Litening pods will become available in sufficient numbers as the Royal Australian Air Force draws down its ‘Classic’ Hornet fleet between now and the end of 2022, but funding is yet to be allocated.

Tentera Udara Diraja Malaysia A400 M54-04 operated by 22 Skuadron based at Subang, was leased back by Airbus Defence and flown to Avalon in a bid to woo the Royal New Zealand Air Force with the giant behemoth. 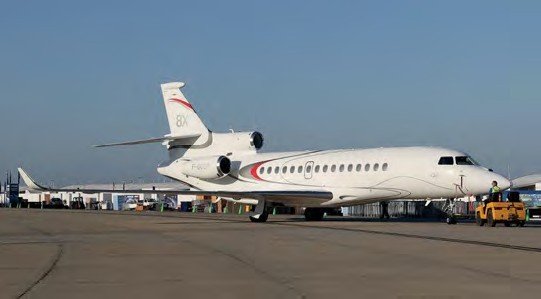 Dassault Aviation’s flagship Falcon 8X F-GCDP (c/n 439) is a company demonstrator no doubt made light work of the long journey from Bordeaux-Merignac to Avalon.

Speaking prior to Avalon 2019, Air Commodore Bill Kourelakos, Commander of the Royal Australian Air Force Air Mobility Group, said: “If we were able to put a pod on the wing of the aircraft, we could obtain imagery of an objective area ourselves and pipe it through the satcom and be a provider of imagery back to Joint Headquarters…But it can’t be at the expense of our primary mission, which is moving people and cargo. We are not in the business of turning the C-130J into a surveillance platform.”

The Royal Australian Air Force used Avalon 2019 to provide an update on some of its major capability acquisition programmes, notably including the F-35A Lightning II, which is now beginning to replace the ‘Classic’ Hornet in the air combat role.

The first two F-35As were delivered to Australia in December last year and both were present at Avalon, taking part in the static and flying displays, including the first ever full handling display of the fifth-generation fighter in the southern hemisphere.

The two aircraft (actually the ninth and tenth Australian jets) are currently undergoing a two-year verification and validation (V&V) period of testing in the lead up to initial operational capability (IOC) for the type, scheduled to occur at the end of 2020. Six further aircraft will be delivered to Australia by the end of 2019, joining several others currently based in the United States to support international F-35 training.

From an operational perspective, Air Cdre Kitcher said that the ten Royal Australian Air Force jets have flown a total of 2,600 hours and 1,750 sorties and there are currently 15 Air Force pilots trained on the aircraft: “There are still some challenges in the F-35 space, but they are relatively well documented [and] there are no surprises there. As the operational commander it’s actually better than what I expected it to be by now…When you talk to the young aircrew, the men and women who fly the aircraft, there’s no chance they want to go back to a Hornet or Super Hornet, they want to fly the F-35 and it’s improving all the time.”

Speaking about the two-year V&V programme, AVM Gordon said: “There’s no doubt that this is a complex endeavour and the V&V programme is one of our key strategies to manage that complexity. We want to try everything twice – the first time, we want to try early enough that we can fix whatever goes wrong, to be able to successfully do it the second time…It’s great to have the success we’re having so far, but I wouldn’t want to say that IOC is in the bag. There are things we have to work through, and respond to, but we are positive that we are doing the best we can to mitigate those risks.”

The Australian government, through the Department of Home Affairs and its Border Force organisation, has recently released a request for information (RFI) to industry for a new maritime surveillance capability and Chappel Confirmed that Northrop Grumman has offered Firebird.

He said: “We haven’t spoken to the Australian government yet, but it’s an application and a mission set that we certainly believe has some applicability. We will be following that with Border Force very closely [and] we have responded to the RFI.”

Firebird is a piston-engine medium-altitude long-endurance capability with an endurance of up to 30 hours. The Firebird is made from composite materials and developed by NG subsidiary Scale Composites at Mojave, California. Two prototypes are now flying and a third will soon join the development programme, Chappel said. The launch customer is an undisclosed US government agency.

Chappel added: “We are marketing the airplane now because it has gotten to the stage where the initial production programme is assured and we wanted to make sure we were all good before we started talking to customers.” Chappel also said that other (as yet undisclosed) systems will be offered alongside Firebird when more details of Australia’s maritime surveillance requirements are known. 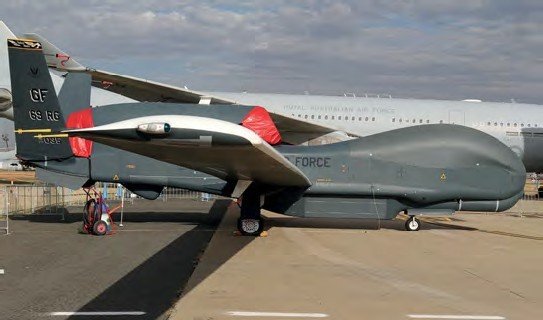 US Air Force RQ-4 Global Hawk 08-035/GF wearing tail markings for the commander of Det 1, 69th Reconnaissance Group based at Anderson Air Force Base on the island of Guam.