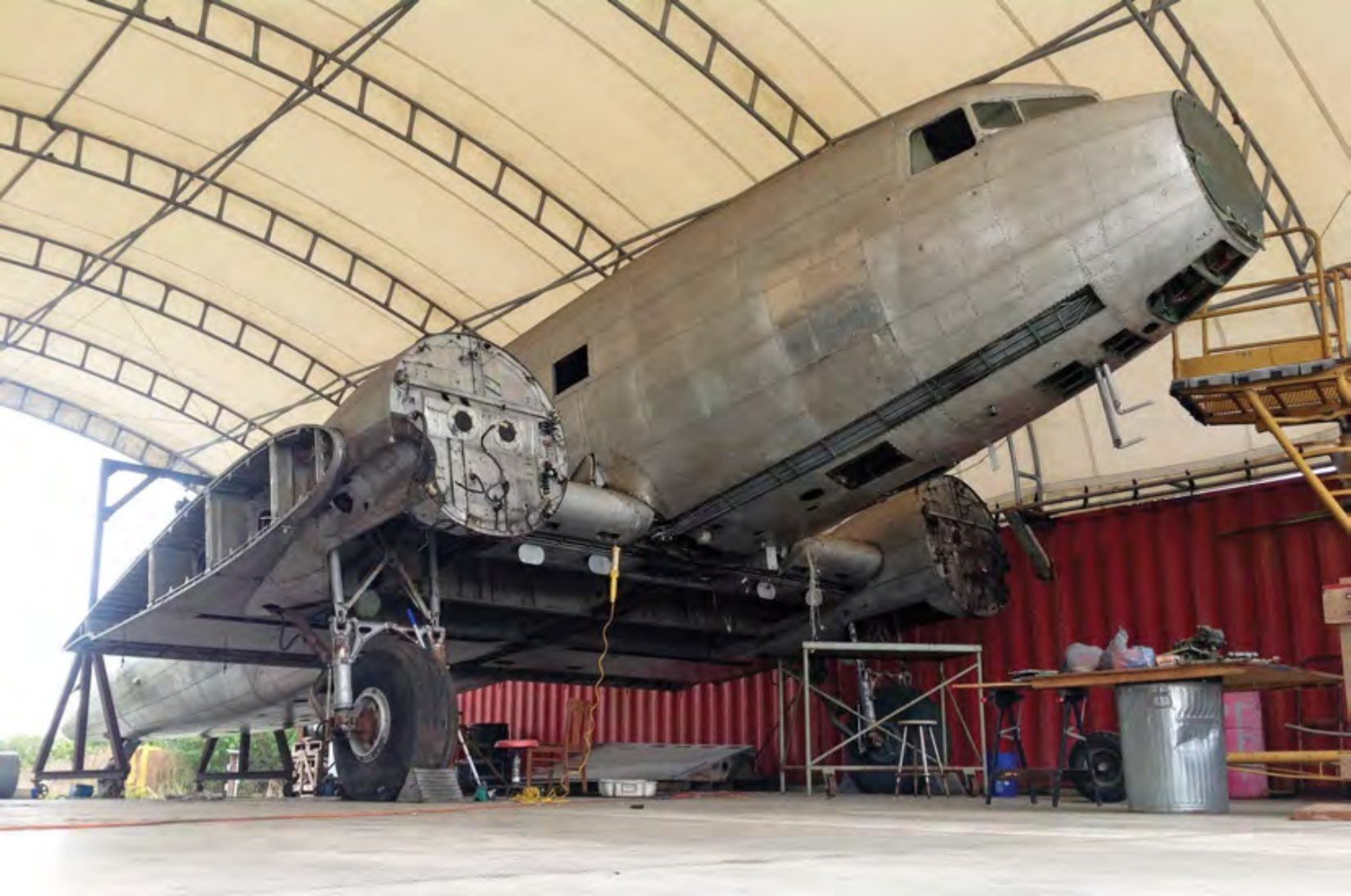 In late February, D-Day veteran Douglas C-47A Skytrain 42-100521 was being prepared at Punta Gorda, Florida for shipment to the UK for restoration back to its 1944 configuration. Once airworthy, it will be based at Membury, Berkshire, from where it flew to Normandy twice on 6 June 1944. It will be the only C-47 in the UK to be housed at the airfield from which it operated during the war.

The machine is owned by commercial pilot Charlie Walker and his father Philip, who owns the Membury estate and runs the company he founded, Walker Logistics, from Membury. Charlie — who co-pilots the Aces High C-47 at displays — says: “My father and I bought the aircraft in November 2012. A friend of mine, [aircraft engineer] Tom Woodhouse, tracked down the aircraft for us. The idea was to find a Membury C-47 with combat history, restore it, return it to Membury and fly it from the original runway. We intend to resurface the runway and add a Troop Carrier Museum.”

The aircraft is being dismantled by a team from South-east London-based C-47 specialists Edwards Brothers Aviation.

Charlie continues: “The rough plan is get everything disassembled into various sections, collate all parts and move everything by road to Brunswick, Georgia. From Brunswick it’s a three-week ocean trip to Southampton on a vessel designed to carry vehicles and over-sized cargo. Once in Southampton it’s on by road to Coventry where engineer Ben Cox is waiting to take on the project. There are about 12 solid months of restoration to complete. Ben is running the show, and Clive Edwards will be involved with specific project work.

“The aim is to be flying by the end of 2018 with a debut at a rather significant D-Day event in 2019! I am rated myself so I will fly with another experienced pilot, Andrew Dixon.”

Built at the Douglas plant at Long Beach, California in October 1943 as C-47A 42-100521, it was operated by the 436th Troop Carrier Group from Membury, and given the name Night Fright. During the early hours of 6 June on Mission ‘Albany’, the opening action of Operation ‘Neptune’, Night Fright dropped paratroopers from the 101st Airborne Division ‘The Screaming Eagles’ east and south of Sainte-Mère-Église. After returning safely to Membury, at 20.37hrs that night it flew back to Normandy on Mission ‘Elmira’, which saw 50 C-47s from the 436th towing a total of 50 troop carrying gliders (48 Airspeed Horsas and two Waco CG-4As) to a landing zone between Sainte-Mère-Église and Carentan. As part of the second wave of ‘Elmira’, the 436th took heavy fire from the ground, Night Fright receiving more than 100 hits, before returning to Membury. The aircraft was then out of service for four days while repairs were carried out. Night Fright went on to tow a CG-4A on Operation ‘Varsity’, the Rhine crossing, on 24 March 1945. 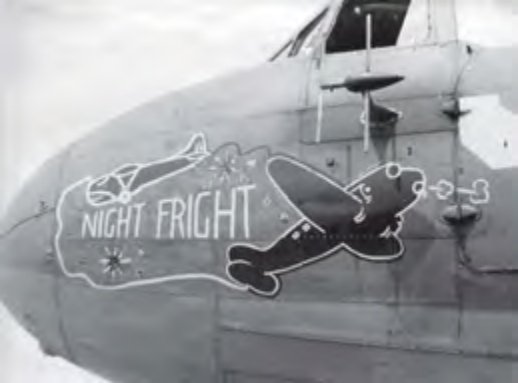 Aeroplane will be following the project up to the D-Day 75th anniversary flight back to Normandy in June 2019.