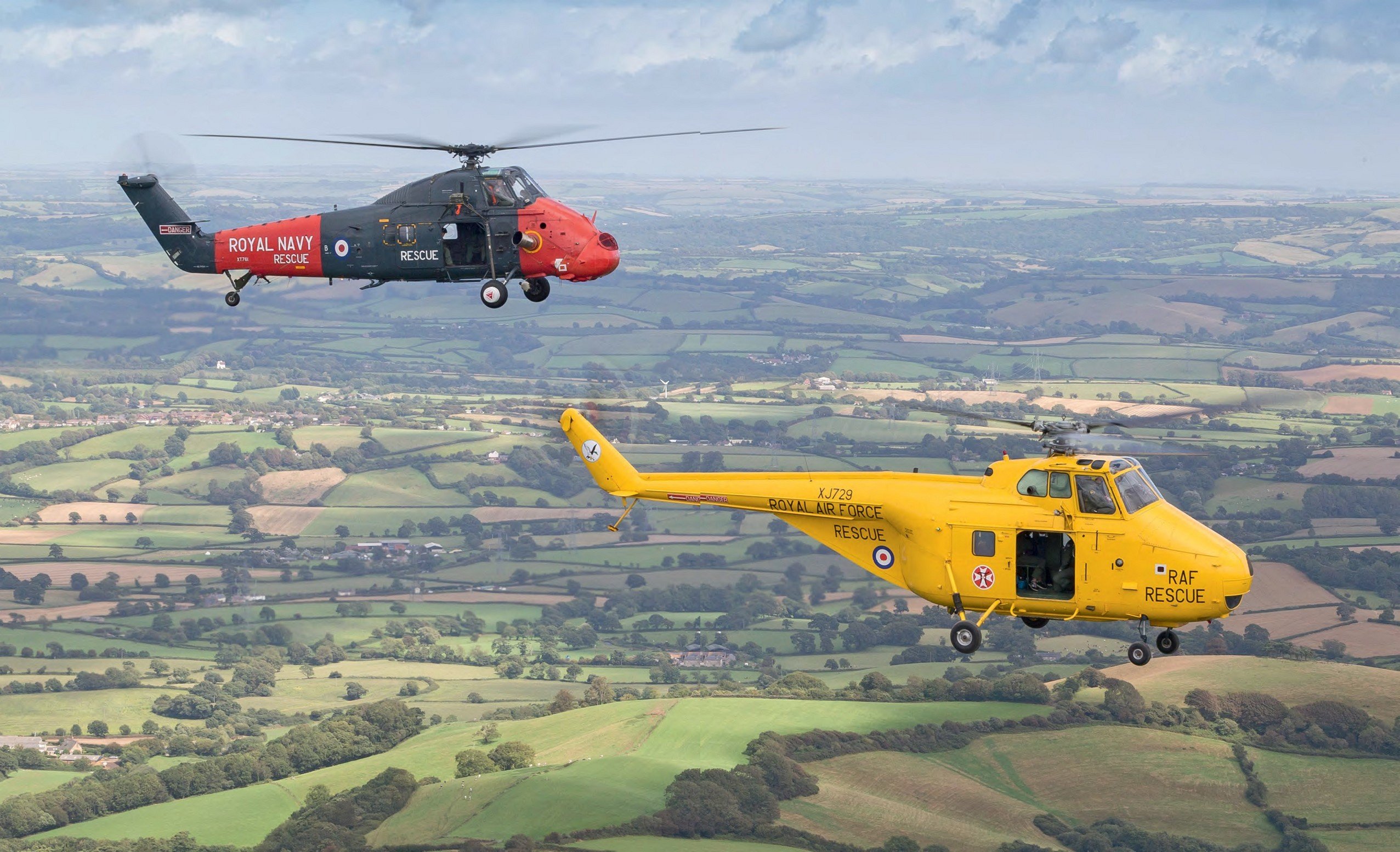 The Westland Wessex (top) accompanied by its hangar mate, the yellow-painted Whirlwind, heading out to the Somerset coast during an exclusive ‘FlyPast’ photo sortie.

Nestled close to the Blackdown Hills and flanked by stunning coastline, the Historic Helicopters (HH) base at Cricket St Thomas is perfectly placed. After all, it is around this area that its fleet of ex-service machines would have commonly flown when operated by both the RAF and Royal Navy. It’s also an area steeped in rotary-wing history, with the Westland production facility at Yeovil just 15 miles away, although the famous company is now called Leonardo.