Honeycomb Aeronautical entered the flight simulation scene with a bang in 2019 when it launched the highly acclaimed Alpha Flight Controls (see Issue 122). The company broke new ground, paving the way with a yoke that was unrivalled in terms of build quality and realism. Since then, Honeycomb has released the Bravo Throttle Quadrant, with the Charlie Rudder Pedals due to be released later this year. It has now launched a new and improved version of the inaugural yoke called the Alpha Flight Controls XPC. Like the previous iteration, it is PC- and Mac-compatible but also adds Xbox Series X|S support. 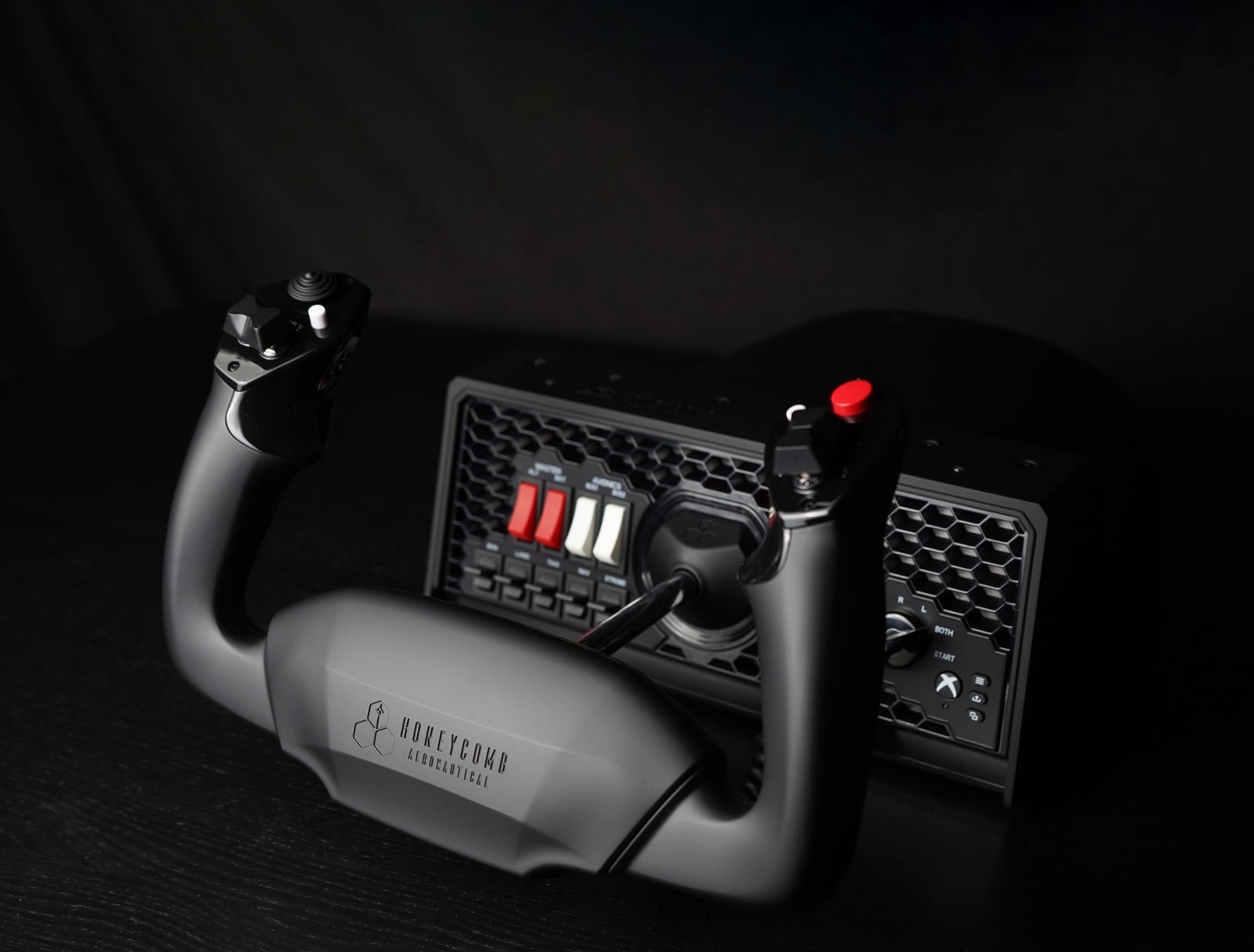 So when Honeycomb’s CEO, Nicki Repenning, approached us with the exciting news that the development of the upgraded Alpha XPC yoke was complete, it seemed like the perfect opportunity to find out more.