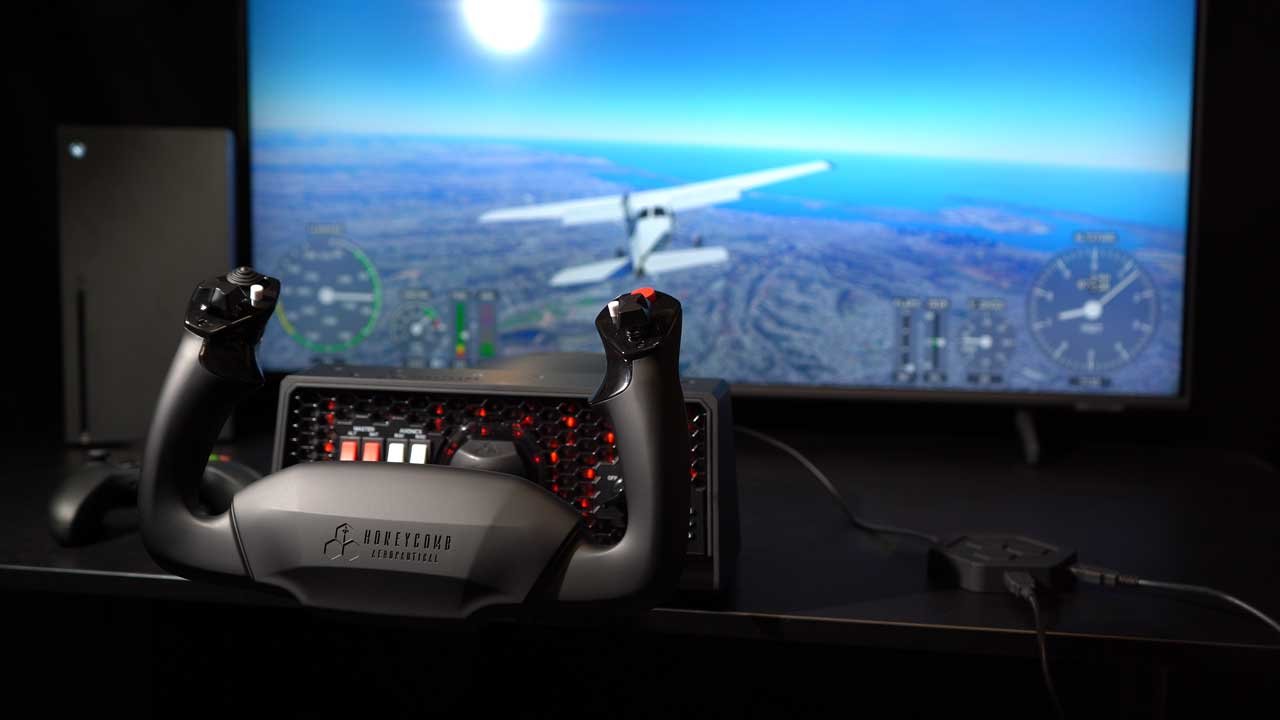 The yoke sports a full 180° yoke rotation with upgraded 12-bit high-quality Hall effect sensors to provide smooth precision and zero centre detents. The base features an updated design and includes all the switches from the existing Alpha and a new spring-loaded 5-position ignition switch. The left and right handles feature 13 programmable buttons and switches.

The Alpha Flight Controls XPC are available exclusively for pre-order on www.flyhoneycomb.com and will retail at $349.99 (approx £290). Shipping from Honeycomb’s US/EU warehouse will start on September 15.

The Honeycomb Xbox Hub, also releasing on September 15, will allow the Bravo Throttle Quadrant and the upcoming Charlie Rudder Pedals to be used in combination with the new Alpha XPC on the Xbox Series X|S. Similar to the Alpha XPC, the Honeycomb Xbox Hub will offer the same shipping options and will retail at $39.99 (approx £33). 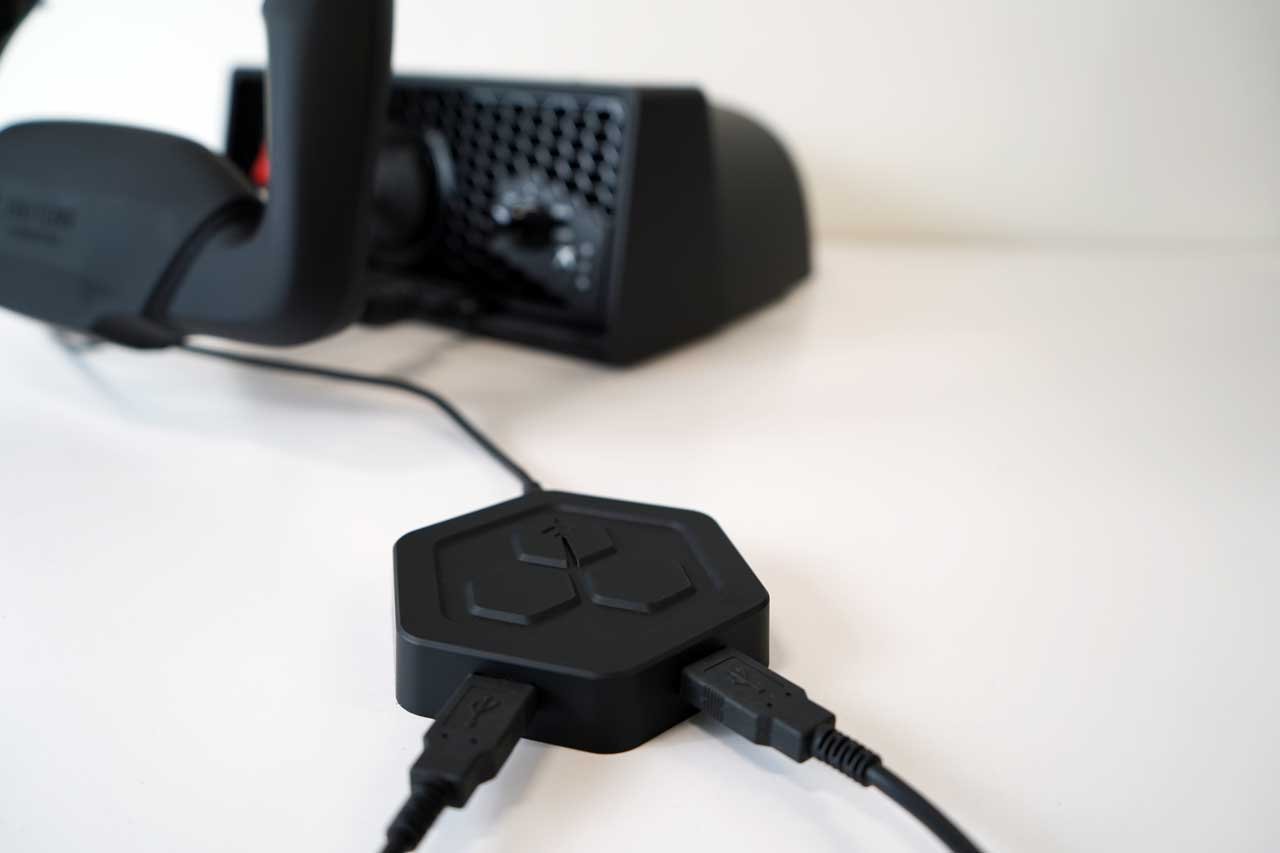 The Xbox Hub is also compatible with the Logitech Flight USB Throttle and Rudder Pedals. The Alpha XPC/Xbox and Hub/Logitech Flight Throttle bundle will be offered through retail partners for $429.99 (approx £355).

Further information on release dates and shipping schedule will be provided in the coming weeks on social media @Flyhoneycomb.