Honeycomb Aeronautical has announced major product updates including the launch of a new joystick and throttle, and Xbox support for its entire range of controllers. 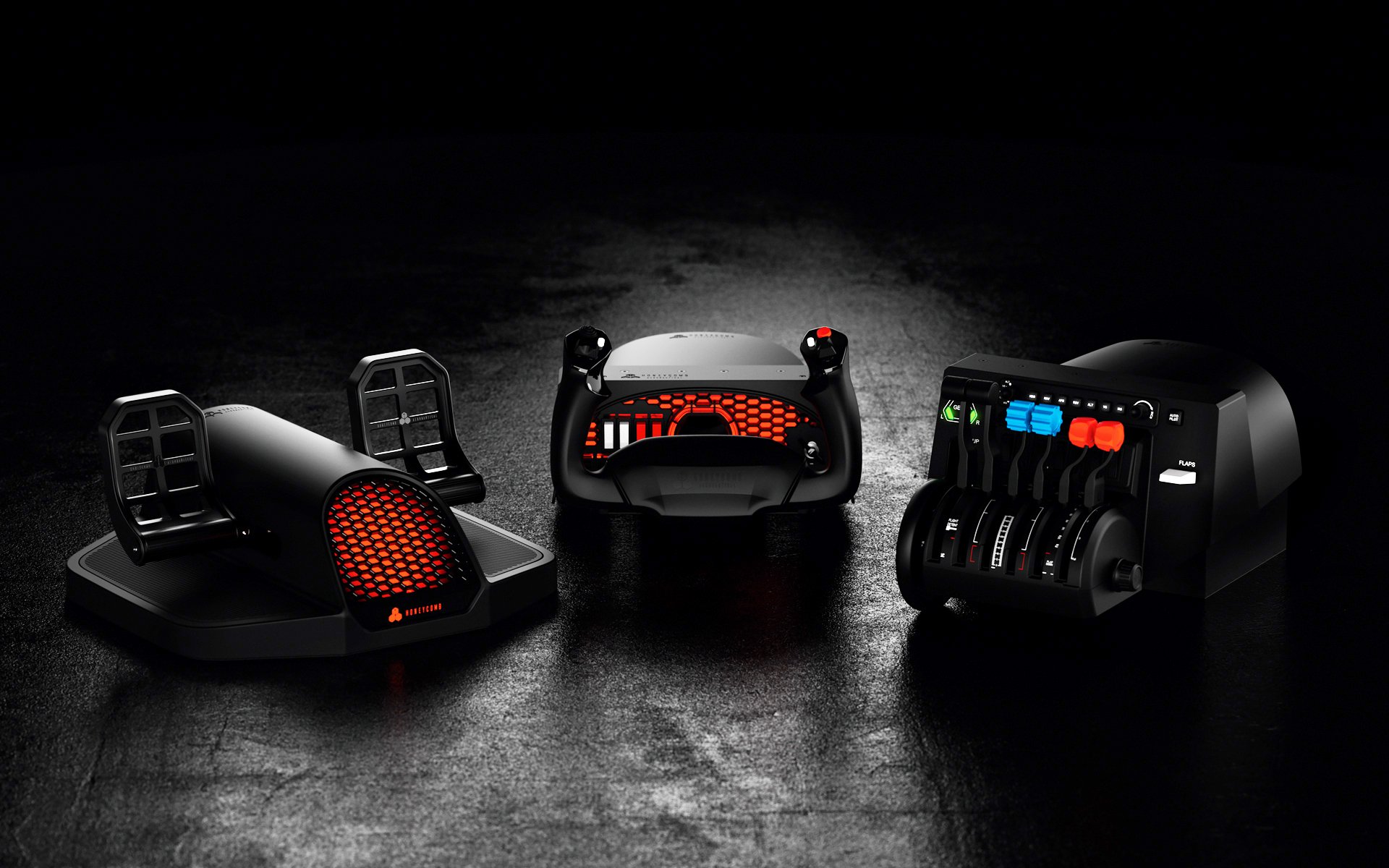 First up, Honeycomb has revealed it is launching the all-new Tango Foxtrot Flight Stick and Throttle. The dual controllers are inspired by commercial aircraft and feature detachable sticks, which can be swapped out for left-or righthanded use. Nicki Repenning, CEO of Honeycomb Aeronautical, explained the reason for including two separate sticks, rather than one ambidextrous unit, was to not compromise on the grip ergonomics.

In terms of features, the base of the stick comes with five programmable buttons and toggle switches, three rotary switches and a detachable undercarriage lever, which can be moved to either side of the stick for left-or right-handed use. The stick is equipped with a dual rocker switch, an eight-way HAT switch, two buttons, and a trigger.

The throttle unit features twin throttle levers with thrust reversers, which can be set up with or without detents so they can be configured for light aircraft or airliners with or without reverse thrust. They can also be locked in place for flying single-engine machines. The list of features continues with a TOGA (Take-Off/Go-Around) switch and A/T (Autothrottle) disconnect buttons. The speed brake and flap levers come with an authentic ‘pull to unlock’ function, which can be disabled when flying GA aircraft. Finally, the throttle also features engine start switches as well as rudder trim, autobrake, parking brake, and an engine and an APU fire suppression system. The detachable base is designed to provide a sturdy platform for flying from the comfort of your sofa, although under-desk telescopic mounts are also planned. The Tango Foxtrot is scheduled for release in the second or third quarter of 2021 for Xbox and PC and will retail for $249.99 (£195 approx). 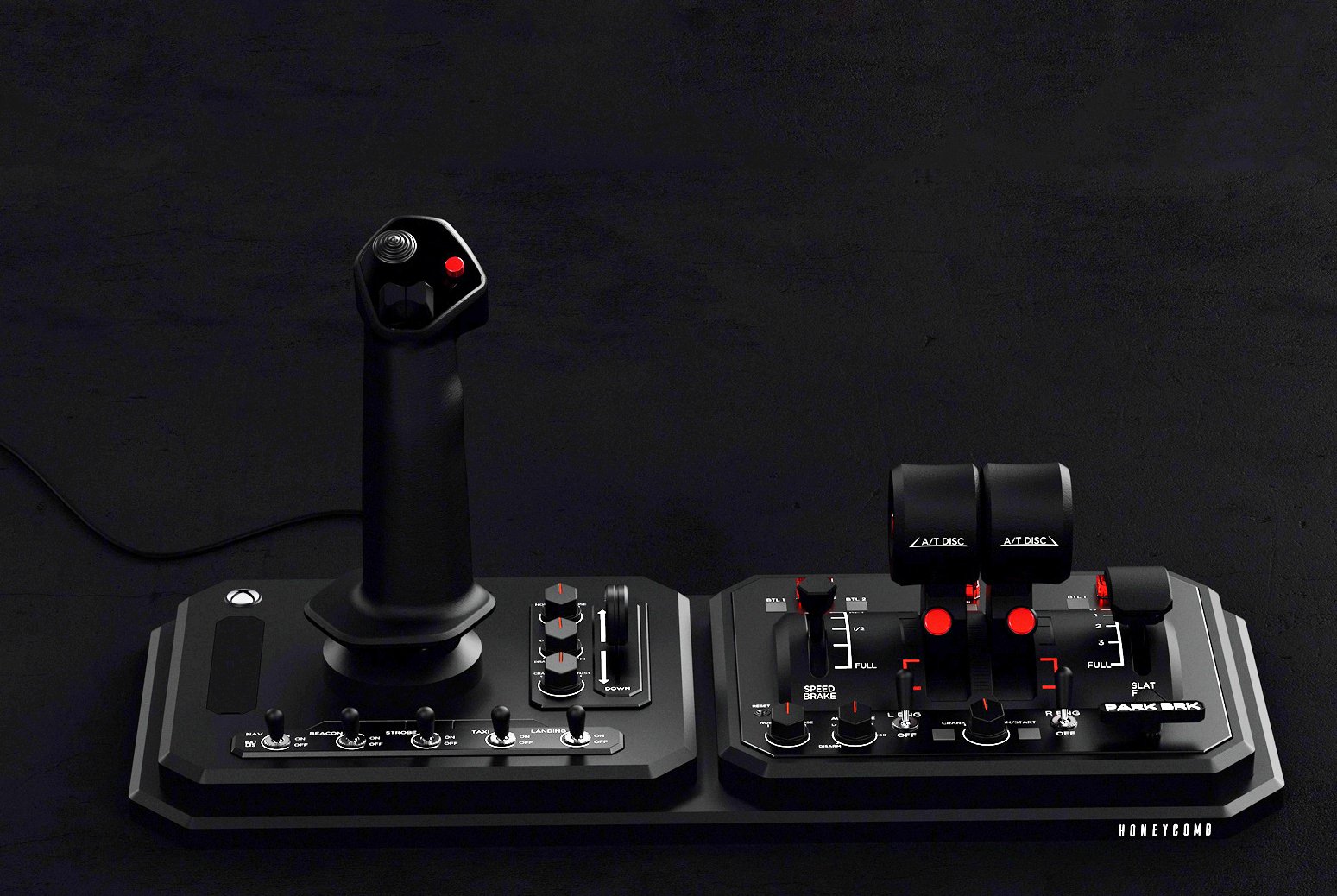 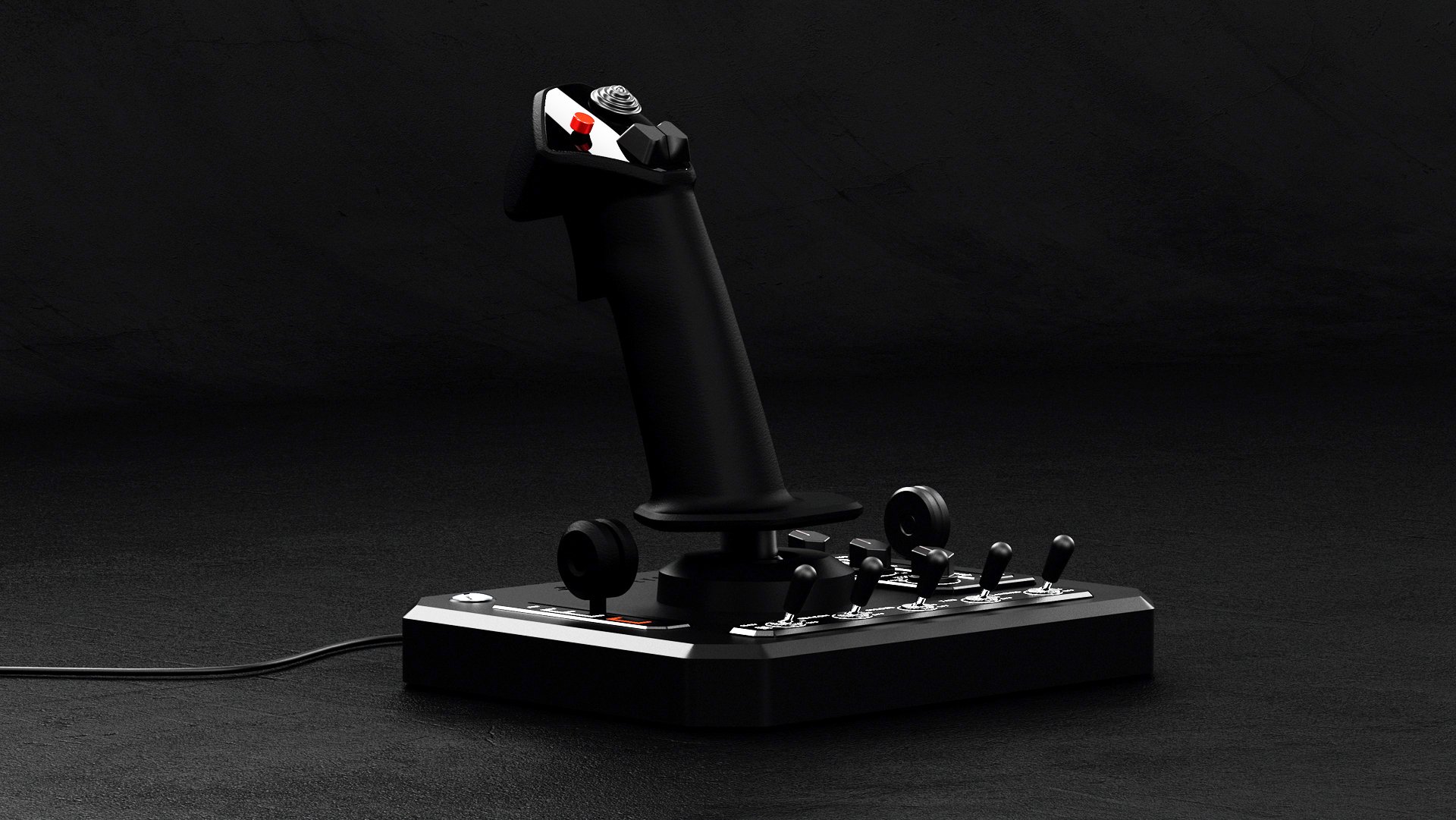 Honeycomb has revealed that a new version of the Alpha Flight Controls yoke is due to be launched in the second quarter of 2021. As well as working on PC, the new yoke also adds Xbox support. Please note, the old Alpha yoke will be discontinued.

According to Nicki Repenning, CEO of Honeycomb Aeronautical, the updates to the yoke are mostly internal for adding Xbox Series X|S compatibility. It will also be fitted with Xbox buttons, but Nicki explained they are discreetly embossed to retain the authentic look and feel of realistic aircraft controls. The retail price for the new yoke will remain at $249.99 (£194 approx) despite the new features and Xbox support.

Both the Bravo Throttle Quadrant and the Charlie Rudder Pedals will be compatible with the Xbox Series X|S by connecting them to the new Alpha Flight Controls or Foxtrot Flight Stick via the Honeycomb XBOX Hub. The Honeycomb XBOX Hub will be sold separately for $29.99 (£23 approx). 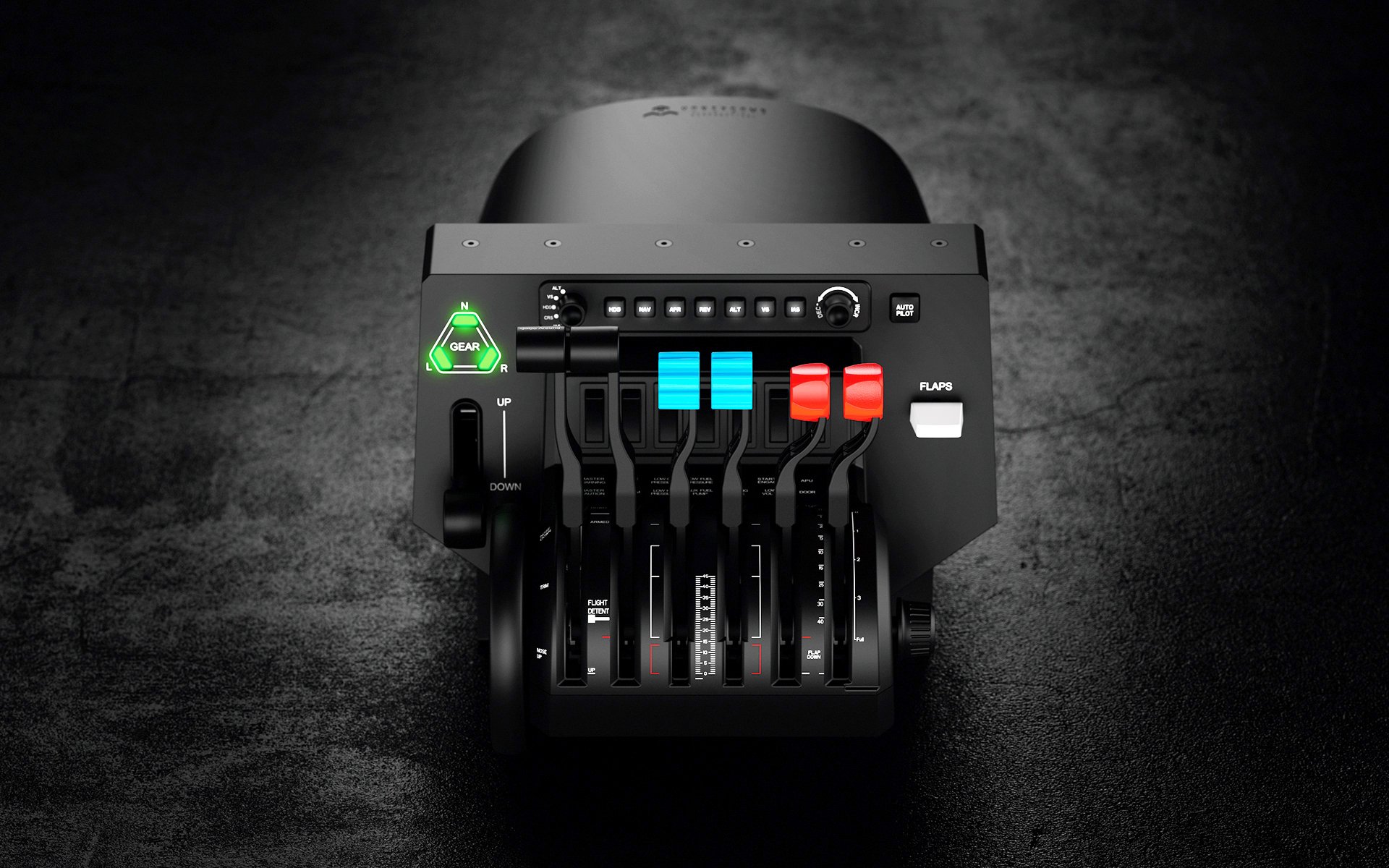 The Charlie Rudder Pedals feature an authentic horizontal pedal movement similar to commercial rudder pedals, driven by a heavyduty belt drive to replicate the feel of a pulley system found in general aviation aircraft. The aluminium pedals slide on steel rails while the toe brakes have been equipped with load cells to provide much more authentic braking forces compared with conventional pots. The pedals include multiple-sized carpet spikes as well as inserts for an optional weight system which adds almost 20lb of weights to prevent slippage on any surface. The optional weight system is sold separately for $39.99 (£31 approx) The Bravo Throttle Quadrant and Charlie Rudder Pedals will retail at $249.99 each. 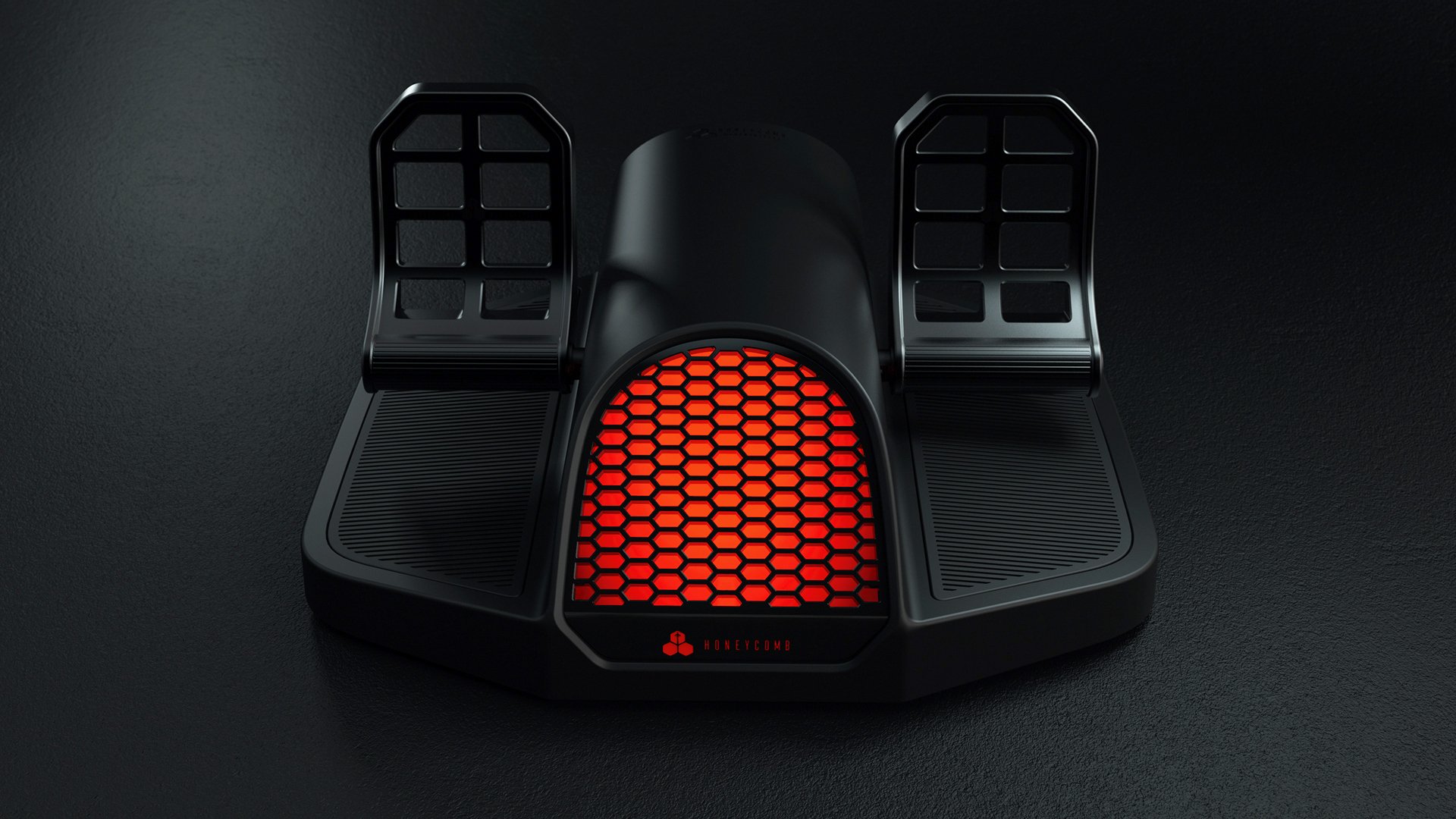 For all the latest and very best in flight simulation content, why not sign up to the Key.Aero newsletter, with new content landing in your inbox straight from the editors desk?